Thousands of South Australian public sector nurses and midwives have voted in favour of a new Enterprise Agreement that will secure pay increases of 13-14% across the term of the deal.

Under the Agreement, successive yearly wage increases of 3% until 2025 will be supplemented by two additional payments of $1500 in the first two years.

Other improvements include the Continuing Professional Development allowance (designed to facilitate increased nursing expertise) more than doubling, with $400 per year increases.

The ANMF (SA Branch) was also able to achieve substantial car parking savings for its members, with new hospital car parking charges of $2.50 per day, along with free public transport.

Importantly, the Agreement includes a number of review provisions, which commit the parties to developing new strategies, entitlements and provisions around retention recognition and staffing. They contain deadlines that will enable the union to hold the Government to account and give members certainty around the delivery of outcomes.

“This Agreement positions nursing and midwifery well at a time when we need to attract and retain as many people within the professions as possible,” Ms Dabars said. 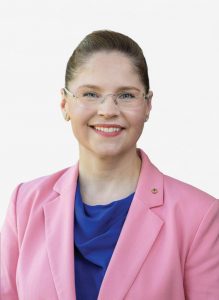 Key goals, endorsed by members at the outset of the latest round of bargaining, included transitioning existing staffing provision in preparation for ratios legislation, increased pay and conditions, and plans to address key work health and safety issues such as violence and fatigue.

“Thanks to the united position of members, and strong and effective negotiations led by the ANMF (SA Branch) team, we have been able to achieve a strong outcome,’’ Ms Dabars said.

“Members should feel very proud of this achievement, especially in a climate of great uncertainty for many in the community.”

Industrial Relations and Public Sector Minister Kyam Maher said it was great to see a fair pay deal struck with the state’s hardworking nurses and midwives.

“The Government recognises the extraordinary contribution of South Australia’s nurses and midwives to the community throughout the pandemic, and is pleased to see their support for this agreement after extensive good faith negotiations,” Mr Maher said.