Residents in nursing homes that fail to have safe staffing levels including a registered nurse (RN) on duty 24/7 are missing out on crucial care, placing their wellbeing at risk, warns the Australian Nursing and Midwifery Federation (ANMF).

The union said while there were nursing homes across the country that employed RNs around the clock, there were others that failed to have RN coverage overnight and after hours- or in some cases required RNs to work on-call offsite.

“Without RN’s 24-7 it’s not only unfair on residents but also on carers and enrolled nurses who are doing the best they can, working unsupported while trying to manage under inadequate staffing levels.”

Ms Butler argued that the only way to fix the situation and maintain RNs 24/7 at all sites was through national legislation.

“Until the Federal Government mandates adequate numbers of RNs in all nursing homes at all times, we will continue to see unsafe care being provided to aged care residents nationwide,” she said.

In the absence of Federal law, the Victorian and Queensland state governments have taken steps in recent years to legislate RNs 24/7 in their state-run nursing homes.

Other aged care facilities have also included the requirement as part of their nurses’ Enterprise Bargaining Agreements (EBAs).

But while Ms Butler said these inclusions were a positive step in the right direction, there were no guarantees that EBAs would ensure RNs in nursing homes at all times.

“Given that the responsibility for regulation, policy development and funding for all nursing homes nationwide rests with the Federal Government, the only way we can safeguard an RN rostered around the clock in nursing homes is to have this crucial requirement mandated through national legislation.”

“One of the greatest tragedies in the aged care system is that due to the weakening of qualified staff requirements, providers have been able to reduce the number and proportion of nurses working in the system and increase the proportion of lowly paid care workers,” Commissioner Lynelle Briggs stated in the report.

Based on these findings, the report recommended the minimum staff time standard requires at least one RN on the morning and afternoon shifts from 1 July 2022 and an introduction of 24-hour RN staffing from July 2024.

The ANMF said the Royal Commission’s recommendations were a start but urged the Government to go further and immediately implement RNs on sites at all times. 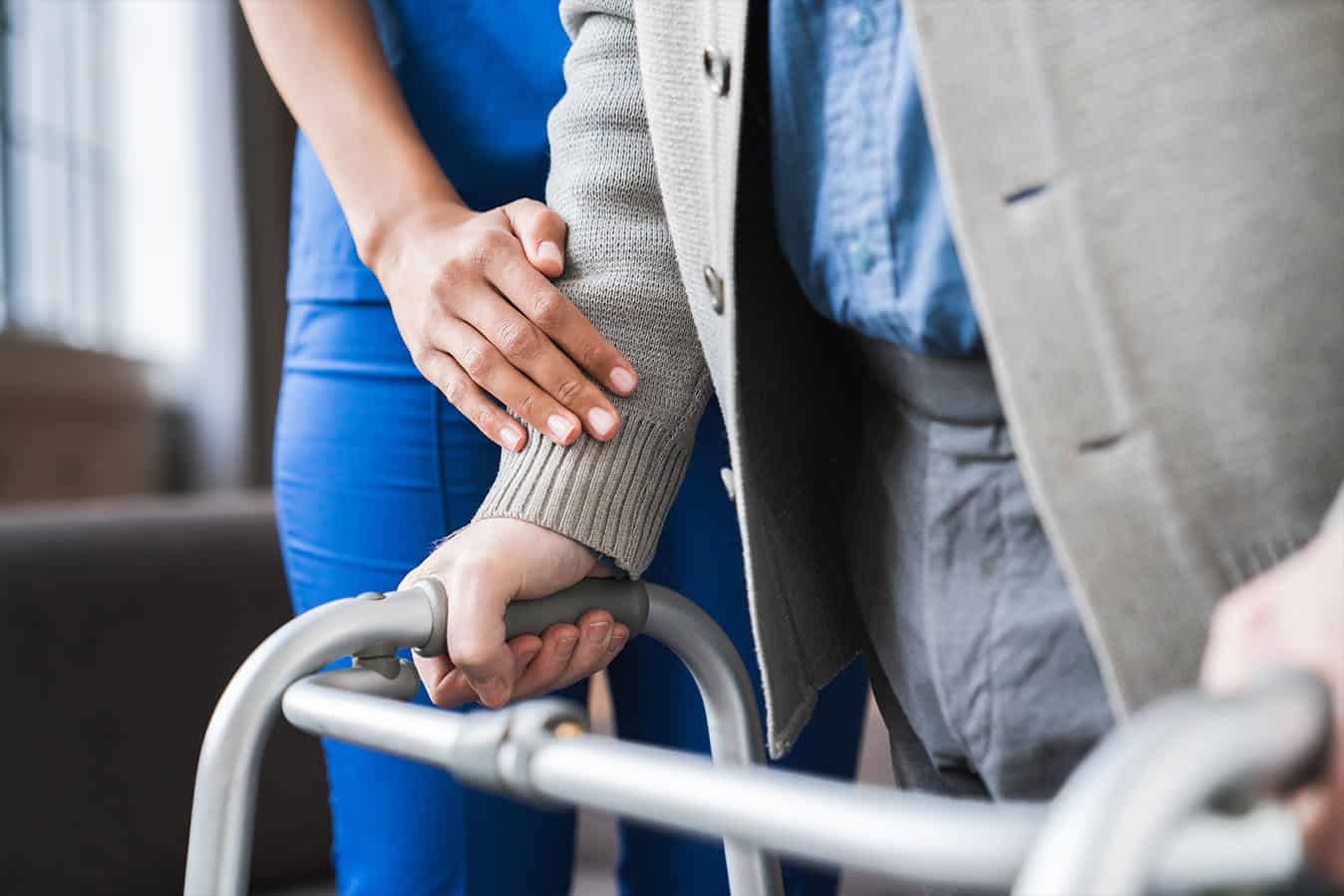 “The Morrison Government must act now to fix the crisis in aged care – every day they delay is another day vulnerable nursing homes residents continue to suffer,” Ms Butler said at the time of the report.

“Doctors and nurses see no justifiable reason for the three-year wait to implement what is a basic human right for anyone requiring best-practice care. A sufficient, committed and high-quality workforce is one of the main factors impacting the quality and safety of aged care,” she said.

However, the Federal Government have failed to take on the advice of the union or the Royal Commission with no plans to legislate RNs 24/7 to date.

Why Registered Nurses are essential in aged care

Legislating RNs around the clock in nursing homes is one of the most crucial elements in reforming the sector, Ms Butler said.

Ms Butler said RNs were educated to a minimum standard and bound by their professional standards and code of conduct to provide person-centred care.

“They provide safe, person-centred and evidence-based practice to support and improve the health and wellbeing of residents.

“Further, when an RN oversees care, each resident is cared for in accordance with their unique needs and preferences. There is shared decision-making and care delivery between each individual resident, nominated partners, family, friends and health professional,” she said.

Registered nurses are also responsible for supervising and leading enrolled nurses (ENs) and personal carers on site. Without this supervision, many tasks and activities could not be legally or, in some cases, safely carried out. These tasks include medication administration and management, health assessment, and care planning and management.

Without a registered nurse or sufficient numbers of RNs onsite, residents are put at risk when other healthcare professionals or staff cannot communicate directly with an RN.

Sue* (not her real name), who works as an RN on a medical ward in a central NSW regional hospital, said she has experienced firsthand difficulties when there is no RNs in nursing homes to communicate with when discharging residents from her care.

According to Sue, this is a regular occurrence which puts strain on an already overstretched hospital system. 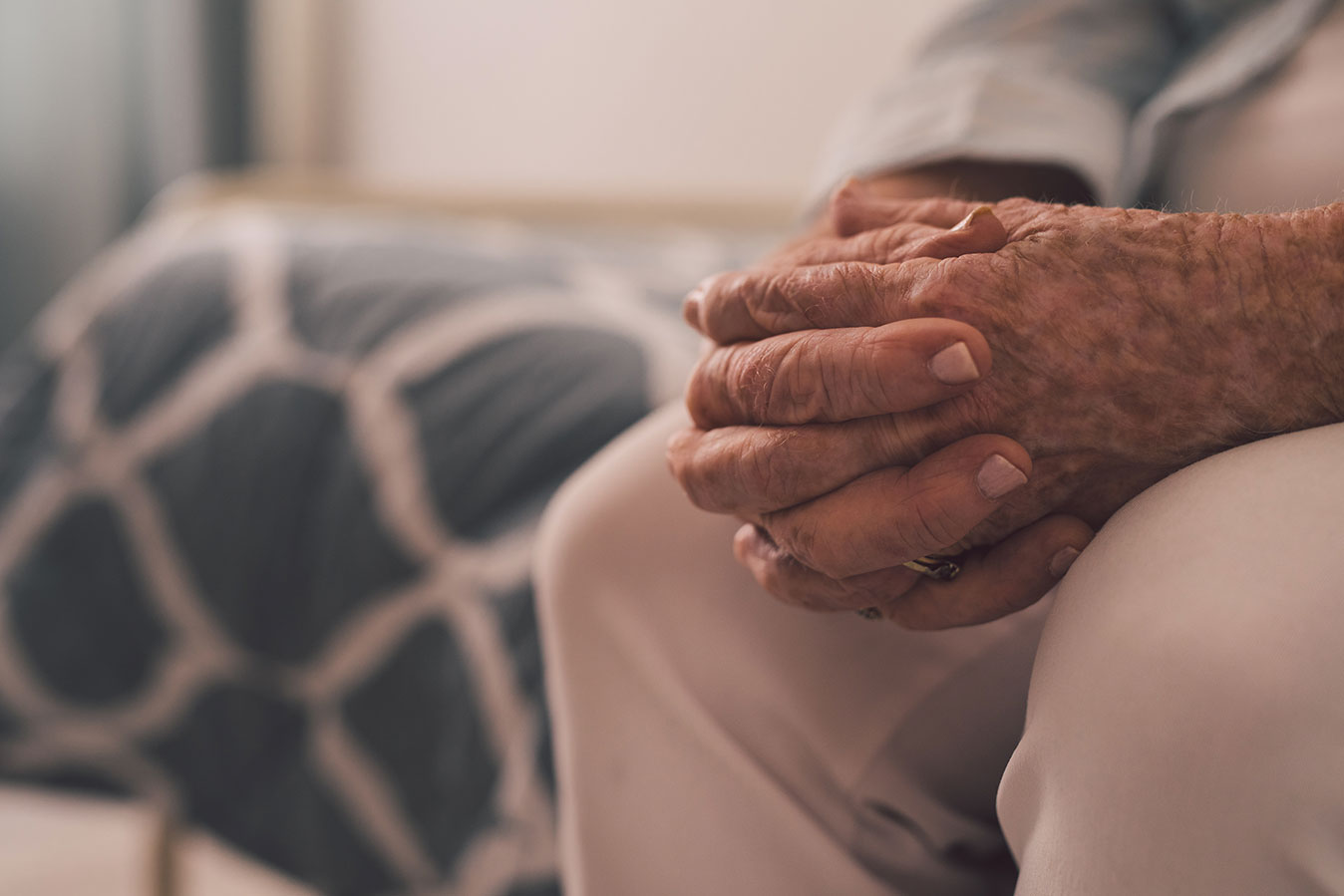 “It’s not uncommon when we contact the home to discharge the resident in the afternoon that we are told it’s not possible as there is not a registered nurse on duty after hours,” she said.

“One particular instance was last April when a lady from a [nursing home] was admitted for medical management. She was medically stable before the Easter break and ready for discharge, but they [the nursing home] didn’t have a registered nurse rostered on duty for the entirety of Easter, so the resident remained in hospital.”

Sue said failing to discharge the resident and others like her resulted in opening an overflow ward and rostering extra staff over Easter.

Without RNs onsite around the clock, Sue recognises the impact on residents and nursing home staff, and more broadly, the consequences on the healthcare system. For these reasons, she is passionately supporting the campaign for RN 24/7 in all nursing homes.

Ms Butler said the ANMF will continue to campaign for RN 24/7 in aged care until the requirement is nationally legislated. She said part of the campaign was supporting a Member’s Bill, the Aged Care Amendment (Registered Nurse Ensuring Quality Care) Bill 2021, which was recently introduced into parliament by Senator Rex Patrick.

“The Australian Nursing and Midwifery Federation is calling on all Federal Senators to support the Bill.”

Safe staffing levels including RN’s in aged care 24/7 vary in different facilities and in every state and territory. Below is a snapshot of what has been reported.

ANMF has also achieved through enterprise bargaining a requirement for a registered nurse 24/7 in many Victorian private and not-for-profit nursing homes.

However, this clause can vary in different facilities, typically facilities that were once hostels or low care, resulting in some facilities failing to have an RN on site at all times.

However, the QNMU said there is no mandate for RNs 24/7 in private nursing homes, resulting in some facilities failing to roster an RN on every shift. The QNMU said in these circumstances RNs are often replaced with ENs supported by an RN ‘on call’. (In one case it was reported that the RN ‘on call’ was over 300kms away).

While some providers claim to have an RN onsite 24/7, the QNMU said this was not always the case as some facilities struggle to replace RNs on sick leave. Additionally, many employers refuse to use agency nurses to backfill sick leave for financial reasons. The problem is also compounded in remote and rural areas by the lack of RNs available.

Does not have state legislation for an RN onsite 24/7. The state has reported challenges with RNs not being onsite or on call.

In June this year, an Upper House Inquiry in NSW recommended amending a state law to require registered nurses be on duty at all times in all state run residential aged care.

The NSW government has six months to respond to the report.

Does not have state legislation for an RN onsite 24/7 nor does the Department of Health mandate minimum staffing levels for residential aged care.

Rather the Aged Care Quality Standards require all aged care services to have a sufficient, skilled and qualified workforce.

Prior to 2014 aged care beds were allocated on the basis of ‘high’ and ‘low’ care places according to population based planning ratios. At this time there was a requirement for a RN to be on duty at all times for residents living in high care facilities. The removal of the distinction between high and low care also resulted in a more generalised requirements regarding staffing in the Standards.

According to the ANMF (SA Branch), many nursing homes now require the equivalent of a DON or manager to be available out of hours or an EN in all organisations.

In metropolitan areas, an RN is onsite from 7 am to 10 pm every day, with many nursing homes rostering an RN overnight or, in some cases, ENs.

Regional areas find it challenging to recruit RNs to work overnight, and some facilities use ENs.

Does not have state legislation for an RN onsite 24/7. Regulations are linked to guidelines produced by the DHHS, which are currently under review.

The ANMF says a significant nursing home provider have introduced sleepover shifts while also requiring RNs to work across two sites at some facilities.

Does not have state legislation for an RN onsite 24/7. The ANMF said the Northern Territory’s largest care provider requires RNs to give medication administration and support over the phone to ENs on different sites.

Does not have state legislation for an RN onsite 24/7. ANMF (ACT Branch) recently reached out to around 25 residential aged care facilities in the territory and reported that it was common rostering practice to have a Registered Nurse (RN) rostered on all shifts in their facilities.

However, there are instances where there is no RN on shift, primarily due to unplanned leave. Consequently, on some occasions, units will work short and the RN is not replaced. While agency RN’s are often used to replace unplanned leave, the impact of COVID-19, has seen a reduction in accessing this workforce. There is also a sense that finding casual/agency RN’s to work in aged care is an issue within itself with a small pool of nurses available.

Some facilities call on their own staff to do overtime. However, when they cannot be sourced, the shift can be worked short. Care managers, roster managers and team leaders (TL’s) often replace unplanned leave. However, at some facilities, TL’s can be Assistants in Nursing.

Where unplanned leave is not replaced, members report that units work short or the existing RN’s in the facility take on the extra workload of the unit that is short an RN. The impact of this are increased workloads, physical and psychological stress, care that is missed or not provided and left for the next shift. These RN’s taking on extra workloads can often already be looking after 100 plus residents. Movement across the facility to cover this number of residents across a large footprint alone impacts workload.