After three years the Nursing Now Campaign celebrated its conclusion around the world this week.

The global awareness campaign which, in collaboration with the World Health Organization (WHO) and the International Council of Nurses, aimed to raise the status and profile of nursing around the world and empower nurses to tackle 21st century health challenges.

Australia celebrated the campaign’s conclusion with an event at Parliament House in Canberra.

Hosted by the Australian College of Nursing, nurse leaders dedicated to improving the health sector and the profession, spoke about their tireless work to influence change in their fields. Topics ranged from the experiences of nurses during COVID-19, the impact of natural disasters, Black Lives Matter and aged care.

Speaking at the event was Nursing Now Campaign Board Member for the WHO’s Western Pacific Region, Emeritus Professor Jill White who spearheaded Australia’s contribution to the campaign.

Reflecting on Nursing Now, Professor White said the idea for the campaign was not originally about nursing but understanding what health needed globally. “What came out was that health needs nurses.”

Professor White said identifying that nurses could be undervalued and underutilised, the campaign was set up as ‘consciousness raising’ and a platform for nurses to influence change. 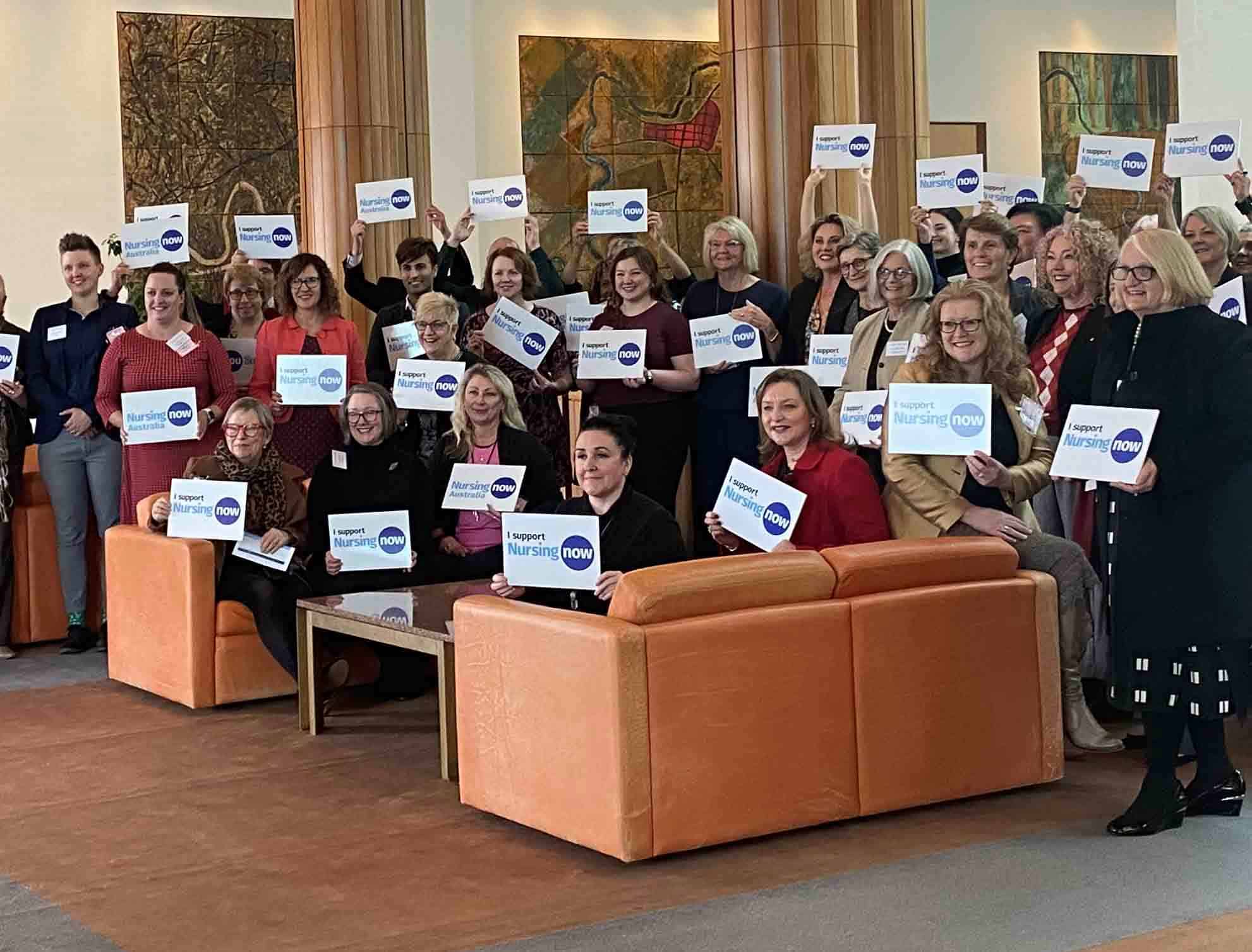 “To name 2020 as the Year of the Nurse and Midwife and to commission the first ever State of the World’s Nursing Report- they have been really important global commitments that have come from Nursing Now.”

In addition, Professor White said Nursing Now had been a facilitator for nursing organisations to work together while creating opportunities as leaders to push nursing in policy and politics.

“Over time there has been a ground swell in relation to nursing activity in policy and politics and I sense it is our right and our duty to speak publically and our role to be on boards and on local government.

“The campaign is only about raising awareness. I think as an awareness raiser it hasn’t done a bad job.

Despite Nursing Now coming to an end, nursing leaders at the event agreed that there remained much to do and that the campaign had provided the platform to create action.

Queensland Registered Nurse Emma Murphy who spoke about aged care and her determination to create change in the sector, including conditions for residents and staff, said she felt very proud and privileged to be able to have the opportunity to talk amongst such big leaders in nursing.

“I think to stand up on behalf of aged care and speak about the issues facing the workforce. It’s just a massive privilege”

Emma, who originally started her career as an agency nurse working in aged care, made a submission to the Aged Care Royal Commission and subsequently gave evidence.

She has since been elected to QNMU’s Branch Council and is heavily involved in the union movement. While she remains dedicated to the aged care sector she has since moved to the acute day surgery setting.

Reflecting on how the Nursing Now campaign has influenced nursing and healthcare Emma believes it has brought a lot of awareness to the profession.

“In terms of aged care I think this is fundamentally important as it’s a notorious undervalued area of nursing. It is a very specialised area of nursing and it is not seen as that, so I think the awareness that Nursing Now Campaign has bought is really beneficial along with everything else that has been going on with the Royal Commission and the Federal Budget.

“I think this is a very momentous year for aged care and this campaign has really just propelled that.”

Building on the strength of the campaign Emma said her takeaway from the event was to “keep going and to keep doing what we are doing.”

“We are doing all of the right things and I think working together is the most powerful thing we can do. Using our voices to advocate for people that can’t- It’s such a special thing to do and I think this event and the Nursing Now campaign has highlighted what a good job we are doing across all disciplines of nursing.

I think it is motivating to reflect on the work we have done and use it as motivation and propel us into the future to keep advocating better conditions for nurses.”

Sye, a Trawlwoolway Palawa-Pakana nurse, who has an extensive background in clinical, education, workforce development and HR and strategic planning in the Aboriginal and Torres Strait Islander space, said he had a strong passion in helping Indigenous people and communities.

While Sye believed positive health outcomes could be achieved for the communities with a strong empowered Aboriginal and Torres Strait Islander workforce, only a third of Indigenous nursing and midwifery students were completing their RN qualifications.

“[Additionally], 40% of those that do graduate are missing out on graduate opportunities,” he added.  “It’s an alarming statistic when there is such a need.”

Sye told the audience his job was to work on why this is happening and what can we do about it.

Speaking after the event Sye said he felt humbled to be in a room full of nursing leaders and definitely appreciated the opportunity to meet people in positions that could actually initiate real change, stand with him and fight together.

Sye said he would like to work with those in positions of power towards reform in the way nursing and midwifery is taught, to make it more accessible and to address the systemic racism that exists. “These things can be changed through legislation and policy,” he said.

Sye said he encouraged all nurses and midwives who want to make change in their own areas of specialty and advised that if they faced barriers to seek a role model they inspired to be like.

“Not necessarily someone you want to be a 110% like because you have your own path and your own journey and you need to embrace your original thoughts and ideas. To find someone that has gone through a similar journey to where you want to be and can provide you with some coaching and advice and direction.”

Reflecting on Nursing Now and the inspirational stories told by others in the profession at the closing event, Sye said nurses and midwives were amazing.

“We are resilient and intelligent. We are defiantly the people to be leading not just following what’s been written down. We are the leaders in the profession and we have a real position in leadership.”