Be kind to yourself

Having aspirations help lead a meaningful life but can cause distress when hopes are left unfulfilled, research shows.

An Edith Cowan University (ECU) study found that it’s not failing to make progress toward our ‘ideal-self’, but rather the tendency to focus on lack of progress in a negative way that leads to psychological distress.

It’s the rumination or the tendency to engage in repetitive negative thinking that is problematic, according to the researchers.

There were two ‘self-guides’ that typically motivated and provided standards for self-evaluation: the ‘ideal-self’ and the ‘ought-self’, ECU study lead Associate Professor Joanne Dickson said.

“The ideal-self is the person we ideally want to be – our hopes and aspirations. The ‘ought-self’ is one who we believe we ought to be – our duties, obligations and responsibilities,” she said.

The study explored whether ‘ideal-self’ and ‘actual-self’ discrepancies were associated with depressive and anxious symptoms.

Findings showed that perceiving one’s hopes and wishes as unfulfilled and the loss of desired positive outcomes increased both emotional vulnerability and psychological distress. Whereas actual-ought self-discrepancies were associated with anxiety but not depression.

“It’s not failing to make progress toward our ‘ideal-self’ that is necessarily problematic but rather the tendency to repetitively think about this lack of progress that represents a significant vulnerability that, in turn, leads to increased psychological distress,” Associate Professor Dickson said.

Lack of progress in relation to ‘ought’ or ‘actual-self’ such as duties, responsibilities and obligations directly increased anxiety, but not depression and was not associated with repetitive negative thinking.

“It may be that fulfilling obligations, duties and responsibilities is more pressing or urgent than the pursuit of hopes and the more immediate negative consequences of not fulfilling these ‘ought to’ obligations may mean there is less time to engage in reflective contemplation,” Professor Dickson said.

Aspirations were beneficial in giving a sense of purpose and direction in life and promoted wellbeing even if they were not achieved, but negative self-evaluation and criticism was counter-productive, she said.

“Reflecting on and at times modifying self-guides may be helpful, particularly if we are caught in a spiral of negative self-evaluation that is accompanied by a constant sense of failing to meet overly high standards.

“We need to be kind to ourselves and keep self-guides in perspective.”

The research was published in Journal Personality and Individual Differences. 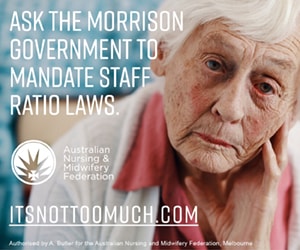