How much do Australian nurses drink?

That is the question a new research project, investigating the prevalence of ‘at-risk’ drinking among the country’s nurses, is aiming to find out.

On top of research to understand the drinking habits of Australian nurses, the project will test existing technology-based interventions for at-risk drinking, typically delivered via mobile apps, to establish if they would prove effective among the workforce.

Another aim of the study is to provide insights on whether a relationship exists between nurses’ work settings, work stress and their alcohol consumption.

The research project, Alcohol Consumption in Australian Nurses: An Action-Design Study, is being led by Dr Adam Searby, a former mental health and drug and alcohol nurse, currently based at Deakin University as a lecturer in the School of Nursing & Midwifery. Dr Searby is also the president of the Drug and Alcohol Nurses of Australasia (DANA).

The project is currently conducting an online survey to uncover the level of high-risk drinking among Australian nurses. Dubbed the ‘Booze-less Drinking Game: What do our drinking habits say about us?’, questions delve into how often nurses drink, whether family, friends or health professionals have suggested they cut down their drinking, and the impact of the COVID-19 pandemic on drinking habits. 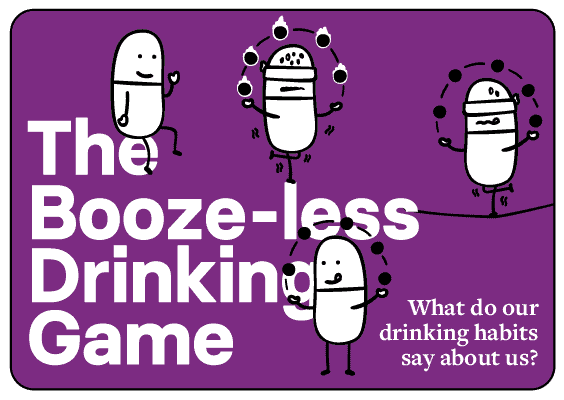 A future phase of the project, which is already underway, will undertake qualitative interviews with nurses in settings where an association may exist in a bid to pinpoint factors contributing to at-risk drinking and how a technology-based intervention could be used to address the problem.

Dr Searby says his interest in tackling the research project was sparked through his association with DANA and a lack of evidence on the important issue.

“We represent many drug and alcohol nurses who treat their own, so to speak and have provided consultation on treating nurses to AHPRA,” he explains.

“There is very little evidence available on the alcohol consumption patterns of Australian nurses and given the emerging research on the impact the pandemic has had on the mental health of nurses, I found this very surprising.”

Other than data sourced from the National Drug Strategy Household Survey conducted by the Australian Institute of Health and Welfare (AIHW), Dr Searby says little is known about the drinking habits of Australia’s nurses.

With several research studies conducted in the aftermath of the COVID-19 pandemic revealing an increase in drinking and poorer mental wellbeing among groups directly impacted, Dr Searby argues there is an urgent need to study nurses’ alcohol consumption and devise strategies to address any issues.

He believes his research project can fill the gap in evidence and help provide a clearer picture of the prevalence of high-risk drinking within the profession.

“I think every nurse probably has stories around alcohol consumption related to what they have witnessed at work, and I am no exception,” he admits.

“I have worked in some environments where critical care incidents were often accompanied by a post-shift trip to what we affectionately called ‘the other break room’, the local pub.

“Despite formal clinical supervision and debriefing existing in nursing, there still seems to be a strong culture of the ‘informal brief’, which often entails nurses discussing stressful or distressing incidents over alcohol.”

Dr Searby stresses that the research project, which is being funded by a Deakin University grant and conducted in partnership with the Nursing and Midwifery Health Program Victoria (NMHPV), does not set out to demonise the practice of nurses drinking together socially.

Nevertheless, he maintains there needs to be some acknowledgment that nurses often turn to alcohol to deal with stressful incidents.

“Perhaps even more concerning is the growing recognition of post-traumatic stress and vicarious trauma within our profession, which often manifests as high-risk alcohol consumption, which I have personally witnessed result in burnout and fantastic nurses in the prime of their career leaving nursing entirely.”

Importantly, it is hoped that results from the study can improve the health of the overall nursing workforce by informing the potential development of a technology-based intervention tailored to Australian nurses to address their at-risk drinking.

“Apps such as these often use techniques derived from cognitive behavioural therapy, with the ability to track alcohol consumption and link with a community of people who are on the same journey,” he says.

For now, the study’s survey is looking to gain a snapshot of nurses working in diverse settings across the country while interviews, which will run simultaneously, will target any settings where nurses consistently report high-risk drinking.

Dr Searby says it is too early to predict themes that will emerge from the initial survey results, yet, he suspects there is likely to be a link between stress, partly due to the pandemic, and alcohol consumption, much like seen across the broader community.

“Going on existing work conducted by us and others, I suspect these interviews are likely to reflect what a tough gig it is being a nurse during a global pandemic,” he says.

“We may not have been impacted in terms of case numbers like other countries around the world, but the anxiety of the situation has been shown to negatively impact the mental health of nurses, as it has the general population.

“We have also seen research showing increased alcohol consumption as a response to these stressors in the community, so I would not be surprised if this situation was mirrored among nurses who are directly observing this pandemic play out.”