My Mum – My Inspiration

Why we enter into a profession of our choosing differs for everyone. My motivation to become a nurse was because of my mum. Not only was she my inspiration, she also helped me to understand why the union is so important for our professions.

My mother, Pamela Butler, has been a nurse for more than sixty years and a member of this union for almost most of them (she’ll skin me alive if I say her actual age but I’m including important dates).

Pamela started her nursing career in 1954 at the Royal Alexandra Hospital for Children in Sydney, now Westmead Children’s Hospital, when you had to pay a ‘guinea’ a week to stay in the nurses’ home, and for the nine weeks of ‘PTS’, spend three days in the classroom, one day on the wards and one day at East Sydney Tech to learn ‘invalid cookery’. All in full uniform of course. 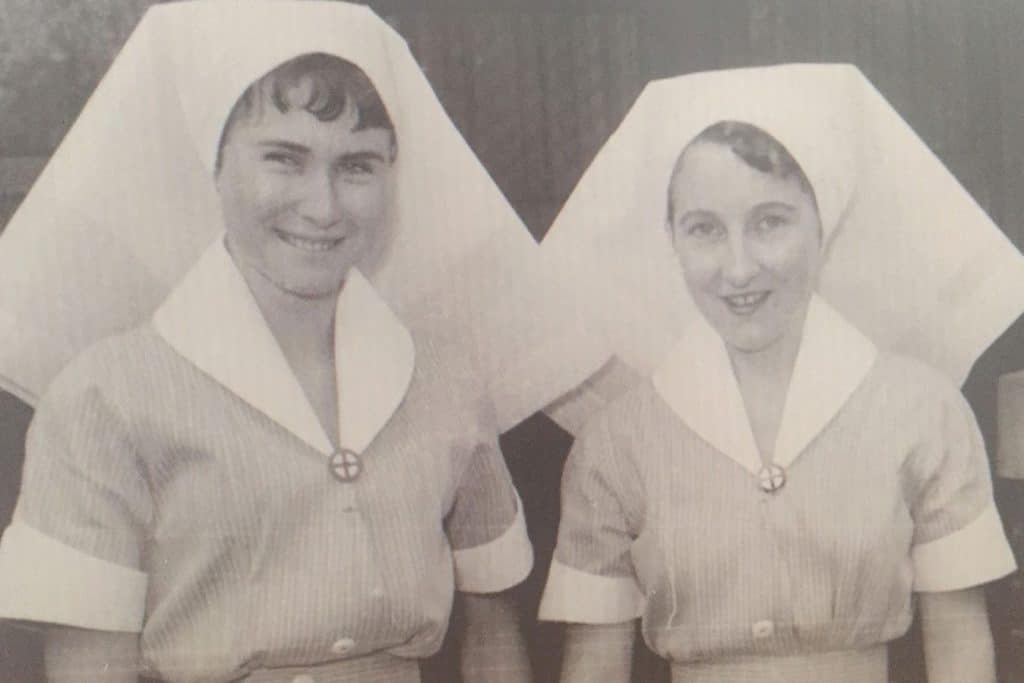 On her first ward as a ‘junior junior’, she had to “clean sister’s desk, wash all the tiles down one side of the ward and clean the pan room all before sister arrived”, and go outside to the freezer to chip buckets of ice for the oxygen tents. Mid-winter or not, no ‘germ carrying cardigans’ were allowed as ordered by sister.

As a ‘senior junior’ she got to clean the thermometer trolley, wash the tiles on the other side of the ward and then take care of the children! Clean them, feed them, change them, give their medications, in those days mostly SC and IM injections, catheterise them and insert nasogastric tubes as needed. This was also in the time before the polio vaccine, so she cared for the post-polio children living in iron lungs, some of whom had been in hospital for eight years or more.

Conditions were tough: she had only one and half days off per week; worked day, evening and, after the first year, night shifts with no penalties; had to fit lectures around night duty; had no sick leave and the possibility of paid overtime was still a distant dream. It was also the time when the children were only allowed visitors once a fortnight from two to four pm on a Sunday afternoon.

After graduating as a junior sister she cleared two pounds a fortnight and was allowed two full days off a week.

In 1960 my mother went to Sydney’s Crown St Hospital to do her midwifery training, a very progressive hospital for the time she says. They put the baby on the breast as soon as the baby was delivered, had ‘rooming in’ and taught the mothers to hand express, for their own babies and the NSW milk bank!

The autoclave was used to sterilise breast milk and the nurses also used it to caramelise their own sweetened condensed milk treats.

My mother joined the union in 1961 working for the department of public health on a scholarship for her mothercraft training. With six months training then bonded to service for 18 months, she cared for 7-day olds to 5 year olds. She worked in Karitane’s ‘step down’ unit, where mothers and babies stayed for a week to learn parenting. After discharge, the cots’ tea tree mattresses had to be unstitched, the tea leaves taken out, placed in clay pots, baked until sterile, replaced and resewn.

Then came her own babies, yours truly and my sister. My father was a school teacher, so my mother worked night shifts, still for no penalties. Struggling with living costs she left the union until 1969. 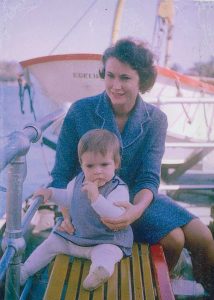 When, taking a job as matron of a nursing home and back to fulltime work, she re-joined for ‘safety and protection’ and the recently introduced penalty rates at that time.

She’s been a member ever since and has seen so much improvement in her working life- penalty rates, sick leave, carer’s leave, a 38-hour week, removal of non-nursing duties, much better wages than she could have ever imagined, access to education, information and support.

After all she has seen she gets very fired up when people don’t appreciate the achievements of the union and its members.

I don’t have the space here to describe everything my mother’s done over the course of her career, she’s worked just about everywhere, clinically and geographically, and, amazingly, continues to work helping parents with their babies and participate in the ANMF as a member of the Victorian Branch.

She’s given so much to the community for so long, and for my whole life shown me such pride in her profession and trust and belief in her union.

It’s little wonder I’ve ended up where I am.