In the news…Prosecution of fake practitioners

The Health Practitioner Regulation National Law governs the regulation of health professionals in every state and territory in Australia and protects the public through ensuring that only properly qualified and educated practitioners can use protected titles of the 14 regulated professions including nurse, midwife, doctor, psychologist and dentist.

There are provisions within the legislation that allow AHPRA to take legal action against anyone using a protected title or holding themselves out to be a registered practitioner if they are not entitled to. The maximum penalty per charge in relation to this conduct is $30,000 for an individual and $60,000 for a body corporate.

Fake practitioners put the public at risk and a recent list of successful prosecutions against those holding themselves out to be registered health professionals highlights the value of the national register that enables the public to check and ensure they are consulting with a registered health practitioner. The following are just a few of the cases decided in the courts recently.

In June 2018 a Victorian court fined Mr Lipohar $65,000 plus $25,000 in costs after he pleaded guilty on three charges – claiming to be a dental specialist and performing restricted acts on two patients unlawfully including, attempting to fit corrective or restorative dental appliances. Lipohar had never held registration as a health practitioner or student under the National Law, had little knowledge of the procedures and lacked the necessary skills to perform the treatments (dentalboard.gov.au/News/2018-06-13-fake-orthodontist-convicted.aspx). 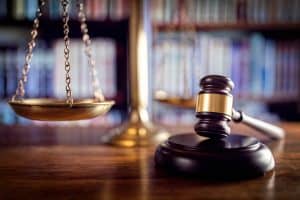 Two further people were prosecuted for claiming to be psychologists.

The first in February 2018, where Mr Carozza pleaded guilty to five charges of holding out to be a registered psychologist and unlawfully using the title of psychologist when representing himself as a clinical psychologist, to a range of organisations and on institutions websites as well as Linkedln. He was fined $10,000 plus $14,325 in costs (ahpra.gov.au/News/2018-02-08-Victorian-manfined.aspx). And then, on 9 May 2018, a New South Wales man was convicted of claiming to be a psychologist when he knowingly or recklessly used the title ‘Specialist Child, Adolescent and Family Psychologist’ in emails that indicated he was either authorised or qualified to practise as a psychologist. He was fined $9,500 plus $5,000 in costs (ahpra.gov.au/News/2018-06-21-counsellor-convicted-to-be-psychologist.aspx).

In this case Di Paolo used the titles obstetrician and gynaecologist as well as the initials MD in relation to himself (when he was a homeopath), during a number of consultations with patients. Di Palolo has never completed a medical degree or any other equivalent qualification. Charges were brought by the DDP in Victoria and AHPRA leading to both the custodial sentence, his name being placed on the sex offender registrar for life and a fine of $5,000 plus costs (ahpra.gov.au/News/2018-07-06-successfulprosecution-of-fake-doctor-a-signalfor-others.aspx). In another case the Adelaide Magistrates court convicted and sentenced Marek Jantos of holding himself out to be a registered psychologist and unlawfully using a specialist title claiming to be a specialist in the field of pain medicine in August 2018. His company ‘Behavioural Medicine Institute of Australia’ was also fined $16,000 for misleading and deceptive advertising of a regulated health service.

In this case, Jantos had his registration as a psychologist cancelled in 2007 ‘in order to protect the public from similar behaviour’ following an investigation into conduct that included invasive physical therapy in the context of psychological treatment. However, in 2014 it was discovered that Jantos had signage at his business premises and was using terminology that would lead patients to believe that he was a medical specialist.

He also had advertising material that indicated he was qualified as a specialist medical practitioner in the field of pain medicine and a website that described him as ‘one of Australia’s pioneering clinicians in the therapeutic management of female sexual pain disorders’ (ahpra.gov.au/News/2018-08-09-AHPRA-and-National-Boards-prosecute.aspx).

In the last case a Victorian court in June 2017 found a person (who was not named as no conviction was recorded) guilty of using the title ‘midwife’ in circumstances where it was reasonable to believe that she was authorised to practice as a midwife, however, she was no longer registered as such.

Whilst the previous cases indicate holding out conduct over a period of time, in this case it was once on a single day when the person referred herself to another midwife, Advance Life Support Paramedics, and a Mobile Intensive Care Ambulance paramedic as a midwife when they were providing emergency care to a woman and her newborn child following a problematic home birth.

The court viewed such a claim as serious given the weight the emergency staff would have placed on the information she was providing regarding the clinical management of the woman and her baby in those circumstances. In this case the court imposed a two year good behaviour bond and ordered the person to pay AHPRA’s legal costs of $17,000 (approx.) (nursingmidwiferyboard.gov.au/News/2017-07-24-formermidwife-found-guilty.aspx).

It is clear that in each of these cases there is the potential for adverse outcomes to the patient in the form of physical, psychological and financial harm. When patients visit their treating health practitioners they are entitled to expect that the person meets the regulatory standards established by that profession. In these cases, patients become victims where the breach of trust central to the therapeutic relationship can have a lasting impact on their future care and engagement with the health professions.