In safe hands: How Health and Safety Reps are keeping workplaces safe

Registered nurse Nick Howson describes COVID-19 as “the giant monster at the door” for the past two-and-a-half years. His job on an acute adult mental health admissions unit with 34 inpatient beds at western Sydney’s Cumberland hospital has been impacted by a range of issues such as understaffing, role overload and inadequate workplace health and safety measures.

The growing toll of the pandemic, along with longstanding workplace health and safety concerns, spurred Nick to step up and become a Health and Safety Representative (HSR) in his workplace nearly two years ago in a bid to improve conditions for staff and maintain patient care.

HSRs represent and communicate the health and safety concerns of staff, including physical and mental health hazards, to management. The elected and voluntary role is crucial as it carries the power to order workplace inspections and review how workplace incidents happened.

When a COVID-19 outbreak struck the ward just over a year ago, Nick was one of the few senior staff left to hold the fort because everyone else was isolating. He remembers being asked by management to walk around and count how many, and what type of, masks were on hand. 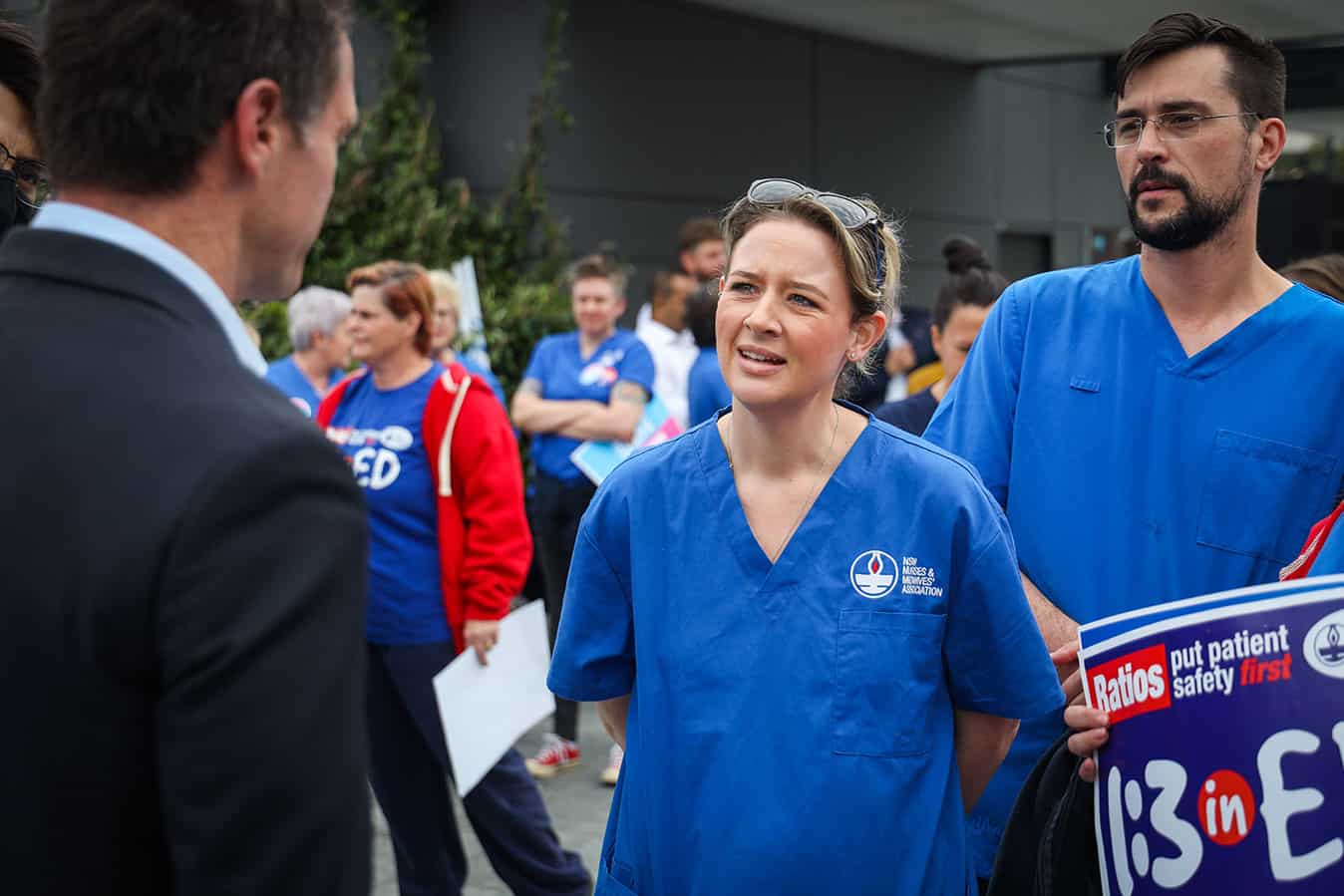 During this period, Nick considered understaffing the core issue, and he soon began lodging incident reports each time the unit was caught short. Not long after, he received an email telling him to stop.

“I politely wrote back and said well I actually believe these are workplace health and safety issues, role overload is a serious concern, especially now during COVID where everybody is exhausted, tired, scared, emotional and burnt-out.”

Advice from the New South Wales Nurses and Midwives’ Association (NSWNMA) reassured Nick that what he was doing was appropriate and essential.

Nevertheless, he was again instructed to stop by management.

He pushed back, arguing that the 34-bed facility, which includes a lounge and dining room, courtyard, and interview and activity rooms, was simply too vast to ensure a safe working environment with the proposed number of staff.

“I said somebody’s going to get hurt. We don’t have enough people to take care of patients in this space,” he says.

“Yes, you’re meeting the minimum staffing requirements but it’s a physically large space. We cannot adequately supervise this space and someone is going to get hurt because they’ve been forced to work by themselves and there’s just no one nearby.”

The standoff reached crisis point when a nurse was assaulted.

Looking up the staffing roster for that day, Nick, unsurprisingly, uncovered that the unit was short staffed.

It led to him to seek further support from the NSWNMA and SafeWork NSW.

Yet, intriguingly, when safe work inspectors requested the incident reports that Nick had filed from the employer, many were missing from the system. Nick alleges his concerns regarding issues such as role overload, psychosocial harm, and burnout, vanished.

Eventually, the Western Sydney Local Health District got involved to try to resolve the situation.

The staffing issues improved for a while, Nick says, then, to his astonishment, he received another email warning him to stop submitting more incident reports.

A year on, while some progress has been made, he continues to use his role as an HSR to fight for a safe and healthy workplace.

October is National Safe Work Month, an annual Safe Work Australia campaign that calls on employers and workers across Australia to commit to building safe and healthy workplaces free from physical and psychological harm. 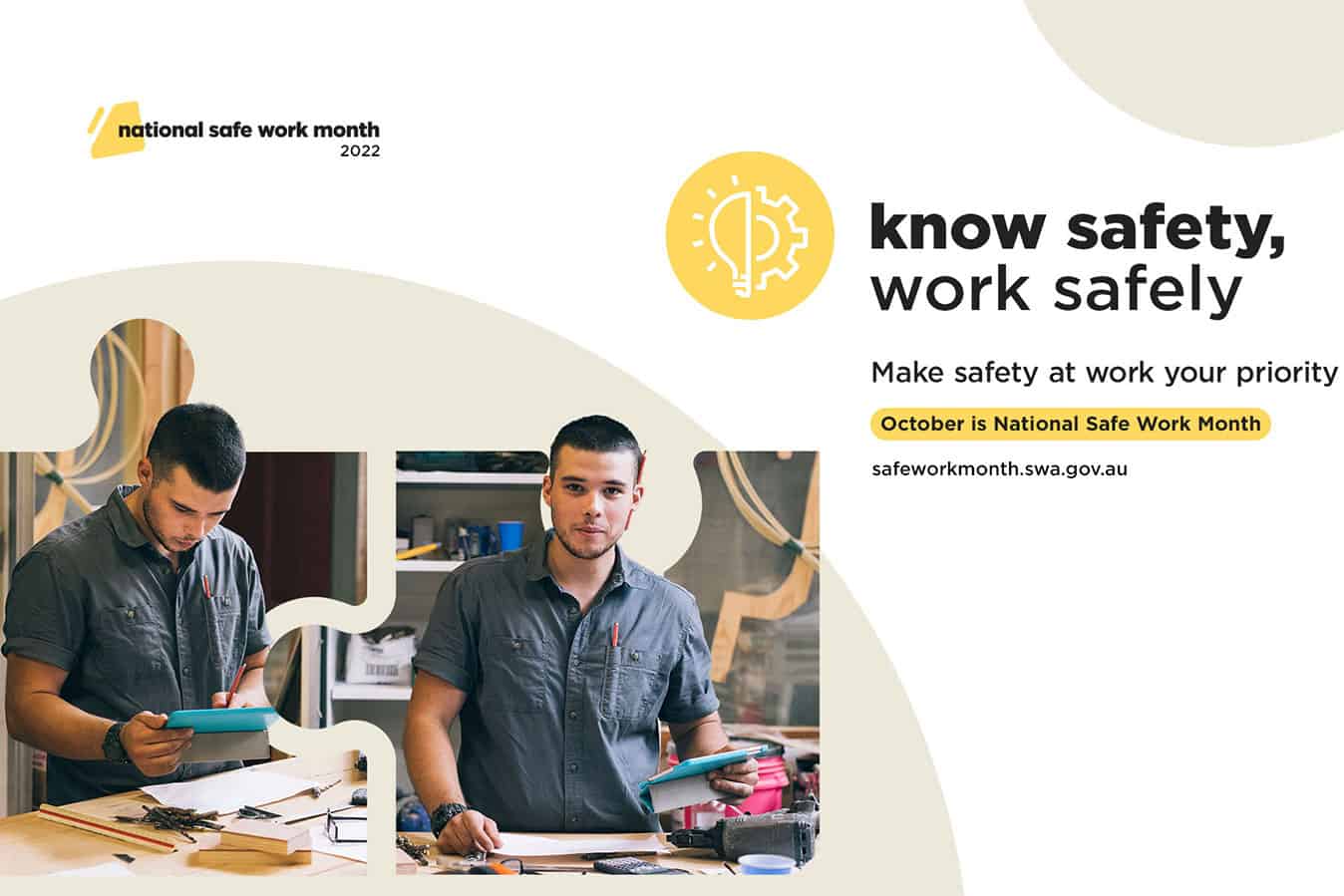 Problematically, Nick’s unit still regularly runs short-staffed, with nurses constantly being shuffled around the hospital to plug holes. He personally refuses to do overtime because the toll of working 16 hours per day, plus the commute to and from work, is just too much.

“I see the effect that it has on the people around me,” he says on what continues to drive him.

“I don’t think people really realise the slow burn and then all of a sudden, you’re just tired. People are tired, there’s increased sick leave, there’s increased absenteeism, they just don’t want to be there. It manifests in poor patient care because we’re all overworked.”

Nick took the issue to the NSWMA’s 77th Annual Conference in August, leading a resolution calling on the union to pursue the NSW Ministry of Health to formally write a statement that it is appropriate to lodge such incident reports within the IMSplus system. It was unanimously passed.

“It is a huge issue that we’re facing and people get intimidated because they just don’t know that they can do it if they don’t have that understanding of the Work Health and Safety Act,” explains Nick.

In his role as an HSR, Nick has also advocated for change to improve the reporting of psychosocial hazards. Psychosocial hazards at work are aspects of work and situations that may cause stress and, in turn, lead to psychological or physical harm. They can stem from jobs demands, the working environment, and bullying and harassment.

Nick believes that the psychological harm caused by bullying, often at the hands of other nurses, is one of the biggest issues within the profession.

In early 2021, he was part of a delegation of NSWNMA members that met with former Minister for Innovation, Kevin Anderson, to lobby for the introduction of a Code of Practice to manage psychosocial hazards at work.

His message to the Minister focused on the mismanagement of workplace investigations, which at their most tragic can end in loss of life.

“It really highlighted to me how important it is that there is procedural justice and that people are actually afforded proper, clear communication about what’s going on and not left in the dark.

“If you’re accused of something, you have a right to know what that is, and in some cases, there is so much miscommunication that people had no idea what is going on and it takes a toll on people. There are instances where nurses have unfortunately passed away from complications during prolonged investigations. These lengthy investigations with no outcome give no closure for colleagues and friends.

In an illustration of the power and influence HSRs can have on WHS outcomes, SafeWork NSW introduced the Code of Practice: Managing psychosocial hazards at work, just months after the meeting.

The Code provides a practical guide employers and businesses can use to identify and manage psychosocial hazards at work. It’s also a useful reference for staff interested in keeping their workplaces accountable when it comes to complying with the duties under the WHS Act and WHS regulation.

A year on, Nick suggests that the benefits of the Code, which is in its infancy and still being incorporated into many workplaces, has been significant.

“Whenever I bring up something and say this is a psychological risk and someone goes ‘no it’s not’, I can literally pull out a Code of Practice from the regulator and say yes it is, it is identified right here, what you are doing contravenes the Code.”

Nick believes his role as an HSR, which carries substantial legislative authority, affords him the ability and confidence to stand up and say no when workplace rights are breached. 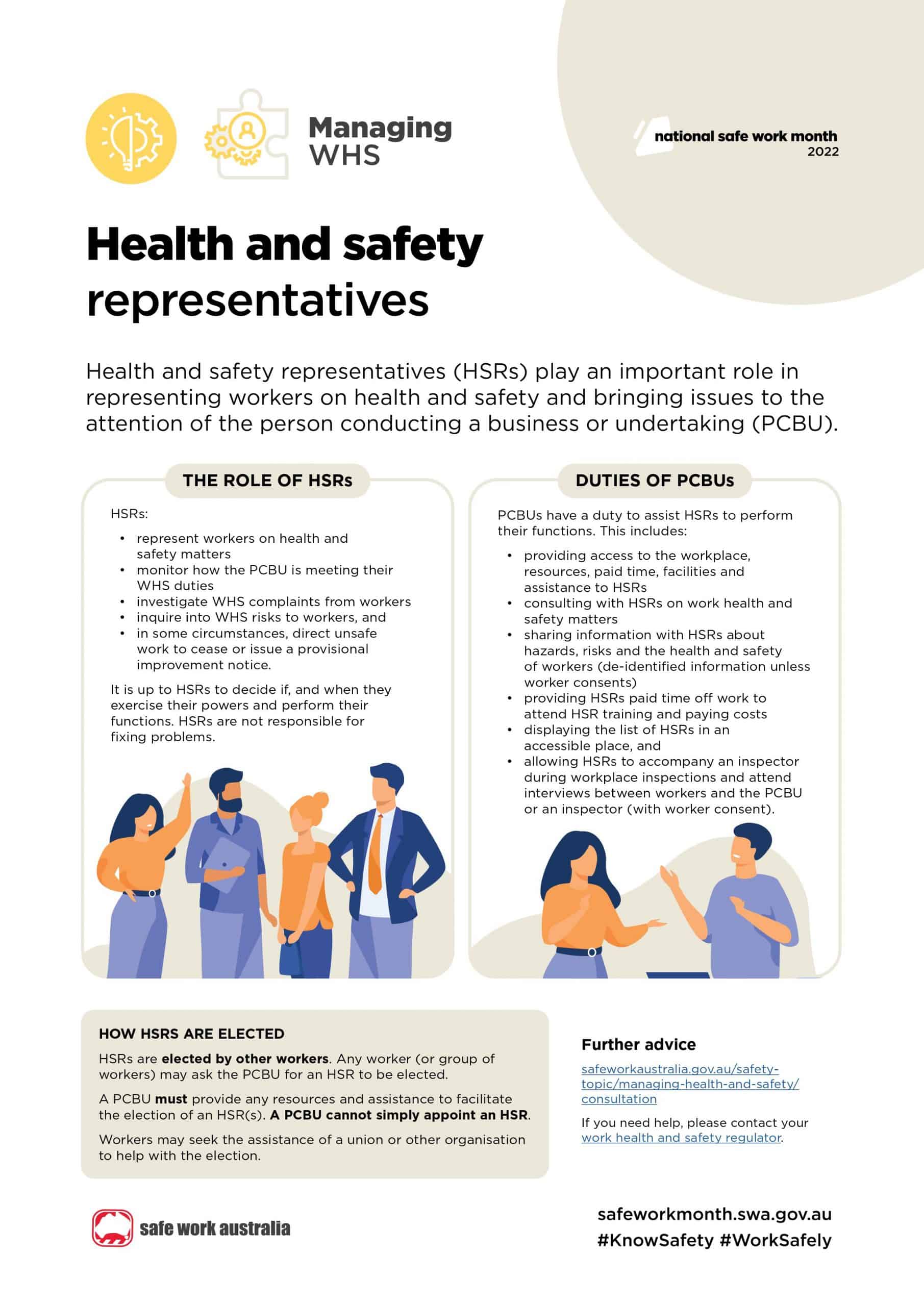 He admits it has often come at a personal cost, both professionally and mentally, yet driving positive change in his workplace to protect the health and wellbeing of staff and patients outweighs any negatives.

“It’s been a challenge but the reward is when you still see people standing after taking a stand on behalf of others,” says Nick proudly.

“They feel empowered to speak up themselves. I have noticed it a lot more, people will stand up and say ‘no, this is wrong and here’s why’.”

Working together with the NSWNMA and being part of the change has also opened up Nick’s appreciation of the power of the collective and union movement. Employers have a duty to provide safe work places and HSRs can keep them accountable, Nick says, making a real difference to the health, safety and wellbeing of staff and patients.

“Get involved in your union, do the training, learn the Act, it’s all there in black and white and it is very easy to understand what your roles and responsibilities are. It’s a position that comes with a lot of power but you have to use it properly. It’s not something that you can just do, you have to have an interest in it and that interest has to be for those around you, not yourself.”