How nurses and midwives can support Save the Children

Independent aid organisation Save the Children seeks to give a powerful voice to children and champion their rights.

It does so in Australia and around the world, and in 2017 reached more than 56 million children in 121 countries.

Some of its current work includes on the ground response to the Rohingya Crisis in Bangladesh in the biggest refugee camp in the world, the Yemen Crisis, where teams are delivering food, medicine and support to more than 140,000 children, and ongoing programs closer to home supporting children to access education and housing.

“Save the Children works in some of the toughest places in the world to make sure that children can reach their full potential,” says Mat Tinkler, Save the Children Director of Policy and International Programs at the Australian branch.

“That might be a place like the refugee camp in Bangladesh where almost a million Rohingya refugees have fled. It might be in the Pacific closer to home in a place like Papua New Guinea where there’s significant challenges for children to have a balanced and nutritious diet. Or it might be back out here in Australia where we’re working in a lot of remote communities around Australia with Indigenous and non-Indigenous children to make sure they can get a good start in life.”

Founded by pioneering teacher and sociologist Eglantyne Jebb in England in 1919, Save the Children celebrates its centenary this year.

Jebb campaigned to raise money for German and Austrian children so they had enough food and supplies in the aftermath of World War 1.

A hundred years on, Save the Children’s core ideals, the fundamental rights of every child, remain stronger than ever at branches globally.

“Her view was that children were the silent victims of war and they still need our support here today,” Tinkler says.

In Australia, Save the Children is undertaking dozens of projects, including a focus on providing early childhood education in communities where children don’t have access to basic education, and supporting children in the youth justice system to find pathways into education and employment.

There’s also a strong presence across the Pacific, in places like PNG, where Save the Children is running educational programs together with the government to improve the quality of teachers, the curriculum and attendance rates.

Such as the Rohingya Crisis, the fastest growing humanitarian crisis in the world, where almost one million people are crammed into camps in Cox’s Bazar.

The crisis unfolded in 2017 when violence forced more than 700,000 Rohingya people to flee Myanmar into neighbouring Bangladesh. 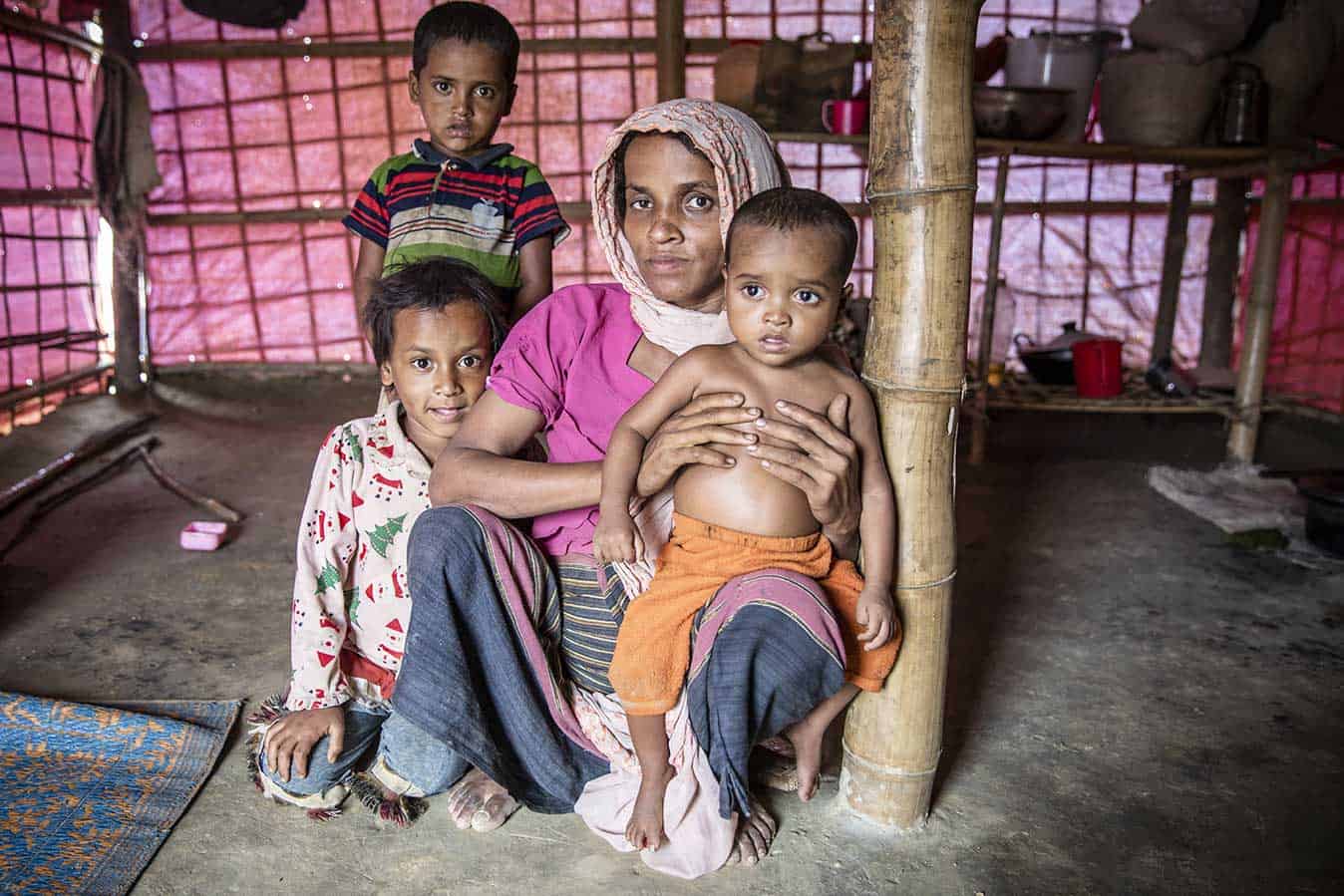 More than half the refugees were children and experienced or witnessed horrendous violence.

The aftermath saw Rohingyan families in camps face storms and floods that amplified the crisis and increased the demand for food and healthcare to stem the outbreak of disease.

Tinkler has visited Cox’s Bazar a couple of times and observed the devastation first-hand.

“They have all their vital needs met, so there’s food and shelter and sanitation and medical support. But you also have a population of children who need things like an education over time, and adults who need to find ways to work and earn a living and contribute to their families so all of those things are in desperate need in Bangladesh and that’s the kind of thing that I’ve seen and that we’re supporting in that crisis.”

Tinkler concedes awareness of such crises among the broader population is generally low.

“A crisis like the Rohingya crisis, despite it being in our region and a million people, the biggest refugee camp in the world, the level of general public awareness and understanding is very low indeed,” he says.

“Then when you think about something like Yemen, which is at a more significant scale, the level of understanding around that crisis is even lower. So a big part of our job is raising awareness of these things because you generally find when people understand and appreciate the circumstances they’re willing to support in some way.”

Like other NGO’s, donations and government funding are the lifeblood that allow Save the Children to carry out its work.

Sourcing funding is an ongoing challenge, with the global level of humanitarian need invariably outstripping the supply, meaning many programs cannot always run for as long as needed.

People can donate to Save the Children in a number of different ways, such as sponsoring a child or donating to a crisis like Rohingya to provide hygiene kits to families to stop the spread of disease.

“Any contribution is important and very welcome and gratefully received,” Tinkler says.

“The big thing people can do is go to an organisation like Save the Children, or other NGO’s that are responding, to provide a donation. They [the NGO’s] can take that to the Rohingya crisis for example and we will make sure that the donation goes to people in need and is spent in the most effective way, be that through things like hygiene kits, supporting education, or providing food and the establishment of sanitation facilities.”

Tinkler and representatives from Save the Children’s Emergency Health Unit delivered a presentation about the organisation and its current projects at the ANMF’s Federal Executive meeting in November last year.

Some ideas for collaboration proposed by Save the Children included secondment/deployment of ANMF staff to humanitarian settings through its Emergency Health Unit, developing a bridging course in humanitarian health for nurses, midwives, and paramedics, and joint advocacy to influence the Australian government to increase funding for humanitarian health work.

Tinkler believes aligning with the ANMF to champion the rights of children could provide greater outcomes.

“We know that there’s enormous capacity among nurses and midwives and enormous compassion as well for the needs of children, be it in Australia or overseas,” he says.

“Australia’s professions of nurses and midwives are extraordinarily well regarded and we therefore think there’s a really good opportunity for us to work together to export if you like some of our knowhow and our goodwill and capability to some of the children and families that need it overseas.

“Some of the ways that we can do that is through deploying qualified staff to an emergency response through our Emergency Health Unit, to collaborating on public awareness raising, or through financial support from your members to organisations like Save the Children.”

Donate to Save the Children