Australians are helping out with a new malaria vaccination program for children in Kenya where rates of the disease are some of the highest in the world.

Over all Malaria remains one of the world’s leading killers, claiming the life of one child every two minutes. Most of these deaths are in the African region, where more than 250,000 children die from the disease every year. In 2018, the region was home to 93% of malaria cases and 94% of malaria deaths.

Odede Community Health Centre, supported by Adelaide based World Youth Australia, is one of the first medical facilities in Kenya to roll out the latest initiative.

The vaccine, known as RTS,S, is being made available to children up to 2 years of age across Kenya, Ghana and Malawi.

The program is being carried out as part of a national strategy led and funded by the Ministry of Health with the aim to eventually eradicate Malaria.

The Odede Community Health Centre, is vaccinating children at 6, 7, and 9 months old, and then repeated at 2 years of age. 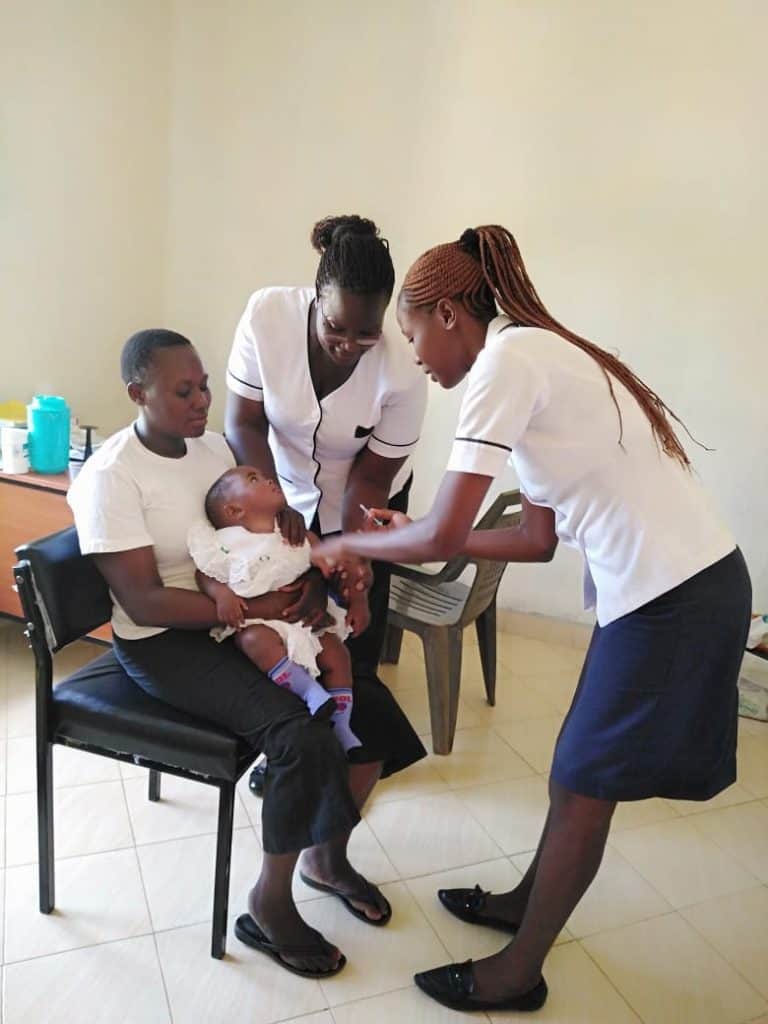 The vaccine is administered by qualified nurses, who have undergone specific training.

Nurse Shakila, who is the head of the Odede Community Health Centre’s Maternal and Child Health department, and completed the required  vaccination training last August, is confident that this vaccine is the best preventative measure against Malaria.

“This vaccine is a much stronger method as getting parents to use mosquito nets properly in their homes, and to bring their children into the hospital for medical attention as soon as they fall sick, is proving very difficult.

“This is surely the best way to protect children from the deadly malaria. Hopefully a vaccine can be developed to give to expectant mothers too,” said Shakila.

Community leaders and health workers have been educating and encouraging parents to ensure all the children of the target age receive the vaccine, stressing the importance and the long-term benefits.

Australian nurses participating in World Youth International’s Nurses In Action program work alongside local Kenyan health professionals to educate the community on malaria and other preventative methods, such as proper use of mosquito nets.

By increasing malaria education, more families have been willing to invest some of their small incomes towards purchasing mosquito nets, and replacing them regularly.

Malaria is the biggest health issue facing the people of Odede and surrounding villages, with adults and children regularly suffering from the mosquito-borne disease.

Fred Mito, the Director of the Odede Community Health Centre, was born and raised in the village of Odede and has seen the devastating impact the illness has had on his community.

“ Malaria is the biggest disease to burden the community of Odede every day. It keeps recurring and affects all people across the ages and genders. The most vulnerable are the children and expectant mothers. Malaria is the number one contributor to low- incomes among families. It reduces the ability of the families to work in their farms and produce food for their households. The little money and other resources they have are used in hospitals to treat it. Children miss school quite often as they remain home, down with malaria,” said Fred.

“If malaria rates reduce, the families’ economic status would significantly improve, children’s school attendance would improve, and this would translate into better performance in their education and a better future.”