The Australian Nursing and Midwifery Federation (ANMF) has long recognised the importance of developing an international network of affiliations to advance the interests of the professions and safeguard the health of communities worldwide.

As the largest union within a powerful nation, Federal Secretary Annie Butler says the ANMF holds a responsibility to use its influential voice to support and lead global initiatives aimed at growing the work of nurses, midwives, and carers, particularly in developing countries, and improving health outcomes.

“The ANMF actively builds relationships with nursing and midwifery organisations, unions and other groups around the world to help drive the advancement of the professions and influence positive outcomes,” Ms Butler said.

“In an increasingly connected global arena, the opportunity to engage with international organisations and share knowledge regarding policies, strategies and workforce issues has never been greater. Maintaining meaningful partnerships is essential to maximising benefit to our members and improving the health of all communities.”

The ANMF’s strategic priorities for its work during 2018-2023 include a focus on fostering new and existing international affiliations and helping boost the capacity of nursing associations within the Asia-Pacific region and others where required.

In March this year, the ANMF developed its first Framework for International Relations and Affiliation so it could review and assess current and potential opportunities for international engagement and identify how to best utilise the organisation’s available resources. Over the coming months, the ANMJ will run a series of indepth articles on its website outlining the ANMF’s current international affiliations and their impact.

During the coverage, the ANMF will ask members to provide their feedback, and then use the data to help shape future partnerships.

“We believe it is important that the views of ANMF members underpin and guide our international engagement and activity,” Ms Butler said.

“Their direction will prove invaluable and we look forward to working together as we strive to enhance our international footprint and cement our position as a strong and respected global voice.”

The ANMF has been a member of the CNMF since 1973.

Other targets include membership development, conducting in-country projects with national nursing organisations involving capacity building and training, and conducting and facilitating research on nursing and midwifery within Commonwealth countries. 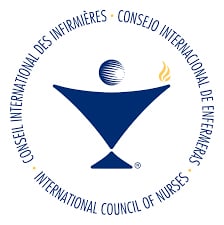 The ANMF has been affiliated with the International Council of Nurses (ICN) since 2002.

Founded in 1899, ICN represents over 20 million nurses worldwide and is a federation of more than 130 national nursing associations striving to advance the profession globally, influence health policy and improve health outcomes.

Outside nursing-focussed organisations, ICN maintains working relationships with specialised agencies within the United Nations system including the World Health Organization (WHO) and advocates for national delegations of nurses to contribute to policy development processes.

ANMF Assistant Federal Secretary Lori-Anne Sharp represented the ANMF at meetings in May this year where discussions focused on the theme health is a human right.

Established in 2013 by the USA’s National Nurses United, GNU’s mission is to carry out collective action against instances of austerity measures, privatisation, and healthcare service cuts globally.

The ANMF is affiliated with GNU on both a state and national level, with the Federal Office and Queensland, New South Wales and Victorian state branches holding membership.

The SPNF involves a meeting held every two years where nurses from across the South Pacific come together to debate key issues facing the profession.

The next meeting, the 19th SPNF, will be held this month in the Cook Islands and focus on encouraging nurses to take the lead in addressing problematic non-communicable diseases (NCDs) in the Pacific.

The ANMF Federal Office acts as Secretariat for the SPNF and considers the partnership a valuable opportunity to support and grow the nursing and midwifery professions in developing countries that face barriers to the provision of optimal nursing care such as workforce shortages and fewer training opportunities.

Launched in February, Nursing Now is a landmark three-year global campaign aiming to improve health and lift the profile of nursing.

It evolved from a global nursing review undertaken by the UK’s All Party Parliamentary Group on Global Health that produced a report titled Triple Impact, which argued strengthening nursing would trigger a threefold effect – improving health, promoting gender equality and supporting economic development.

Backed by ICN and WHO, the campaign will run until the end of 2020 to mark the 200th anniversary of nursing pioneer Florence Nightingale’s birth.

Prominent ambassadors include The Duchess of Cambridge, Kate Middleton, selected as the UK’s official patron due to her family lineage of nurses.

Australia’s contribution to the campaign, led by Nursing Now campaign board member for the WHO’s Western Pacific Region, Emeritus Professor Jill White, is focusing on pushing for greater access to healthcare.

In August, the ANMF Federal Council committed to supporting the Nursing Now campaign over the next year and exploring ways to contribute.

Professor White and leading nursing organisations including the ANMF are currently discussing ideas for potential formal projects in Australia.