‘This is a huge kick in the guts’: NSW nurses and midwives protest public sector wage freeze

Last month, the NSW government announced plans for a 12-month freeze on a scheduled 2.5% salary increase for 410,000 public sector workers – including nurses, police, paramedics and teachers – citing budgetary pressures triggered by COVID-19 and arguing that the move would save $3 billion, preventing job losses and enabling investment in infrastructure.

Disgruntled public sector workers immediately pushed back on the proposed wage freeze and began lobbying key members of the upper house to block the regulation in Parliament, which resumed today. 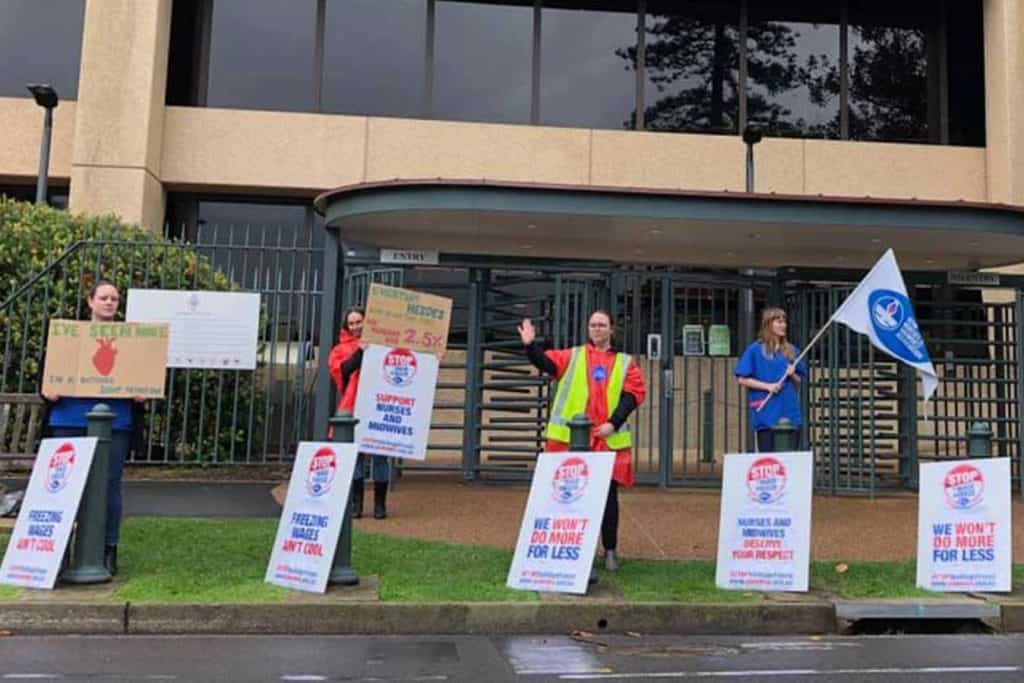 On Sunday, NSW Treasurer Dominic Perrottet contacted union leaders and offered a one-off $1000 bonus payment to public sector workers in a bid to end the tensions and standoff.

Paramedics became the first public sector workers to launch industrial action this week when they began refusing to bill patients.

Speaking outside the front of Parliament at today’s collective protest with fellow unions, which coincided with ‘Thank A First Responders Day’, NSWNMA General Secretary Brett Holmes said public sector workers who had been on the frontline during COVID-19 were standing in solidarity to send a message to parliamentarians about their contribution and value to the community and economy.

“Yet we have a state Treasurer who wants to send them a message that they’re not worthy of the next promised pay increase,” Mr Holmes said.

“The government set this policy around 2.5% and took away our bargaining rights. And now they want to take away the 2.5% and somehow replace that with a lousy $1000 cash bonus. Some sort of enticement to stop them [public sector workers] rallying, to stop them speaking out about the impact upon them of a wages freeze, which is ultimately a cut. It’s a wages cut that will live with every public sector worker for the rest of their working lives.”

Mr Holmes said public sector workers such as nurses, teachers and police kept communities ticking along in every city and town outside of Sydney.

He said the protests sent a message from frontline public sector workers who have put themselves at risk during COVID-19 about what impact a wage freeze would have on communities.

“Today, we’re sending a message to the state government that they should pull back, they should accept that their regulation is going to be disallowed and they should reflect on their policy,” he said.

Public sector workers should be recognised for their efforts during COVID-19 and not be financially punished, Mr Holmes added.

“We’ve been fortunate in Australia, great public health system, great response. But the Treasurer’s idea that public servants should now share in more of the pain of the community is just backward thinking. It’s wrong. We’re here today, we’re reliant on the upper house of this Parliament to turn around the policy and correct their mistakes. By all means, invest in infrastructure, but do that without freezing wages and ultimately cutting wages.” 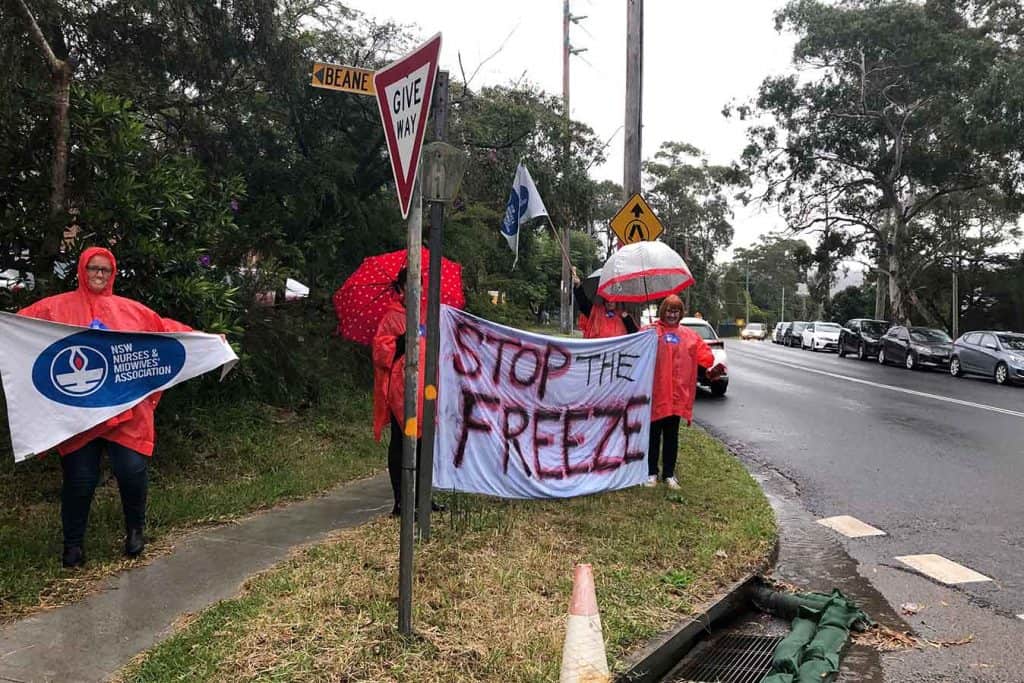 NSW nurse Skye Romer said nurses and midwives joined other public sector workers at the protest to hold the NSW government to account.

“Nurses and midwives, in COVID-19 alone, have put everybody else’s health and safety ahead of our own to ensure that our community has been kept safe and healthy throughout this pandemic,” Ms Romero said.

“As inflation rises, we are being pushed lower and lower down our salary bracket. We turn up to work every day because we care and this is a huge kick in the guts from our Premier. We will continue to go to work but we need our Premier and our NSW Treasurer to know that we will not back down, we will not roll over, and we are not going to accept a pay cut.”

Ms Romer said nurses and midwives would not be fooled by the Treasurer’s attempts to end a potential showdown with a $1,000 payment.

“Nurses and midwives won’t be bribed by a thousand dollars. We didn’t come down in the last shower. Good luck if he thinks that’s going to buy us off.”