Nurses and paramedics with low neuroticism and high extroversion are best suited to coping with the stressors of the professions, a new study has revealed.

The personality traits were found to be desirable in nurses and paramedics because of their link to psychological resilience, which can prevent burnout.

“If someone’s an outgoing person, in other words an extrovert, or has high levels of extroversion, and they have low levels of neuroticism, so they’re fairly emotionally stable, then they’re going to be better suited to the paramedic and nursing professions,” lead researcher Rod Mason, a Lecturer in the Department of Paramedicine at Monash University, said.

Mr Mason is undertaking a PhD investigating the individual differences in the psychological makeup of undergraduate paramedicine students and how they relate to resilience.

The latest study, which forms one part of the broader PhD, explored what personality types captured by the Big Five framework – neuroticism, extroversion, conscientiousness, agreeableness and openness to experience – dominate among nurses and midwives in a bid to understand their relationship to psychological resilience. 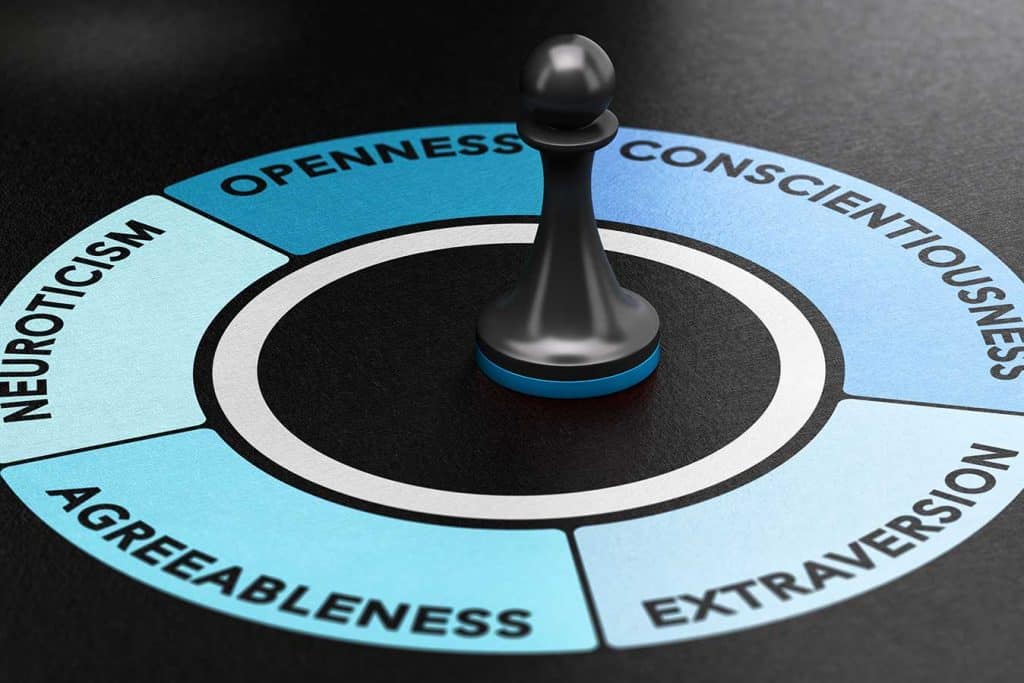 The study involved a scoping review of global literature and looked at 18 papers.

Nursing was included in the review because of the shortage of literature on paramedics and the synergies between the two professions.

The research found nurses and paramedics experience significant exposure to severe stress levels associated with the high frequency of critical incidents endemic to the professions.

Nurses and paramedics with high neuroticism and low extroversion were found to be less suited to the profession, especially when exposed to such critical incidents.

Mr Mason points out that the study speaks more broadly about the nursing profession due to its many different specialities, with settings such as general practice, palliative care and the community likely to comprise different personality types to nurses working in an ED environment.

Mr Mason, who spent 22 years working as a paramedic in Hobart, said nurses and paramedics working on the frontline in emergency departments or out on the road commonly experience issues such as burnout, depression and post-traumatic stress disorders.

Studies show that the incidence of PTSD among paramedics can be as high as 16%, compared to 4.4% across the general population.

Similarly, a 2019 report revealed the number of nurses assaulted in Victorian health settings had increased by 60% over the past three years, while data shows assaults in hospitals are also on the rise in Queensland and NSW.

Mr Mason suspects nurses with low neuroticism and high extroversion tend to cope best with the stressors of the job because they can switch off at the end of a shift.

“You enjoy communicating and socialising with people; that’s the extroversion. From my perspective [as a paramedic] I enjoyed communicating with people, talking to them about their concerns, and helping them with answers. Back when I worked on the road, I had fairly high emotional stability and things didn’t seem to affect me as much.”

Mr Mason stressed while the study found that people with high neuroticism and low extroversion are less suited to the professions, particularly when dealing with critical incidents, it did not necessarily preclude them from embarking on these careers.

“Even though personality traits tend to be stable, if we can identify students with these traits in nursing and paramedicine training we can look to build a greater level of resilience in them before they start their careers.”

“If universities can recognise that students currently enrolled in their courses have got low resilience, in other words low extroversion and high levels of neuroticism, it presents opportunities for them to introduce ways to build resilience into their curriculum.”

Early career nurses and paramedics starting their careers by undertaking graduate years or internships should have the opportunity to develop their resilience through targeted prevention strategies, Mr Mason argues.

“I’m not saying everyone needs this training, but if we can identify individuals who are more at risk of having issues and developing things like burnout and post-traumatic stress disorder, then we can work with them individually or as a group.”

“I’m hoping to flag the importance of there being an instrument to help ambulance services and indeed the nursing profession, where they can survey students early on, or university’s survey people early on, to identify these issues.

“The key message is we don’t want to preclude people from embarking on these careers if that’s what they’re interested in. Let’s support them and help build their resilience.”

Another paper Mr Mason has recently written as part of his PhD examines occupational preferences and how they relate to well-being according to John Holland’s Theory of Career Choice (RIASEC), which maintains that in choosing a career, people prefer jobs where they are around others who are like them.

“Nurses predominantly are very sociable, they like to investigate and they’re very artistic. John Holland’s research, which spanned 50 years or so, found that people with those personality types are best suited for the nursing profession.

“Whereas paramedics are more the realists, people that like to investigate and are also social. So there’s a bit of crossover there. They both like that social component.”