As part of the May 2018 federal Budget, the then Minister for Rural Health, Deputy Leader of the National Party Senator Bridget McKenzie, issued a ‘Stronger Strategy for Rural Health’. But according to some of Australia’s rural health experts, including former National Rural Health Alliance CEO Gordon Gregory, it’s not very ‘strong’.

In fact, it’s not even a strategy according to Mr Gregory who describes it as a bundle of programs, focused on pro rural general practice. He says it’s good so far as it goes – but a real rural health strategy would be quite different, and go much further. There is an old country saying – ‘If you’ve seen one rural town, you’ve seen … one rural town.’ Meaning, every rural town is so different that it’s a mistake to talk about a single ‘rural Australia’.

One area might have higher mental health issues or a higher burden of disease, for example, while another area might have more young families, or more elderly citizens. One area might have a hospital, others might be within a few hours’ drive of an urban centre, and of healthcare services. Other populations might rely on the Royal Flying Doctor Service for access to the bulk of their healthcare.

Additionally, at any one time, the states and territories are at different stages of their electoral cycles, and therefore at differing stages of planning and policy-making. Some, for example, might be just beginning to build a rural health plan, while others might be finished; some might have just come in to power, others might be facing an election.

All of which can make coming up with a national strategy for rural health challenging. Challenging but not impossible, says Gordon Gregory, former long-term CEO of the National Rural Health Alliance (NRHA) of which the Australian Nursing and Midwifery Federation is a part of.

He points out that national rural health strategies have existed before – most successfully in the form of the Healthy Horizons Framework (1999 to 2007).

“Accountability for Healthy Horizons lay with all governments, including the states, because its targets, goals, and objectives had been adopted by all ministers for health, at all levels,” Mr Gregory says. 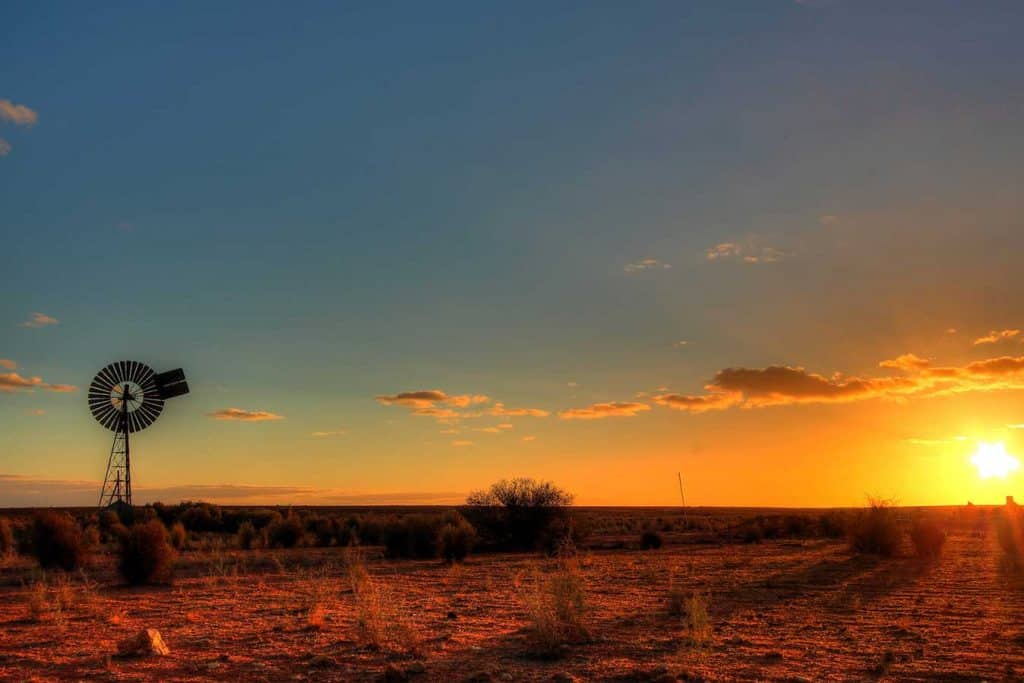 In a series of articles published in July 2018 on the independent health journalism website Croakey.org, Mr Gregory points out that the May 2018 Budget’s ‘Stronger Rural Health Strategy’ is anything but a strategic document, and to call it that is muddying the waters. A strategy, he explains, is a highlevel, long-term view that should ideally include bipartisan support – not a low-level ‘bundle of programs’ existing purely at a short-term, tactical level.

“To call it a ‘strategy’ is a misnomer, because it’s not a strategic document at all,” Mr Gregory tells the ANMJ. “It’s a bundle of programs relating mainly to rural medical workforce issues, which is important, but it is not strategic. Also, it is spread over the period of the Budget, which is four years, and therefore by definition to consider it a 10-year plan doesn’t make any sense, unless it is accompanied by support from all parties, including the rural health sector itself.”

The Stronger Rural Health Strategy’s commitment to medical workforce issues is commendable, Mr Gregory says, but it is merely an extension of existing programs, and hardly ‘transformational’, as Senator Bridget McKenzie has claimed. He also makes the point that a focus on the medical workforce alone is shortsighted. In order to address healthcare workforce shortages, it is important to include nursing, allied health, and dentistry.

“In rural areas, you need the whole lot,” Mr Gregory says. “A doctor is not going to go to a small country town unless the others are there – indeed, they won’t succeed without them. Without nursing and allied health the scope of practice for doctors becomes impossible.

“City general practice is quite different. In more remote areas GPs don’t have the same ready access to pathology; and all of the health specialists that city doctors can refer a patient to. Also the time spent travelling is quite different, and the basic state of health of the people you are looking after is worse.”

According to Australian Institute of Health and Welfare figures, the 29% of Australians who live in remote and very remote areas have a lower overall standard of health and poorer life expectancy than urban Australians.

Yet rural regional and remote Australians make an incalculable contribution to our national, cultural identity – not to mention economically, contributing two-thirds (by value) of Australia’s export income, through industries including agriculture, tourism, and the resources sector.

Director of the Melbourne University Department of Rural Health in Shepparton, Professor Lisa Bourke, is a National Rural Health Alliance council member representing the Australian Rural Health Education Network, and a member of the NRHA Service Access Standards Work Group. This group is charged with developing a measure for assessing levels of access to healthcare services in rural and remote areas.

“I think most rural and remote Australians would suggest that they don’t want access to absolutely everything – nobody expects to get brain surgery out in remote areas. But people do need to have access to quality primary healthcare – to a GP, or a nurse practitioner, or ongoing chronic disease management, or general mental health services – that sort of thing. Also to be able to access support for particular conditions relevant to particular populations. If a large proportion of the community is retired, for example, then obviously it will need more aged care services,” she says

“So all that is understood, but the issue is, how do you measure it? And how do you know when a particular level of access to healthcare is unacceptable?” 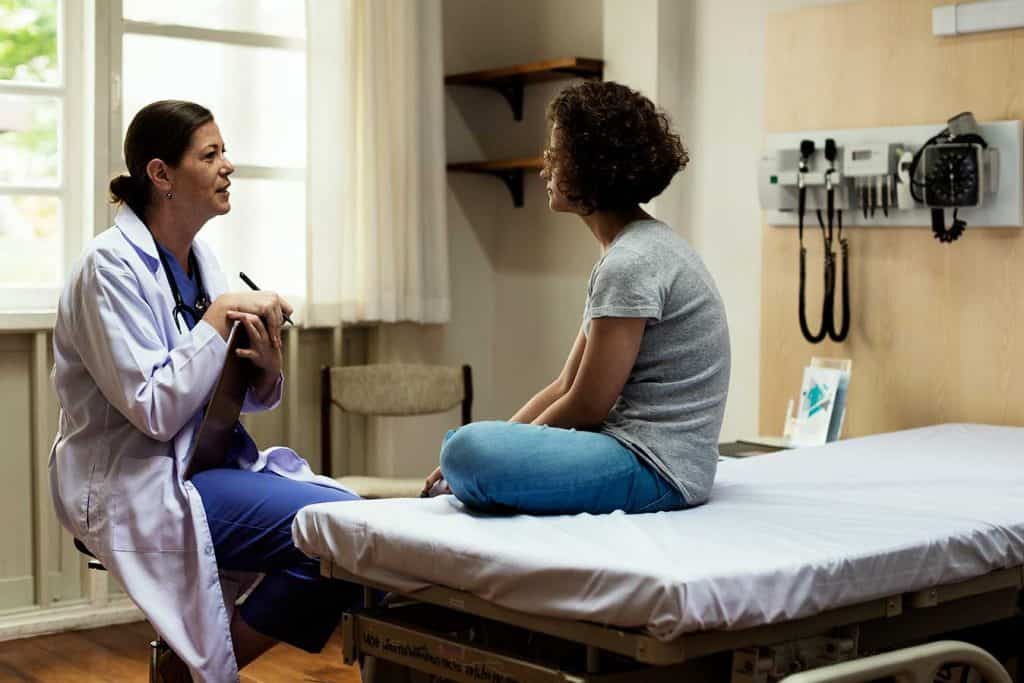 Professor Bourke says that in order to answer these questions the NRHA Service Access Standards Work Group is looking at a mix of factors including geographical classification, population sizes, distances to larger regional centres and hospitals, indicators of workplace quality and safety, health workforce distribution, and demographic and burden of disease profiles.

“It is the right of all Australians to have access to healthcare, and it is the responsibility of national, state and local governments to provide that,” Professor Bourke says. “But unfortunately, in some regions it is falling short.

“The National Rural Health Alliance wants to go beyond highlighting that access to healthcare in rural areas is poorer – it’s looking for a stronger statement than that,” she says. “Developing the Service Access Standards is a way to clearly identify the areas where the level of access to healthcare is unacceptable – and if we can measure that, then I think governments really will have to act.”

The Australian Rural Health Education Network is focused on providing educational opportunities in regional areas, with a view that training healthcare students from rural areas, in rural areas, will more likely result in an increased number of them joining the rural health workforce.

“It keys into the concept of growing your own workforce,” Professor Bourke explains. “And one of the regions where this is particularly important is out in remote Aboriginal communities – looking at growing your own health professionals and practitioners from those communities, rather than flying people in.”

“From a rural perspective, the further from the cities you go we know that the last person standing is usually a nurse or midwife,” says ANMF Senior Federal Professional Officer and National Rural Health Alliance Board and Council member Julianne Bryce.

Ms Bryce says that nurses comprise the bulk of the rural health workforce. For every 100,000 members of the population, there are 135 GPs – and a staggering 1,007 nurses. She says this figure is even higher when you add midwives and enrolled nurses. Though some regionally-based midwives also work as nurses, depending on work availability.

“The Alliance has done a huge amount of work in raising awareness about the importance of multidisciplinary teams, but the focus for a lot of governments, and indeed, for many communities, is ‘But oh, we don’t have a doctor,” Ms Bryce says.

“It’s a complex scenario. For example, often we associate maternity services largely with the availability of obstetricians or GP obstetricians, when in actual fact they are just part of a workforce and having an obstetrician in town alone won’t make enough of a difference if you don’t have midwives.

“Take Renmark, in South Australia. Everywhere you look there are young people with young families, yet it is a town where the maternity service closed because while they had obstetricians, they didn’t have midwives. So when it comes to providing fair and equitable access to healthcare services, it needs to be a ‘whole of workforce’ solution, incorporating nursing, midwifery, allied health and dentistry as well as medicine.”

Despite the fact that nurses are by far the largest component of the rural and remote health workforce, they aren’t represented on the Australian government’s Rural Health Stakeholder Roundtable, which last met in August 2018.

Coincidently this was one of Senator Bridget McKenzie’s last days as Minister for Rural Health, as the change of Liberal party leadership from Turnbull to Morrison saw her title change to Minister for Regional Services, Sport, Local Government and Decentralisation.

“Nurses are the backbone of the rural health community,” Ms Bryce says. “They are already out there working in rural areas. We need to ensure that they’re supported to do the work they need to do, with adequate leave, high-quality, accessible professional development, a positive work environment in order to achieve better health outcomes for rural people.

“In the same way as a nurse working in the emergency department in a big metropolitan hospital doesn’t know what’s coming through the door, the nurses and midwives working in rural areas face the same challenge. They need to be supported to maintain a broad scope of practice to safely and effectively service their communities.”

Why we need a national rural health strategy