Civilian nurses who voluntarily served during the Vietnam War campaigning for more than two decades to secure the same health entitlements accessed by the military will be forced to wait another year and a half despite achieving long overdue recognition for their selfless contribution.

More than 200 nurses answered the Australian government’s call for civilian volunteers to head over to Vietnam in the thick of war between 1964 and 1972 to serve in surgical and medical teams providing care under the South East Asia Treaty Organization (SEATO) aid program.

Decades after Vietnam, many returned civilian nurses began experiencing the same health conditions suffered by military forces such as cancers and Post-Traumatic-Stress-Disorder.

It sparked a campaign in the mid-90s, strongly backed by the Australian Nursing and Midwifery Federation (ANMF), seeking recognition for civilian nurses and the same health entitlements afforded the military under the Veteran’s Entitlement Act 1986 (VEA), where eligible individuals receive a Department of Veterans’ Affairs (DVA) Gold Card that covers the cost of medical treatment for all conditions. 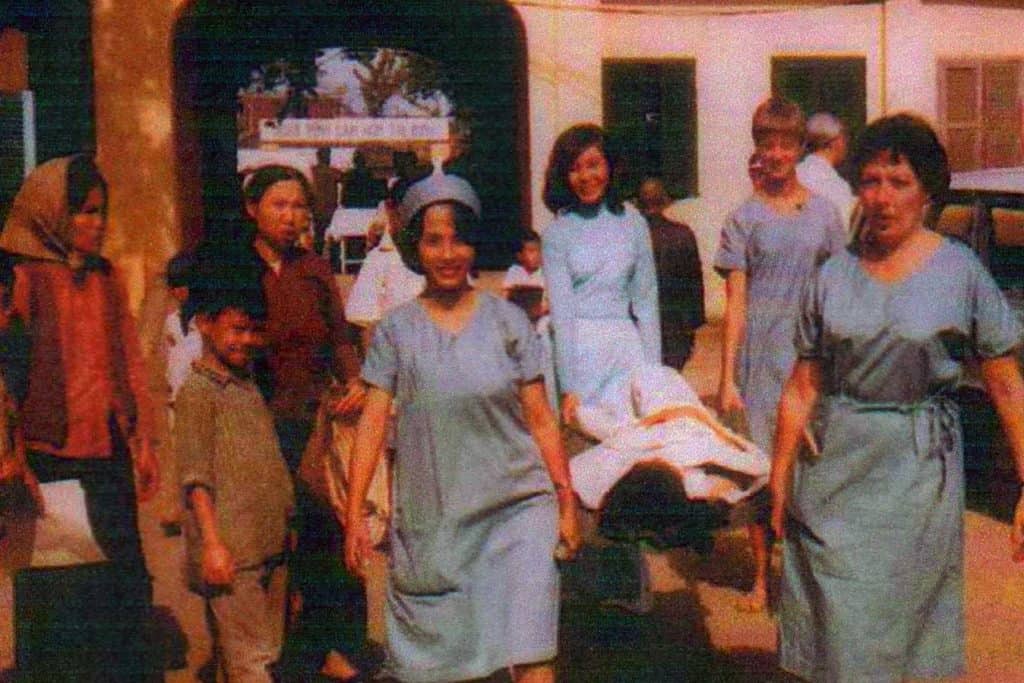 On the weekend, the government announced members of Australian civilian surgical and medical teams that provided aid, training and treatment to local Vietnamese people during the war would be made eligible for the Gold Card from 1 July 2020, subject to the passing of legislation.

“It may have taken nearly 50 years, but today justice is being done as a group of brave Australian doctors and nurses are duly recognised for their selfless contribution as members of the South East Asia Treaty Organization (SEATO) surgical civilian medical teams that served in Vietnam,” Treasurer Josh Frydenberg said.

“Just like our soldiers, these medical personnel are Australian heroes, and it is so pleasing to see their campaign for justice be successful.”

But Convenor of the Civilian Nurses Group, Dot Angell, said civilian nurses had expected the changes to come into effect far sooner and were left blindsided by the ongoing delay that will see eligibility start in 2020.

Last Friday, Dot met with Treasurer Mr Frydenberg and Veterans’ Affairs Minister Darren Chester at the Shrine of Remembrance in Melbourne to discuss the announcement but says there was no mention of a 2020 timeframe.

She labelled the delay “unacceptable” and said civilian nurses would continue fighting “until justice is done”, as will the Vietnam Veterans Association, who have already written to both ministers protesting the delay.

“The wind was taken out of the sails a bit,” Dot told the ANMJ.

“We’ve got pretty sick people and in another 18 months it’s likely that a third to 50% [of the remaining nurses] won’t be with us.”

Dot was in her 20s when she volunteered in Vietnam in 1967 as part of the Alfred Hospital’s civilian surgical and medical team.

Today, aged 78, she suffers from two autoimmune disorders and PTSD, which she attributes squarely to her time in Vietnam.

“My health is not good. I can barely walk and things are getting worse.”

Over the past two decades, the close-knit and dwindling number of surviving civilian nurses who served in Vietnam have fought an uphill battle for compensation, arguing the toll of war left many nurses suffering cancers including lung, bowel, and breast cancer, as well as nightmares and flashbacks associated with PTSD.

In the early 2000s, a handful of government reviews found civilian teams were suffering higher rates of illnesses than the general community and had performed services that should qualify them for repatriation benefits.

SEATO nurses were found to be suffering from lymphomas, thyroid disease, multiple sclerosis and autoimmune disorders.

While the government acknowledged the contribution of civilian nurses who served in Vietnam, up until now it had advised them to make claims for worker’s compensation under Comcare, which is considered insufficient because it stops at the age of 65 meaning most nurses are ineligible.

Dot welcomed the government’s overdue recognition but said it meant little until it came into effect.

She said having a Gold Card would give her access to much needed healthcare.

“It means everything. It covers absolutely everything. The only condition that is recognised in me is PTSD and I was talking to somebody from Queensland this morning who’d been very ill and they’re not recognising her cancers at all and yet under the Veterans’ Entitlement Act all cancers are recognised regardless of whether they can be proved to be war related.”

For now, the fight for the SEATO nurses continues, and Dot remains as committed as ever to closing the chapter on the campaign.

“What’s kept us going is the fact that it should never ever happen again. When government sends civilian teams away, which they are doing now, they need to have appropriate cover. That’s what’s kept us going. The fact that what happened to us shouldn’t happen to other people in the future.”