Nothing brings Sarah Brown more satisfaction than seeing a new dialysis clinic open up in a remote Indigenous community giving people access to life-saving treatment close to their loved ones.

“Opening a new dialysis centre somewhere and getting people home for the first time is a real buzz, particularly in places where we’ve really had to fight and lobby and advocate and fundraise,” she says.

“Beyond that, the thing I love to do most is chuck an old fella in the car and take him back to country and listen to his stories or her stories of country and to be part of that is pretty bloody special.”

A remote area nurse, Sarah is the chief executive of the Purple House, an innovative community-led model of care providing remote dialysis across Central Australia that emerged in Alice Springs in the early 2000’s.

The evolution of the Purple House traces back to the Pintupi people from the Western Desert of Central Australia, who at the time were forced to leave their country and families to access treatment for end-stage renal failure in Alice Springs or Darwin.

In 2000, the community took it upon themselves to trigger change, with Papunya Tula artists from Walungurru and Kiwirrikurra developing four collaborative paintings that were auctioned at the Art Gallery of New South Wales, along with other work, and raised over $1 million.

The funds helped establish the Western Desert Nganampa Walytja Palyantjaku Aboriginal Corporation, now the Purple House, which created a new model of care based around family, country and compassion.

Remote Area Nurse (RAN) Sarah Brown answered the community’s calls to steer the ship and turn the vision into reality.

It began with her mapping out how to source dialysis machines and deliver dialysis to people out bush from a desk in a corner of her lounge room.

The first dialysis clinic opened up in Kintore in 2004 and more than a decade on the Purple House now runs 18 remote clinics spread across the Northern Territory, South Australia and Western Australia, along with a mobile dialysis unit called the Purple Truck, which enables patients to return home to visit family and reconnect.

These days, the Purple House has an expanded footprint that also provides social support, aged care and disability services and operates a bush medicine enterprise.

“The original mission was to get a dialysis machine in Kintore so that people could be home on country,” Sarah reflects.

The mobile Purple Truck arrived along the journey to allow patients to head back home to visit family, for festivals, funerals and other cultural events.

“It started because we didn’t think we were going to have dialysis in every place that people wanted but it has been the real icing on the cake, allowing us to share the stories of the Purple House and get people home at least for a few weeks at a time.”

“But then there’s lots of other communities where there still isn’t dialysis. So having the truck means that we can pick people up from Alice Springs or Darwin or Adelaide or wherever they’re doing dialysis and give them some time home on country. When the truck moves on they have to go back to the regional centre but at least it helps people to maintain those connections to country and helps demystify dialysis. Often, it’s led to communities then moving to help us get permanent dialysis.”

Earlier this week, Sarah was awarded a Member of the Order (AM) in the Queen’s Birthday Honours 2020 List for her service to community health, remote area nursing and the Indigenous community.

“It’s lovely. A lot of the people that get these medals are politicians or sportsmen or famous people. I’m not a famous person and it’s really lovely to get this recognition,” she says.

“The medal’s got my name on it but I’m taking it as just real recognition for my bosses, who are Aboriginal people from out bush. They’ve done such a fantastic job and all the nurses and other folks who’ve come and worked for us over the years. It’s recognition of lots of people’s hard work.”

There was a time when Central Australia had the worst survival rates for dialysis in Australia.

But the dedication and commitment of the Purple House shifted the goalposts and now, it has the best.

“Every time I tell someone that story I start to get a bit teary,” Sarah says. 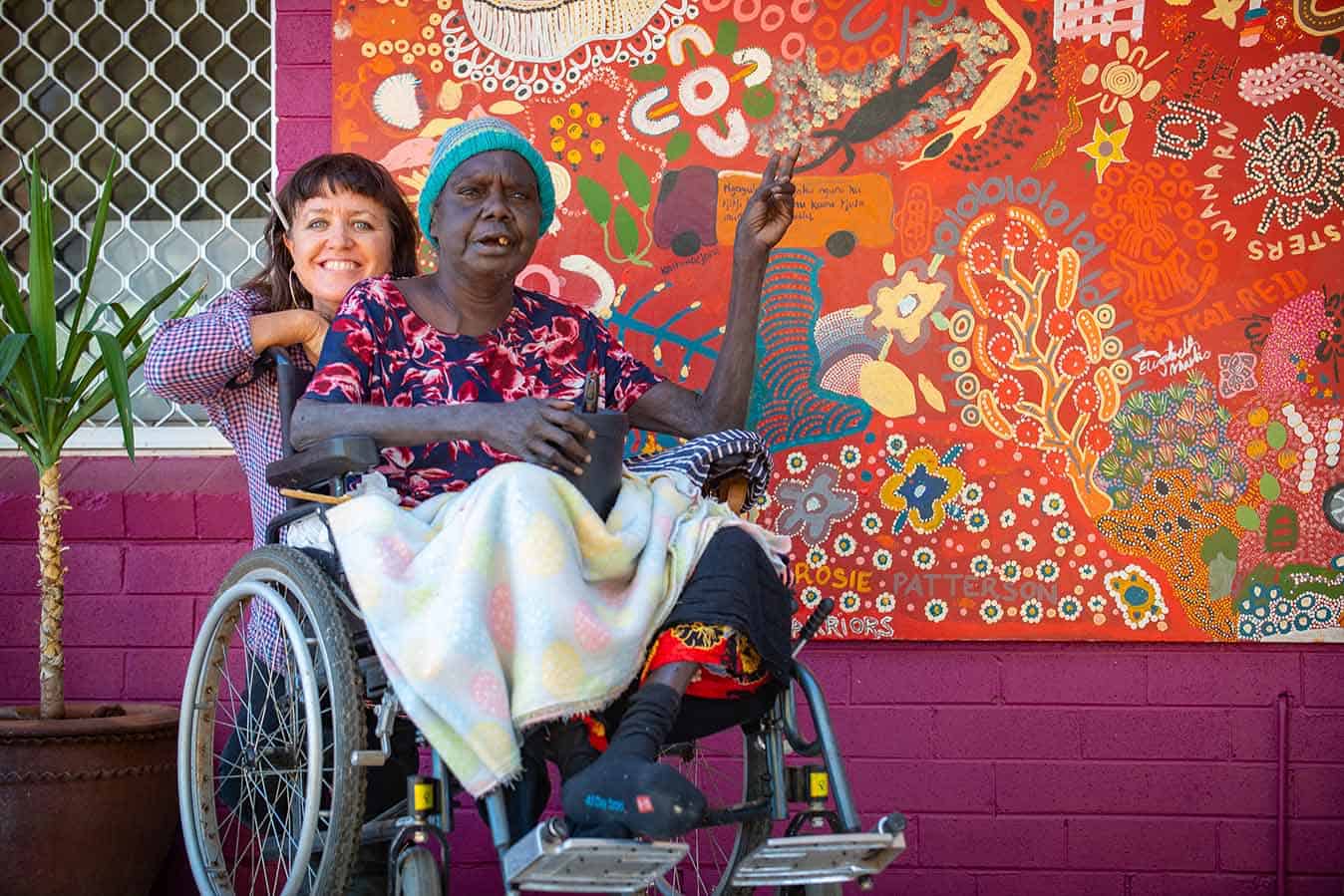 “At the base of the story, it’s about hope and it’s about Aboriginal and non-Aboriginal people working together to make the world a better place.”

Other major turning points for the Purple House include a Medicare item number for nurses and Aboriginal health workers to provide dialysis in very remote Australian communities, announced in the 2018 federal budget.

“Our outcomes are so good. People who have dialysis with us are living a lot longer than anybody else so we’ve now got a Medicare item number that’s been created for our model. There’s a Medicare number that covers the dialysis done in a really remote community by a nurse or a health worker so that’s fantastic recognition that doesn’t disappear and that helps mean we’re not frightened for funding every couple of years anymore.

“If we do the dialysis out bush we’ll get the money but more significantly than that it’s not just for us, it’s for any remote community. We’re getting lots of requests from remote Aboriginal organisations and remote dialysis patients from across the country asking for help to get their family members home.”

Like many health services across Australia, Sarah says the Purple House has faced challenges amid the global COVID-19 pandemic and been forced to adapt due to social distancing guidelines.

Sixteen years on from the Purple House’ first dialysis clinic opening up in Kintore, Sarah believes the future of the organisation remains bright as it looks to write its next chapter.

“We’re getting lots of requests from other communities asking for help with dialysis and we’re getting asked by the communities that we’re doing dialysis in to help them with other services such as aged care, school nutrition, Indigenous employment and training.

“Because we’re community controlled and we’ve got this really strong model of how we do things and how we look after each other, you can kind of adapt that to all sorts of different service delivery and it gives people a real choice over their lives and the way their services are provided.”