On 12 October 2002 three bombs were detonated in the tourist district of Kuta on Bali in a terrorist attack which killed 202 people, including 88 Australians, 38 Indonesians and 23 Britons.

Helen Zahos, aged 25, an RN for a little over two years, was working in emergency at Royal Darwin Hospital (RDH) and as an ambulance officer for St John’s Ambulance when the Bali Bombings occurred.

“I was on night duty at the RDH in triage. There was a person at the window who was dressed and acting strangely, his arm was wrapped in his t-shirt, and he was telling us about a bombing that had happened, that he’d had this race to the airport.”

“We didn’t have social media back then. As a novice nurse, I didn’t know whether to triage him as a cat 1 for a bombing or a cat 2 as he’d come by plane – and whether his story was even legit, as it seemed so elaborate.” 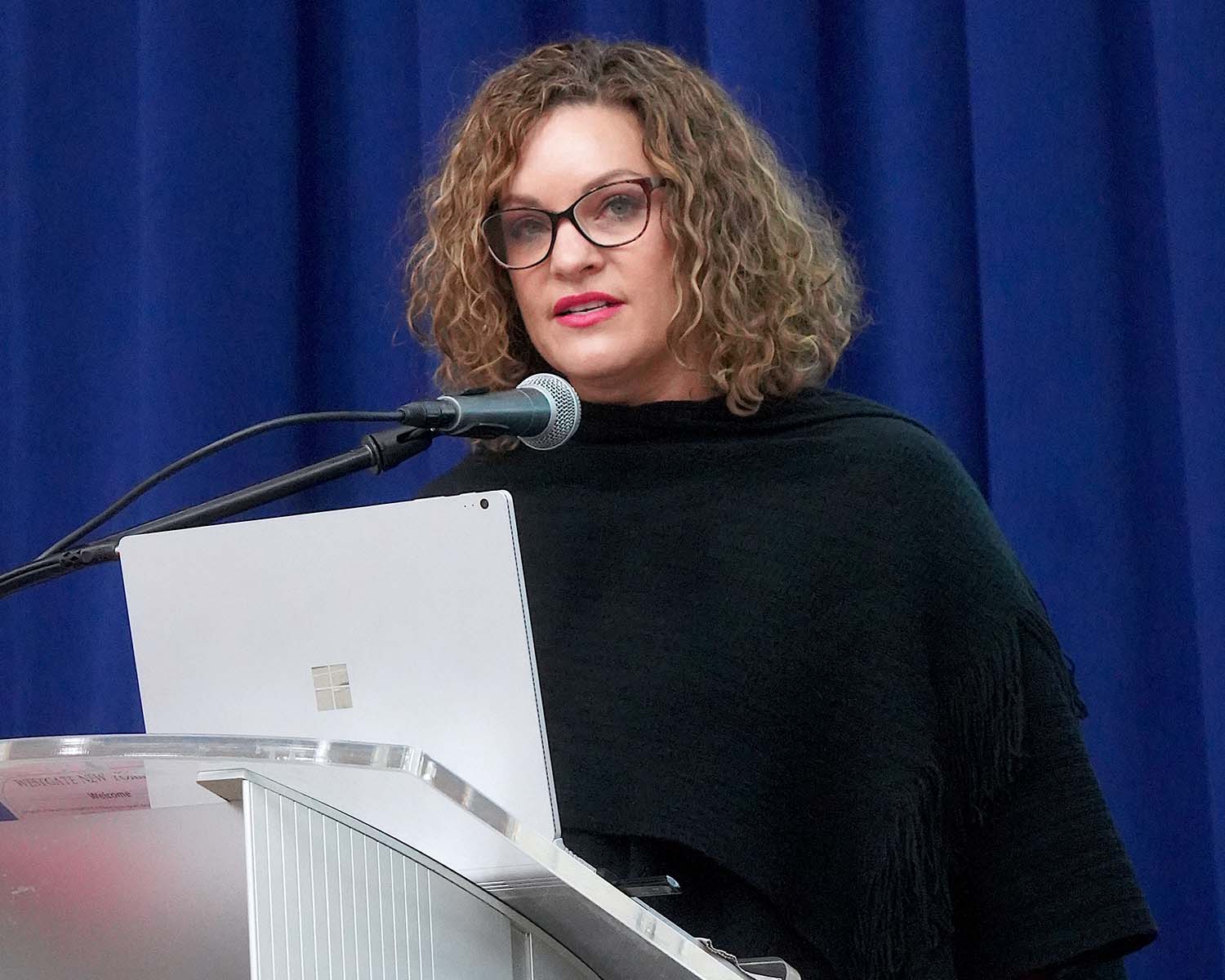 Only hours later, the bombings in the tourist district of Kuta on Bali had been confirmed with the injured Australians being flown to Darwin for medical stabilisation.

“I’d finished my shift and was having breakfast and I know exactly the place I was standing in the Casuarina Square shopping centre when I got the call. I hadn’t seen the news. It was a phone call from the ambulance service, asking me ‘can you get ready, there’s been a bombing’. Then I was asked ‘are you coming to the ambulance side or the hospital side?’ I rang the hospital and spoke to my NUM who said ‘you’re coming to us. We need you in the ED.’

The Royal Darwin Hospital ED received all 80 injured Australians from the Bali blasts to be stabilised.

“We had precious few hours to put our disaster plan in place before they were brought to us. The RDH started emptying patients to the private hospital. They called everyone [staff] in. We did a run to Woolworths and got all the glad wrap we could get.

“Everyone knew about the bombings. People who would normally come to hospital didn’t arrive. The worldwide media started to arrive. There was a definite feel – that this was really big.”

The camaraderie in the lead up turned into horrid realisation as the first Australian survivors arrived to the RDH.

“They staggered the patients; they were triaged on the tarmac, so we weren’t inundated at once. Then the first ones came in and we thought ‘this is bad’. These people had 60-70% burns with severe facial burns. Some of us might have seen one of these before but to see so many of them, it was like a war zone. A lot of these people were minors, severely burnt, intubated as their airways were swelling.

“There were two standouts for me. We had drawn up lots of morphine ready, but no one complained of pain, they were too burnt; and with the explosion, people couldn’t hear us.” 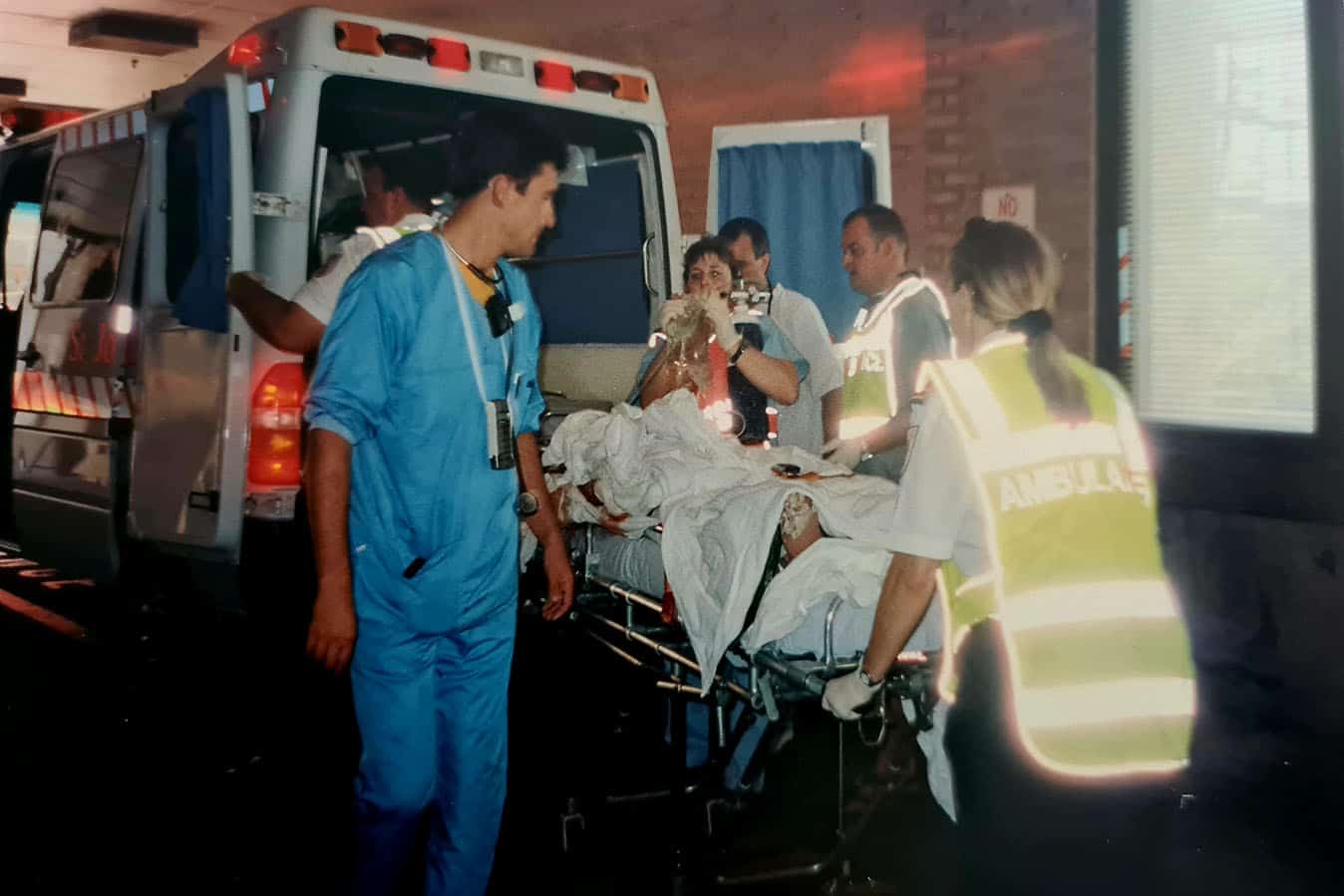 After about the 16–18-hour mark at the hospital, Helen remembers being tapped on the shoulder and told to go get some rest.

“I didn’t want to leave even though I was overwhelmed, there was an overriding need to stay and help. These were mostly young people, I remember this one young girl lying on her stomach because her back was so burnt, they were putting in a central line, I remember looking at her beautifully manicured nails. As I exited the hospital I just burst into tears. It was intense and emotional.”

The aftermath continued for days with Darwin playing centre on the worldwide stage.

“It was a blur. For a couple of days, we were still in shock, losing sleep, having nightmares. But you couldn’t even take yourself outside for five minutes, there was chaos, and you would get photographed, it was very invasive and emotive. Each person had a story; we were very protective of their stories.

“We had never heard of terrorism. To think that someone had intentionally set off a bomb. In Darwin, people became scared, thinking we were next, that we’re so close. There was a lot of fear.”

Helen has been to Bali since the bombings and paid her respects at the memorial in Kuta.

“I’m Greek and I saw the names of Greek Australians and I had that added connection and I got very emotional.”

At 25 years of age in 2002, the experience helped forge Helen’s career as humanitarian, disaster and emergency nurse and paramedic who has worked in Iraq, in Greece during the Syrian refugee crisis and more recently in Ukraine during the current conflict.

“To this day, Australia has not experienced anything like that, for a hospital setting to receive that many patients who are that critical. I am really proud of that; it was run so well with the resources we had. We stabilised them all.”

Helen attended the reunion held in Darwin to mark the 20-year anniversary.

“Twenty years is closure. I look back now, and I think how affected we all were. None of us could cook meat or stand the smell of smoke, it took a long time. We were quite traumatised. I think in that time, we’ve come to realise the enormity of it and the significance of it.”