Georgie Carroll is a registered nurse, comedian, author, and now familiar face on Australian TV. After moving to Australia in 2009, she stumbled into comedy and never looked back.

Why did you choose to become a nurse?

Grandma told me to. She had been a ward clerk on the local emergency department and just saw a nurse in me. I was a bit of a lost soul between 16 and 20 til grandma sat me under the sorting hat.

You moved from Manchester in England to Australia in search of a new adventure. What were your first impressions and did you find what you were looking for?

I had spent my whole life in the same village north of Manchester, England, before migrating.

I had a good life there but felt I had done all I could do in terms of growing. I knew everyone, I was a regular in every pub, I had become disillusioned with prospects in the NHS, I had married and had all the kids I was having. It was time to work out what the next bit looked like.

I worked in ICU in the public health in the UK and moved to a similar public health ICU in Australia. Conditions here were heavenly in many ways. It was great to get breaks (most of the time) and the staffing was loads better.

It was lovely to be in a system that understood I had a life outside of work and accommodated it when possible.

At first, the only downside was that I felt more autonomous in the UK, less protocol driven. On reflection, though we might have just been a tad maverick at times in order to get through the shift on skeleton staffing.

A year later, you ventured along to an Open Mic Night to perform stand-up for the first time. Describe the experience.

The first gig felt effortless, like when you are doing karaoke and you are really looking forward to the power ballad you know you can smash out.

I thought I was brilliant. I wasn’t. I had no idea that stand-up was an art form at the time.

In stand-up, just like in nursing or medicine, it’s sometimes good to not know how much better at it you are going to get when you start, am I right?

How do you come up with jokes and create a comedy show?

Most nurses are natural storytellers and most weeks will give you a good dinner party story.

It is the jokes, the stories you tell at dinner parties, in the least words possible, with the funniest bit at the end.

The shows need a bit more heart; they need a sentiment for the audience to go home with.

What is your most memorable gig?

The first gig back after COVID shut the arts down was all the feels. 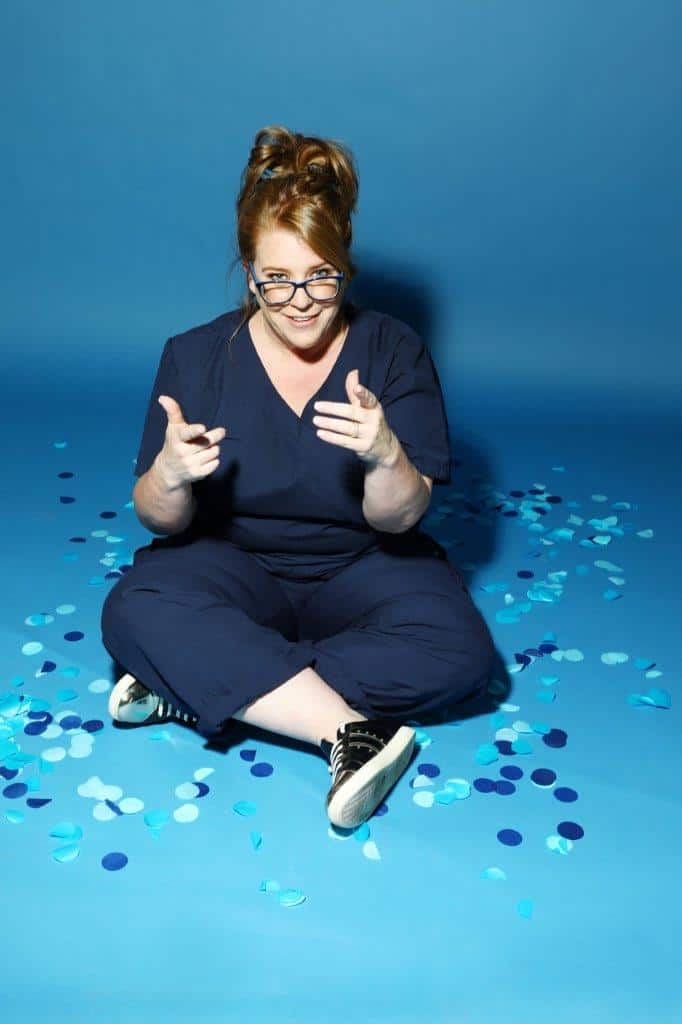 It was on the Gold Coast, to a theatre full of health carers. Not one second of that show was wasted or taken for granted. I’d still be on that stage if they hadn’t had to shut.

You have been a nurse for more than 20 years. How has the profession shaped your comedy?

Definitely the banter in the hospital staff room and the perspective absorbed by working around suffering gave me a blunt wit.

There is an understanding with gallows humour that it all comes from somewhere that is ultimately caring.

You perform at various nursing conferences. What is it like performing in front of your own people?

I bloody love doing the conferences and award ceremonies, they can be such dry events so people are proper ready to laugh by the time I get up there. Also, they are great places to pick up free pens for my writing.

What are the biggest advantages and drawbacks of being known as ‘the nurse comedian’?

Having nurses as my target audience is brilliant. They go out in groups, there are millions of them, they book weeks ahead because of rosters and they laugh really hard. They do not care/know what day of the week it is so Wednesdays and Saturdays are equally full.

You stopped practising a few years ago to focus on comedy. What do you miss most about nursing?

I miss the community. As a stand up, I am a lone wolf, whereas nursing is a pack animal activity. I also miss the staff room food. No one bakes cakes in comedy.

Your debut book, Off the Charts, charts the life of a nurse and is billed as a celebration of the big-hearted, no bullsh#t nurses who sooner or later play a huge role in all our lives. What was your inspiration?

The book was inspired by 20 years of hospital banter, ohhh! the books all of us could write.

I want it to be the book that all nurses get when they start as preparation for the life, and all retiring nurses get it for a good old reminisce. Those of you nipples deep in the shitshow will also love it if you get time.

Off the Charts by Georgie Carroll, published by Macmillan Australia, is out now. RRP: $34.99