Despite the widespread practice of older patient specialling in acute hospital settings, there is no evidence of the best model, or any clear guidelines around this practice.

INTRODUCTION
People over 65 years of age are now the core business of acute health services (Australian Institute of Health and Welfare (AIHW) 2017). Many older people present to hospitals with multiple comorbidities and are at increased risk of developing further complications during admission (Bail & Grealish 2016). Complications such as urinary tract infections, pressure injuries, pneumonia and delirium are even more common in older people with an existing cognitive impairment such as dementia (Bail & Grealish 2016).

It can be undertaken as either one-to-one or cohorting (ie. one nurse for two or more patients with similar conditions) (Lang 2014).

Staff who special have varying qualifications and experience. Registered nurses (RNs) and enrolled nurses (ENs) occasionally act as specials (Feil & Wallace 2014), but they may be recruited from existing ward staff and replacement staff not provided, leaving the remaining staff responsible for larger numbers of patients (Portelli et al. 2016).

Due to the high cost of specialling, assistants in nursing (AINs) are often given the role (Dewing 2013).

Despite the increase in older patients needing specialling in hospitals (Carr 2013; Dewing 2013; Portelli et al. 2016), there is no evidence of the best model, or any clear guidelines around when to commence or cease specialling, the best way to special, who should undertake the role, and how they should be prepared (Cook et al. 2018).

AIMS AND METHODS
Our study aimed to explore ward nurses’ views of specialling older patients in hospital, including:

We collected our data through a focus group discussion with nine RNs who work across the acute aged care wards in a large metropolitan hospital in Sydney, Australia.

Two males and seven females varying in age and nursing experience participated in the discussion, but all had worked in aged care in a number of hospitals for at least three years. We asked open-ended questions to explore ward nurses’ experiences of specialling older patients in their hospital wards.

The discussion was audiotaped and transcribed to help with data analysis. The transcript was read multiple times and key themes that were in line with the study’s three main aims were developed and discussed amongst the researchers until agreement was reached.

Why older patients are specialled in acute hospital wards
Delirium and risks associated with patient safety were the most common reasons for specialling older patients. Nurses were concerned about patients falling, climbing out of bed, pulling out catheters and IV lines. They expressed frustrations at trying to prioritise their time on a busy hospital ward while managing these behaviours and keeping patients safe. Specialling was viewed as a favourable way of addressing these frustrations.

The nurses reported that commencing specialling was largely based on the ward nurses’ intuition. They identifi ed doctors, the Nursing Unit Manager (NUM) and Clinical Nurse Consultants (CNC) as the main staff involved in the commencement of specialling once the need had been identified by a ward nurse, but were concerned about the lack of tools or criteria to support this process.

HOW SPECIALLING IS PRACTICED
Nurses were often reluctant to flag a patient for specialling because of the common practice of recruiting specials from the existing ward staff, resulting in an increased workload and compromised staff /patient ratios for the rest of the ward. This risk of losing a staff member vs. the risk to a patient’s safety was reported as a major dilemma for the nurses.

When specialling was commenced, nurses were frustrated at being allocated specials who were mostly AINs or new graduate RNs and/or lacking experience in caring for older people. Rather than feeling reassured that the patient in need of specialling was now being well cared for, they worried about the extra work they had to take on in keeping the special safe, as well as having to provide care for other patients. The issue of gender in assigning specials was also discussed. Comments were made regarding a male nurse who said that he was only allocated to special because of his gender and physicality, not necessarily his skills and experience in caring for older people.

Nurses reported that the practice of specialling varied across hospital wards. They felt that specialling should be done one-to-one, and were troubled by the increasing practice of ‘cohorting’ patients when specialling (ie. one special for two or more patients with similar symptoms). Cohorting was reported as stressful for nurses because of compromised patient safety and quality care when nurses needed to be in two places at once.

KNOWLEDGE AND SKILLS REQUIRED FOR SPECIALLING
Teamwork was discussed as an important part of specialling. While the nurses expressed concerns around AINs and junior staff being assigned as specials, they also reported that it was not necessarily the special’s qualifications that were problematic, but their familiarity with the ward and their knowledge of how specialling should be carried out. They suggested that a pool of AINs who were familiar with the ward routine and the regular nursing staff could be trained up for the specialling role. They thought that this would help specials speak up if they felt unsafe or out of their depth when specialling complex older patients.

Nurses suggested that all specials should be trained in early recognition and response to delirium, including understanding the underlying pathophysiology. Training in how to manage challenging behaviours was strongly suggested. Nurses were upset at seeing inexperienced “terrified” specials when trying to address older patients’ challenging behaviours, and said it was “heartbreaking” to see older patients being inappropriately managed while in a delirious state. Recommended training included practical strategies for breaking the holds of aggressive patients, and calling for help, along with training in the kinds of care that would elicit positive responses from older patients.

Compassion for older people was emphasised by the ward nurses as being absolutely essential when specialling. Required communication skills included the ability to communicate and act in a calm manner, and create a “safe space” for specialled patients. Nurses felt that specials who were untrained in effective communication techniques, particularly for those with dementia and/or delirium, were likely to react in unhelpful ways, causing stress for both the special and the older patient.

DISCUSSION
Our data indicates that older patient specialling is a highly stressful practice for regular ward nurses, the junior and unqualified staff taking on the role, and for older patients themselves. Formal policies or guidelines are needed to support specialling in hospital wards and improve outcomes for both staff and patients. (Box 1)

The specialling role is often unpopular, due to staff anxiety about managing challenging behaviours in older patients while trying to provide quality care (Flynn et al. 2016).

Specials can also feel isolated when specialling (Dewing 2013). However, confidence and job satisfaction levels in undertaking specialling improve when hospitals adequately orientate specials to the ward policies and procedures, and include them as part of the ward team (Flynn et al. 2016).

Specialling policies/guidelines should consider whether it is appropriate for new, junior or inexperienced staff to special, and how to support a team approach to specialling.

Untrained staff may be subjected to physical and verbal abuse from their specialled patients, feeling vulnerable and undervalued in the role (Wilkes et al. 2010). 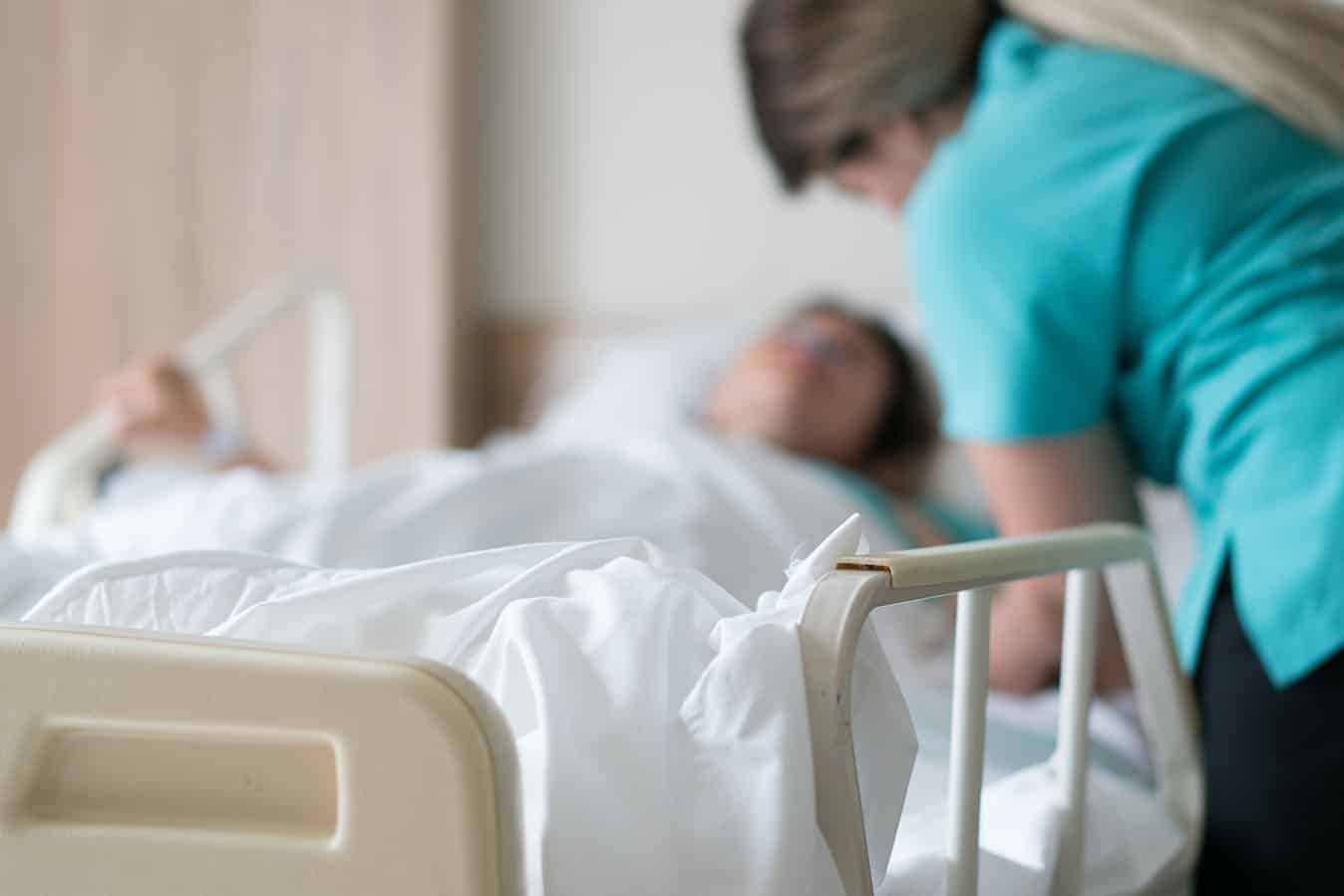 Patient outcomes such as reduced hospital stay, improved pain management and fewer falls have been reported when specials are supported by appropriate training and recruited from a pool of existing hospital staff who are familiar with the ward routines, policies and procedures (Bateman et al. 2016).

Organisational costs could also improve with specialling policies/guidelines. Hospital administrators are often reluctant to support specialling as costs are absorbed by ward budgets (Dewing 2013). The high costs of specialling have been identified mostly in terms of staffi ng costs per shift (Wood et al. 2018).

However, policies and guidelines to support specialling in acute hospital wards may reduce these costs through more stringent justification and closer monitoring of the process. Staff who feel assured that their staff/patient ratios will not be adversely affected by flagging the need for specialling (Portelli et al. 2016) may also experience increased job satisfaction (Wood et al. 2018).

This, in turn, may reduce the costs of both staff turnover, and also reduce costly patient adverse events (eg. falls).

CONCLUSION
Nurses in this study viewed specialling as a favourable practice in terms of fewer patient adverse events. However, they also identified stressors associated with specialling such as increased responsibility for junior or inexperienced staff, cohort specialling and increased workload.

Specials need to have compassion for older people, be experienced in recognising and responding to delirium, and have appropriate communication skills.

Consistent policies and guidelines are needed to support the specialling process.

References
Australian Commission on Safety and Quality in Health Care (ACSQHS). 2016. A better way to care: Safe and high-quality care for patients with cognitive impairment (dementia and delirium in hospital) – Actions for clinicians. Sydney: ACSQHS.