Nursing in prison: How a nurse-led clinic is making a difference in the lives of older prisoners with chronic health conditions

In April, 2019, Alison established a Healthy Ageing in Prison clinic for prisoners over the age of 60 with chronic health conditions. The goal was to improve the health of prisoners by creating a nurse-led model of care focused on prevention and health promotion.

Alison, who has worked at the minimum security prison for almost a decade, designed a nurse-led clinic offering cardiac, pulmonary and diabetes consultations, chronic disease screening, and practical health promotion activities such as falls and balance classes.

The prison has approximately 350 inmates, with a third over the age of 60.

“Our prison population was ageing rapidly,” Alison recalls of how the idea for the clinic came about.

“Because many of the older prisoners have multiple co-morbidities, we were trying to come up with ways to better manage their care and all those complex health needs that go with it. Our focus was on identifying health risks and addressing issues before they became problems.”

After being given the green light, the clinic ran every second week, with nurses seeing four new patients per day. Patients who presented were offered a six-week course of care that included a detailed initial health assessment, tailored health plan targeting individual health needs and goals, and assessment by a physiotherapist.

Half-way through the program, a doctor provides a full assessment that explores the patient’s chronic health conditions, reviews their medication and measures their health literacy and capability to self-manage their healthcare. The final two weeks of the program focuses on offering advice and support to help patients manage their own health conditions. For example, nurses in the clinic developed health promotion materials that patients could keep in their rooms and refer to at any time.

Nurse Jack Doyle undertook his graduate year in 2019 and spent his final rotation working at the prison. The challenges and rewards of the unique setting motivated him to continue working there on a part-time basis.

“I didn’t know how it was going to go at first, because it’s just such a unique environment,” says Jack, who spends the rest of his week working at the Ballarat Base Hospital, looking back.

“After a few months of being here I enjoyed it so much that I stayed on. It’s different to hospital-based nursing and offers a diverse nursing experience.”

Nursing at the prison typically involves a range of duties, such as dispensing medications, nurse clinic review and treatment, emergency response, chronic healthcare planning, patient advocacy and referring prisoners to other health professionals such as physiotherapists, podiatrists, audiologists and psychologists. Nurses also accompany patients to visits with a doctor, who is on hand three days a week.

Langi Kal Kal is a working prison that has several factories and farms. Jack says the nature of the working environments mean workplace injuries crop up from time to time.

The youngest prisoner currently at Langi Kal Kal is 20 and the oldest is 92. Health issues among the older population include chronic conditions such as diabetes, obesity and heart disease. Younger prisoners are largely fit and healthy but some experience drug issues.

The lead nurse at the Healthy Ageing in Prison clinic, Jack lists poor health literacy among prisoners and medication compliance as some of the biggest challenges.

“If they’re diabetic, sometimes they don’t understand the ramifications of it so I’ll go through that with them and just explain that it affects your heart, your legs, everything,” Jack says.

“Another issue is medication compliance. Sometimes they’re not the best at taking their medications. With some medications, they can take them back to their cells and are allowed to manage that by themselves. Other medications need to be supervised and they need to come down to the clinic a couple of times a day and be supervised by a nurse and an officer and have a mouth check.”

The nurse-led clinic was originally designed for prisoners over the age of 60 but it quickly became apparent that those aged under 50 with chronic health conditions would also benefit and the criteria was changed to give them access.

By and large, Jack says the clinic has been embraced by prisoners and achieved significant health outcomes.

Most significantly, the clinic reported improved health literacy among patients and found they began taking ownership for their chronic health conditions to the point they now openly discuss them with healthcare staff and understand how they impact their health and lives.

Jack says linking up patients with other health professionals such as audiologists or optometrists gave him confidence that the project was making a meaningful difference.

Professionally, Jack believes running the clinic at the prison has afforded him greater autonomy as a nurse than his main role at the Ballarat Base Hospital currently allows.

“When I work at the Healthy Ageing clinic it’s just sort of me and the prisoner. If I need to escalate anything or ask questions I’ll seek out senior staff but most of the time it’s me making those decisions based on the information I’ve got in front of me.”

Without doubt, Jack says the opportunity to deliver patient-centred healthcare to Victorians often experiencing the lowest point in their lives brings the biggest reward.

“They are marginalised and don’t have a voice so I can get in there and listen to them, give them education and empower them to take a bit of control back of their health.”

Alison echoes the sentiment, saying no day at the prison is ever the same and that the nurse-led model has given her even greater opportunity to make a real difference in vulnerable people’s lives. 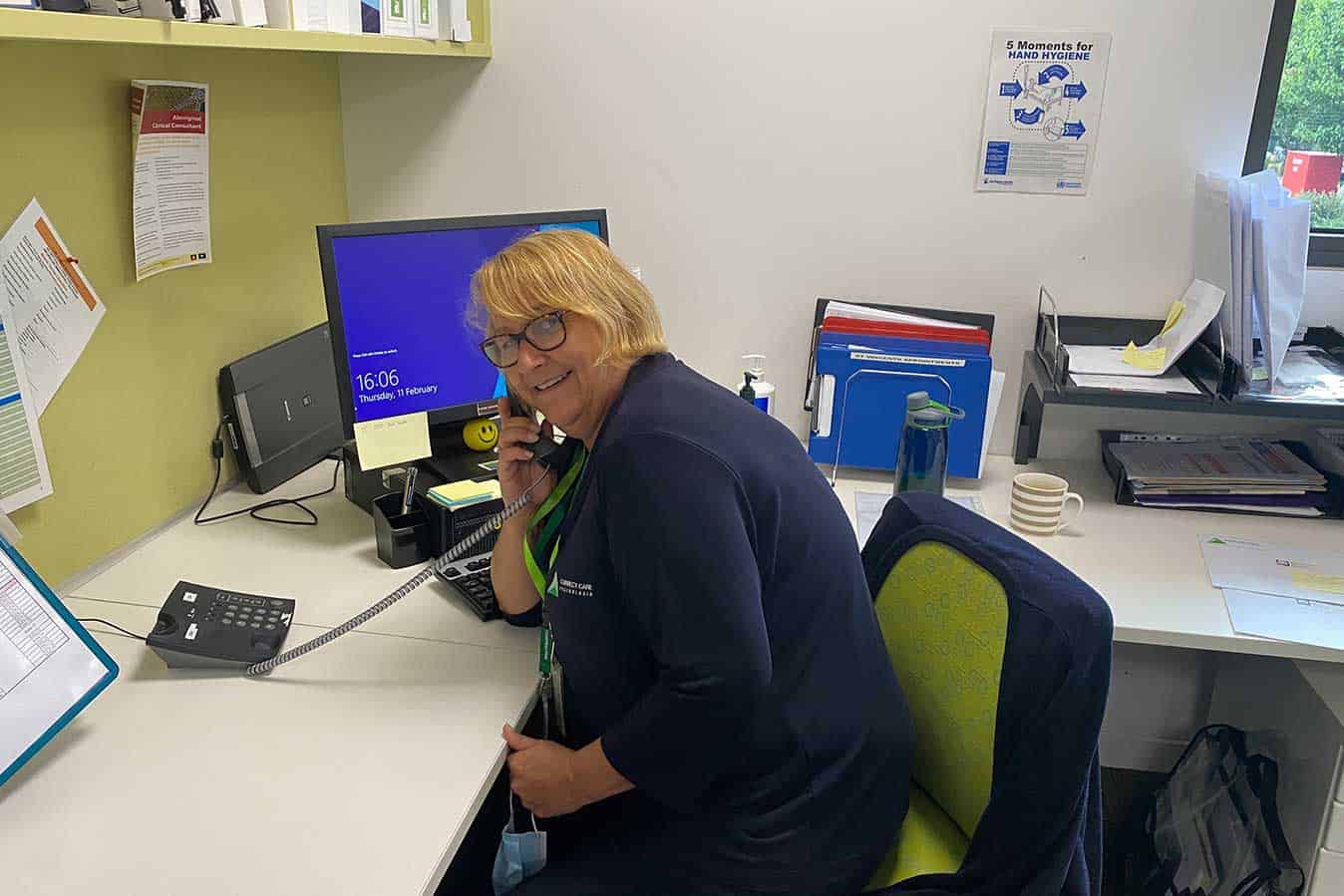 “We don’t have a normal GP or typical primary healthcare facility. The nurse-led clinic enables us to actually take the lead. Because we deal with the prisoners on a daily basis, we’re better at recognising and identifying their health issues quicker,” she says.

“The best part is the opportunity to make a difference. We still have our day-to-day duties as well, but we have the great opportunity [through the clinic] to change the prisoners’ mindset around their health.”

A year on from when it was first established, the Healthy Ageing in Prison clinic has cemented itself as a core part of the prison’s healthcare services.

Alison expects the clinic to continually evolve and one of her next goals is further developing advanced care planning among prisoners, a process that would allow their healthcare preferences to be respected at a time when they cannot voice their decisions.

Jack says the feedback from the prisoners regarding the clinic has been overwhelmingly positive.

“They’re always thankful to be listened to and get an explanation on different health conditions or needs,” he says.

“The clinic also gives them an opportunity to ask questions about medications or what conditions they have. They’re always grateful to have that time.”

One success story that springs to mind is an elderly man who had difficulty ambulating due to pain and got around on a scooter. After accessing the nurse-led clinic, he became more engaged and took greater ownership of his own healthcare.

The prisoner was released several months ago and Jack hopes the healthcare education he learnt while accessing the clinic will put him in good stead for his next chapter.

“Seeing him get to the end of the process [being released] with us and going out into the community and having his pain under control and a few other health issues sorted, he was in a better place when I first saw him.”

You may have noticed ANMJ News is no longer available on Facebook.

Here’s where you can follow us on other digital and social media platforms:

ANMJ Newsletter: Get the latest news delivered to your email inbox by signing up to our e:Newsletter on our website’s home page anmj.org.au