Nurse still in the profession after 65 years

It is hard to imagine nowadays but when Pamela Butler trained as a nurse in the 1950s part of her education involved scaling, cleaning and filleting a whole fish before cooking it for teachers to taste and score.

The then 17-year-old undertook her training at the Royal Alexandra Hospital for Children at Camperdown, now The Children’s Hospital at Westmead in Sydney.

Four years of hospital training began with nine weeks in Preliminary Training School (PTS), where fledgling nurses such as Pamela attended lectures, worked on the wards one day per week, and dressed up in full uniform to learn “invalid cookery” – cooking food for the sick and convalescent.

“They were all pretty terrible,” Pamela jokes about the dishes she was tasked with whipping up.

“You actually had to get a whole fish and you had to scale it, clean it and fillet it and it made me sick and the teacher kept saying to me ‘you will never be a nurse’ and I just wish that I could say to her today ‘look, I’m still here!’.” 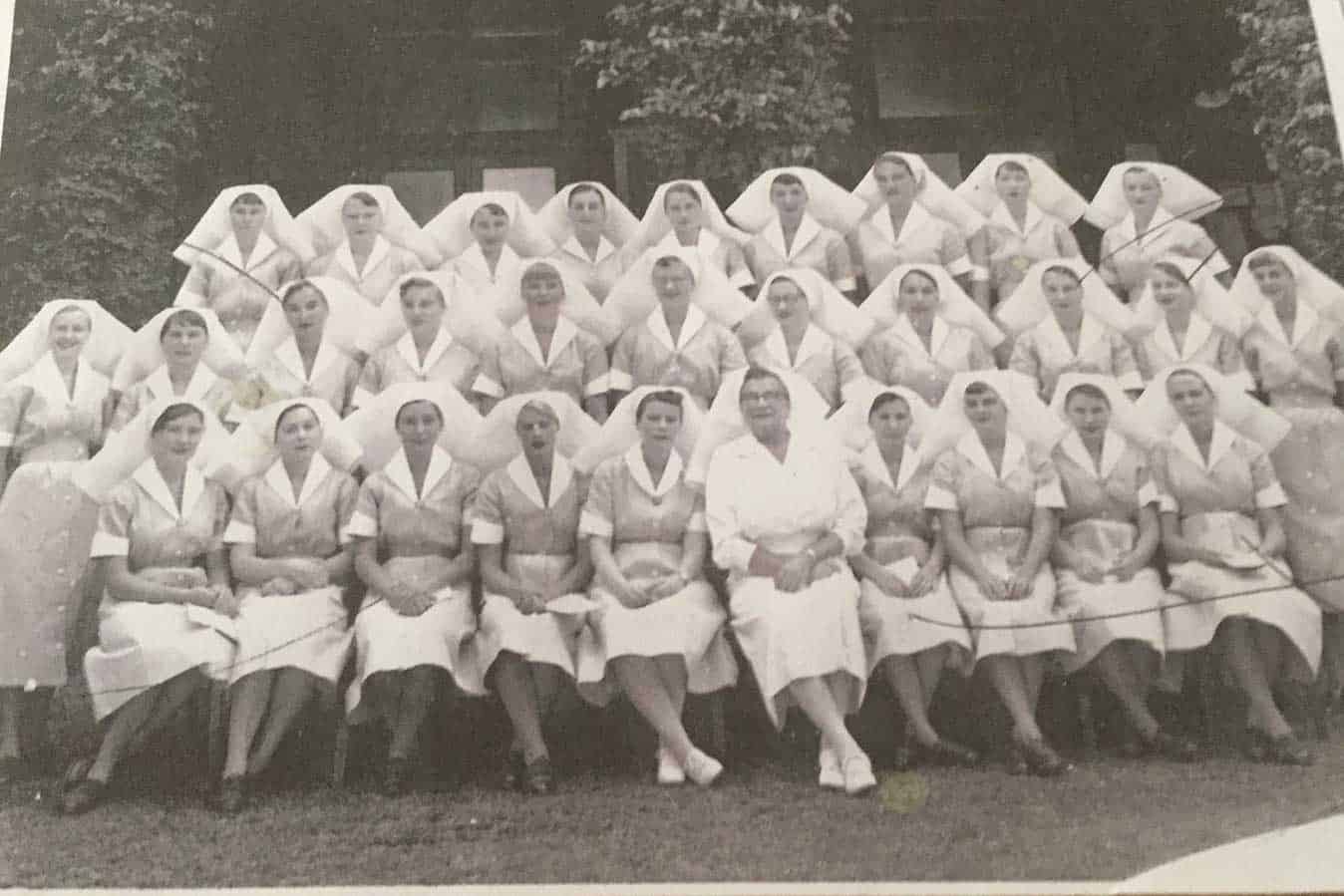 Indeed, not only did Pamela become a registered nurse and later registered midwife, but earlier this year she chalked up a remarkable 65 years working in the profession.

“Some of my friends I started with in PTS, we had a reunion about five years ago but they’re not working anymore and some of them haven’t worked for quite a long time so I really haven’t got any contemporaries that I know of that are still working,” says Pamela, who currently works in the field of maternal and child health and still does shift work.

In those early days, Pamela was drawn to the Royal Alexandra Hospital for Children because of her fondness for children and the fact nurses didn’t have to look after adults until their fourth year of training.

Nurses trained and lived at the hospital and wore blue and white striped uniforms with a starched white collar and starched cap and weren’t allowed to have any hair showing.

“I liked it straight away,” Pamela recalls.

“In those days we also lived in [the nurses’ home] so the camaraderie was great. There was about 500 nurses in the place, all at different stages of their training, so there was always someone to talk to when your shift ended and always someone to hop on the tram with and go into the city somewhere.”

Her fondness for working with children was also cemented immediately.

“Children are very gratifying to look after because they’re great patients, they heal well and they’re very cute,” Pamela says.

After completing four years of training, Pamela took on a role as a junior sister at the hospital before leaving to complete midwifery training and then mothercraft, now known as maternal and child health. 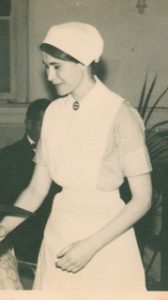 In the more than six decades that followed, Pamela undertook a variety of roles within nursing and midwifery across Australia, predominantly in paediatrics, and even ran a nursing home at one stage.

She moved to Victoria in 1997 and has continued to relish the profession.

Reflecting on her career and the growth of the profession, Pamela says nursing has come a long way, listing tertiary education and the shift from hospitals into universities as the biggest turning point.

Nevertheless, she wishes tertiary training could better capture the camaraderie of yesteryear forged from belonging to a hospital and on the job learning.

“I just wish that it would marry a little bit more with what it used to be,” Pamela says.

“I wish there was slightly more practice with the theory.

“I’ve always had this incredible fondness for my hospital. They [modern students] don’t have that anymore. They have a university, they go to university and they might go to a hospital and attach themselves. I don’t think that’s the same and they don’t know what they’ve missed.”

The mother of Australian Nursing and Midwifery Federation (ANMF) Federal Secretary Annie Butler, Pamela has always been a staunch union member and advocate.

“It’s not just that it’s a union but it’s the things they supply – the education, the scholarships, the money that they give you to go to conferences and things like that. It’s a very useful organisation.”

Looking back, Pamela counts working with children as the highlight of her career.

“I think my ability to nurse diagnose sick children and be able to look after them,” she says of what sticks out.

“Particularly, I ran a paediatric unit for five years and I was also able to do that in remote areas such as the as the Kimberley and Arnhem Land in the Northern Territory as well without the back up of a peripheral hospital.”

Pamela remains committed to the nursing profession and has no plans to retire anytime soon.

Her advice to young nurses starting out is to “hang in there”, “go for it” and never stop learning.

“The big thing about nursing is it’s a very dynamic profession,” Pamela explains.

“Everything changes. One of my qualifications is I’m an immunisation provider so I’m very interested in infectious disease and immunisation vaccines but things change all the time so I love keeping up to date and reading research and ongoing learning. I think that’s a huge part of nursing. It’s forever changing.”