Midwifery researchers are calling for the expansion of Indigenous-led birthing centres across Australia after a seven-year study found they reduce preterm births and help improve breastfeeding rates and antenatal care for First Nations mothers and babies.

The service was established in 2013 on Yuggera and Turrbal Country through a partnership between the Institute for Urban Indigenous Health, the Aboriginal and Torres Strait Islander Community Services and the Mater Mothers’ Hospital.

For the study, pregnant women attending the Mater Mothers’ Hospital who were having an Aboriginal or Torres Straight Islander baby were invited to receive Indigenous-led care at the service.

Published in the Lancet Global Health this month, the study also revealed a 40% increase in breastfeeding following discharge from hospital, and an 80% increase in women attending more than four antenatal sessions during pregnancy. 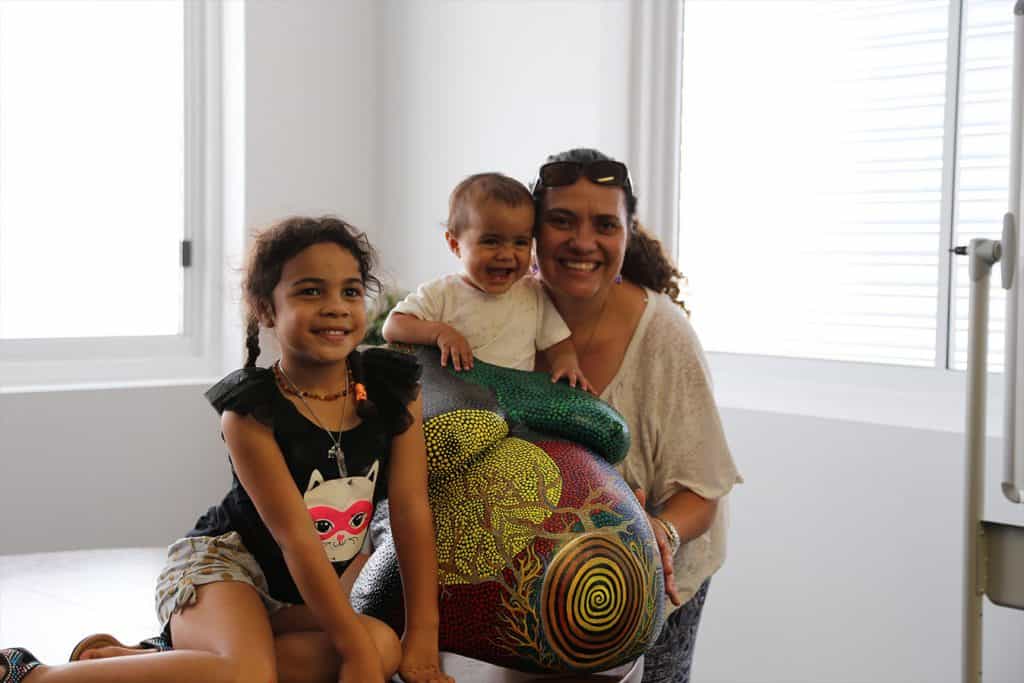 Participant and midwife in the Birthing in Our Community program in Brisbane’s southern suburbs, Kyleigh Brown-Lolohea, with her daughters and belly cast made during pregnancy. Photo credit: Charles Darwin University

“Even though First Nations health is a national priority, there has been no change in babies being born preterm – or too soon – since Closing the Gap in 2008,” Professor Kildea explained.

“We have evidence, gathered over seven years, that culturally safe birthing services significantly improve the health of Indigenous mothers and babies.”

Researchers found improved clinical outcomes for 766 Indigenous women and their babies who accessed the service, compared with 656 women who received standard maternity care at the hospital.

“Standard health services in Australia frequently do not meet the needs of First Nations peoples who are often excluded from decision-making around how they should operate,” Professor Kildea said.

“National policy recommends Birthing on Country services be tested – now we have the evidence of their benefits,” she said.

“Let’s roll them out across Australia to improve the health of all First Nations mothers and babies.”