In 2014, Brisbane woman Ashleigh experienced the tragic and painful loss of her son Dominic to stillbirth.

In the aftermath, she and her partner chose to go home, pack their bags, and return to the hospital.

“We were given as much time as we wanted to spend with Dominic [but] we ended up feeling that we would never feel ready to say goodbye,” she recalled.

“Having to leave the hospital with empty arms is the last thing anyone wants to do when they’ve gone in to deliver a baby.

“Going through the death of a baby is shattering in so many ways and so many different avenues of life. It affects your immediate family, it affects your extended family and it affects your friendships and relationships outside of that.”

Ashleigh shared her story as part of the launch of the first national Stillbirth Clinical Care Standard, developed by the Australian Commission on Safety and Quality in Health Care, at the 2022 Annual National Stillbirth Forum in Brisbane today. 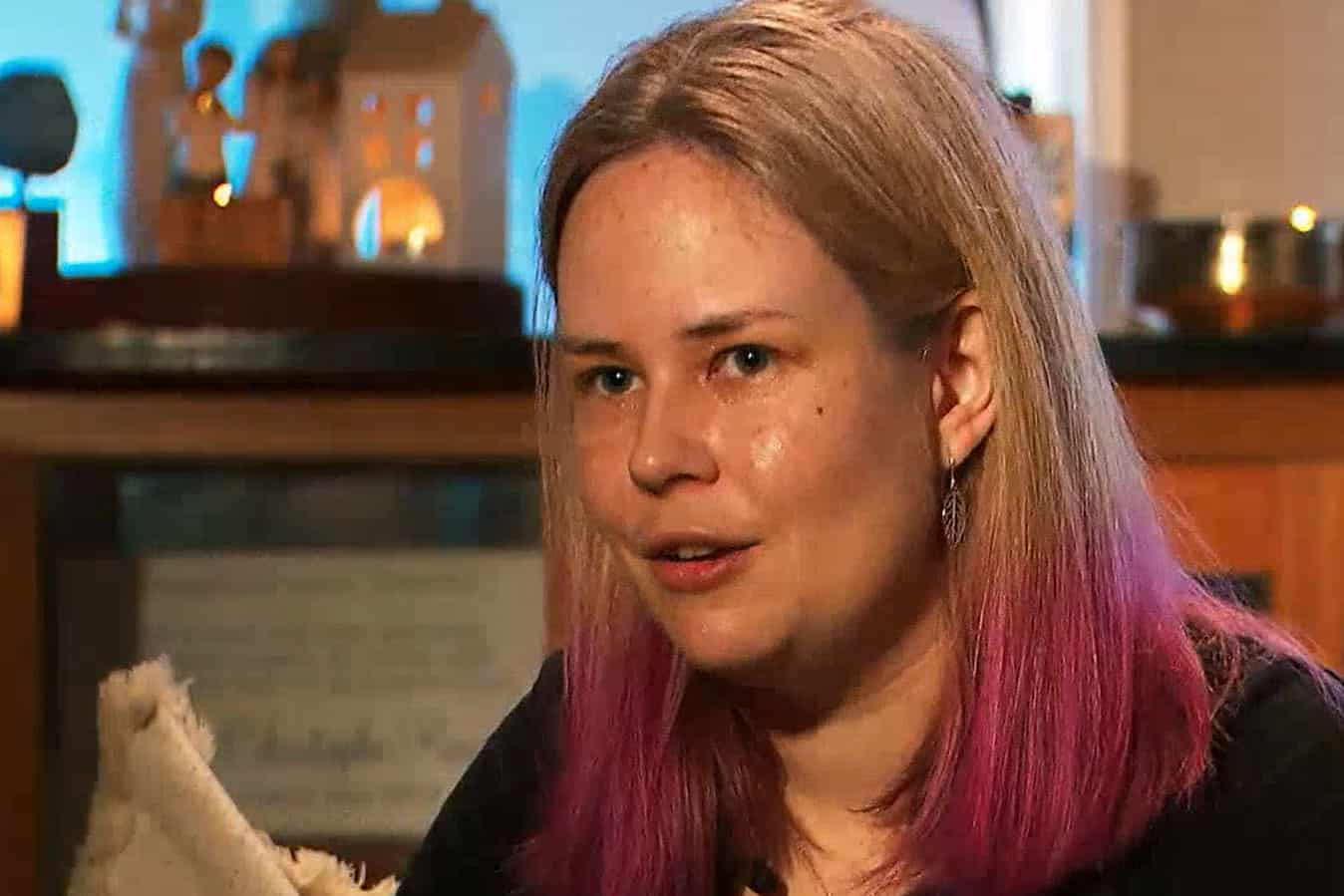 Each year, more than 2,000 Australian families experience stillbirth, the most common form of perinatal death in Australia, with six babies stillborn every day.

The new standard provides a roadmap for better care for women before and during pregnancy, encourages open discussions about options for investigations following a stillbirth, and encourages wide-ranging support after perinatal loss.

Clinical lead for the standard, Associate Professor Liz Marles, Clinical Director at the Commission and a GP, said stillbirth, a tragic and profound experience for women and families, needs to be discussed more openly before and during pregnancy, and when it occurs, to ensure the best care is provided.

“Sadly, not every stillbirth can be prevented,” Professor Marles said at today’s launch.

“However, evidence indicates that by providing optimal, high quality care, we can reduce stillbirth rates, and this is the primary goal of the stillbirth clinical care standard.

“The overarching aim of the clinical care standard is to reduce the number of women who are experiencing stillbirth, especially after 28 weeks’ gestation, reduce the variation in the approach to stillbirth prevention and investigations after stillbirth, and to support best practice in bereavement care following any perinatal loss, regardless of the reasons or gestational age at which it occurs.” 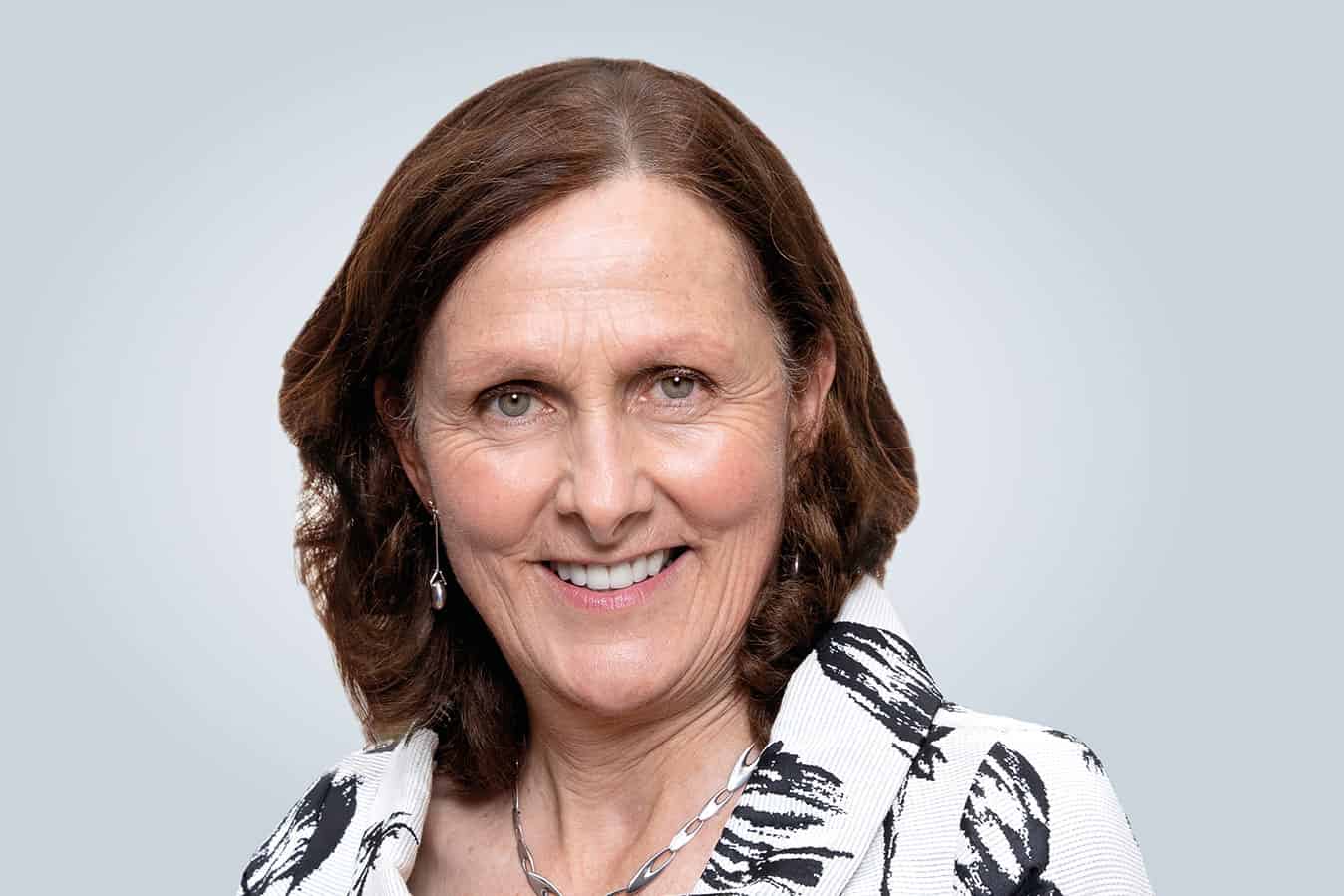 Associate Professor Liz Marles, Clinical Director at the Commission and a GP

The clinical care standard includes 10 quality statements that outline key components of care that should be offered to women and parents.

The first six, which focus on ways to increase the likelihood of giving birth to a healthy baby, include risk assessment before and during pregnancy, strategies to reduce risk, such as smoking cessation, providing culturally safe stillbirth care, offering women high-quality ultrasound during pregnancy to assess fetal growth and morphology, offering women timely assessment for suspected changes in fetal movements, and informed decision-making regarding timing of birth.

Other parts of the standard include giving parents the option to discuss investigations for stillbirth, including autopsy, the reporting of investigation results, and bereavement care and support after perinatal loss.

A number of additional resources have been developed to support the release of the standard, included specific information for women and parents, clinicians and healthcare services. 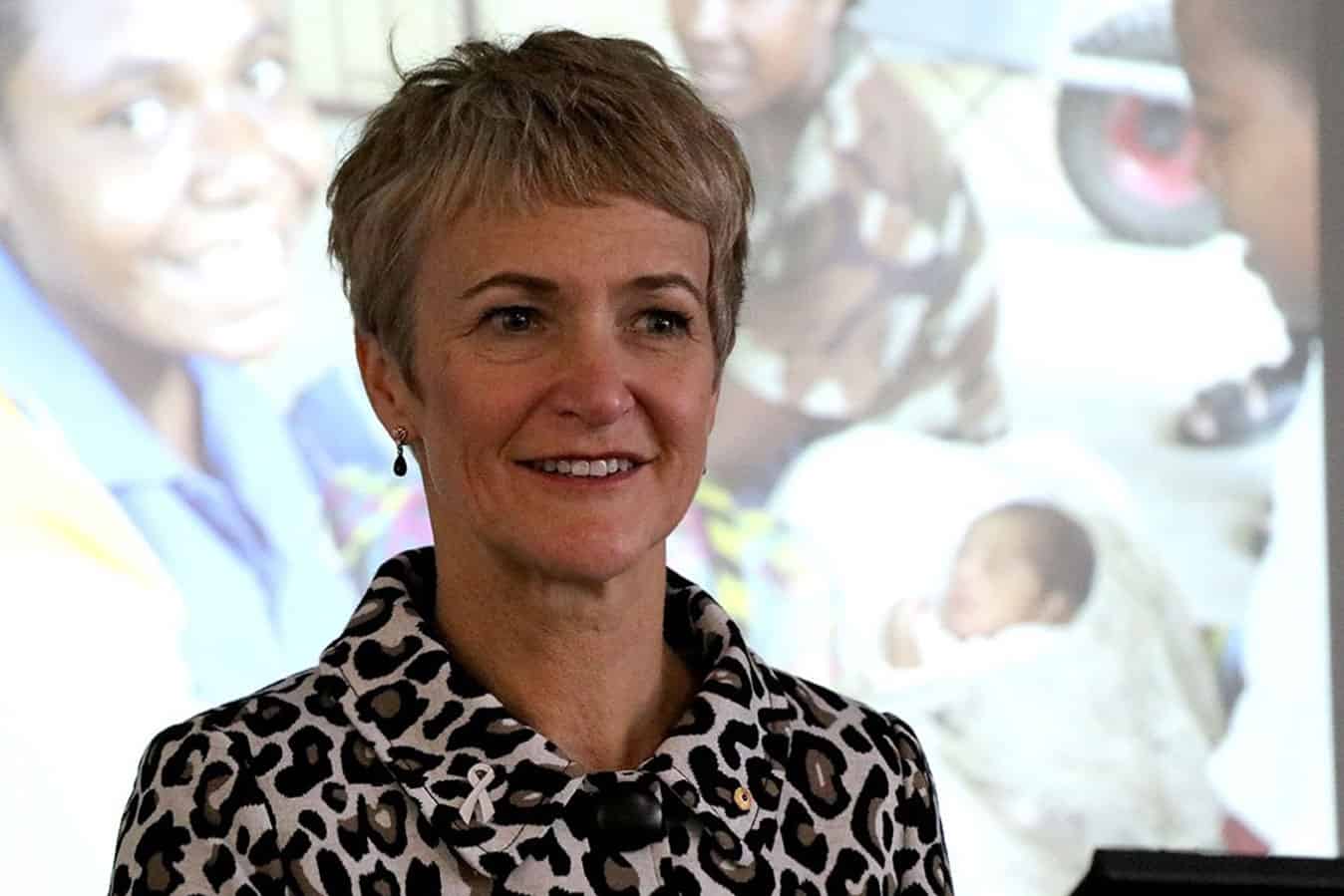 Professor Caroline Homer, Co-Program Director of Maternal, Child and Adolescent Health at the Burnet Institute and President of the Perinatal Society of Australia and New Zealand

Speaking on a panel to launch the standard, Professor Caroline Homer, Co-Program Director of Maternal, Child and Adolescent Health at the Burnet Institute and President of the Perinatal Society of Australia and New Zealand, described the standard as a “watershed moment” for Australia’s maternity services.

Professor Homer said stillbirth has commonly been difficult to talk about and confront. The feedback from women, however, was that the secrecy was unhelpful and that they wanted practitioners to be more upfront and transparent.

“I think all midwives, obstetricians, general practitioners, need to be open and honest and have these conversations in really accessible ways, but not scare everybody because pregnancy is precious and lovely and gorgeous for the most part,” Professor Homer cautioned.

“We don’t want women having the whole of their pregnancy feeling terrified, it’s a real balance.”

Professor Homer believes continuity of care is crucial to ensuring the standard achieves its overarching goal of reducing stillbirth rates. Whether it’s a midwife, obstetrician, or GP, being able to pick up the phone and call someone you can trust, who has looked after you along the way, is invaluable.

While statistics show there is seven stillbirths in every 1,000 births, this increases to 11 for Aboriginal and Torres Strait Islander women, and 12 for women living in rural and remote areas. It’s a key reason that the new clinical care standard features an emphasis on improving access to high quality and culturally safe care.

“A lot of our women don’t come into services because they don’t actually feel culturally safe,” she explained.

“To be able to have standards that remind clinicians of the importance of that is really important.

“For best practice, there is really good models out there that are starting to make a difference for Aboriginal communities but I’m really impressed with the clinical standard because what it means is if we haven’t got Aboriginal women caring for Aboriginal women in these spaces, that midwives and obstetricians and other clinicians that work in that space are reminded about doing things the right way.”

Professor Adrienne Gordon, Neonatologist at Royal Prince Alfred Hospital, and Clinical Professor at the University of Sydney, said people who experience stillbirth typically want answers, and that the new standard provides a pathway to better care and support.

“For anybody who has a stillbirth, or any form of pregnancy loss, everybody’s first question is why did this happen?

After experiencing stillbirth, Ashleigh and her partner didn’t consent to an autopsy but did allow investigations on Dominic’s placenta, which shed new light on his condition and allowed the couple to prevent the same thing happening in future pregnancies.

She said she meets lots of families who struggle with the question of whether things could have turned out differently. But she and her partner have been able to heal knowing that they did all they could at the time.

Eight years on, Dominic’s name is said daily in the household and he is not forgotten.

“It’s not an isolated event. It’s not a sad day in your life. It’s something that you remember every day, whether that’s with tears or in loving remembrance,” Ashleigh said.

Ashleigh, who was cared for during pregnancy at a group practice with half a dozen obstetricians, still remembers the excellent care she received at the hospital, particularly from midwives, who allowed her to bathe her son, take handprints and keep a lock of his hair.

“My favourite thing that my hospital did was I had one of the midwives on the ward come in and check on me but before she stopped at me she went over to look at Dominic. She commented on how beautiful he was, on the name we had chosen for him, and she did, I guess what all midwives in the hospital would do, she cooed over my little baby before she came over to see how I was going. I really appreciated the way I was not treated as a patient who’d had a terrible outcome; I was treated as a mum.”

All Ashley hopes for now is that other women and parents are afforded the same care.

“It’s important to have a standard approach to how to treat families who are identified as at risk of stillbirth and in treating families once they’ve experienced a stillbirth, “she said.

“Sadly, I still meet families all the time through my work who have really differing experiences of how they were treated before, during and after a stillbirth and a lot of the time that can lead to really complex issues in their grief.

“My hope is that these standards will help to ensure that everyone is treated with the same respect that I was treated with and given the best chance of, not only bringing home a live baby, but if they sadly don’t, then receiving the best support in that time afterwards.” 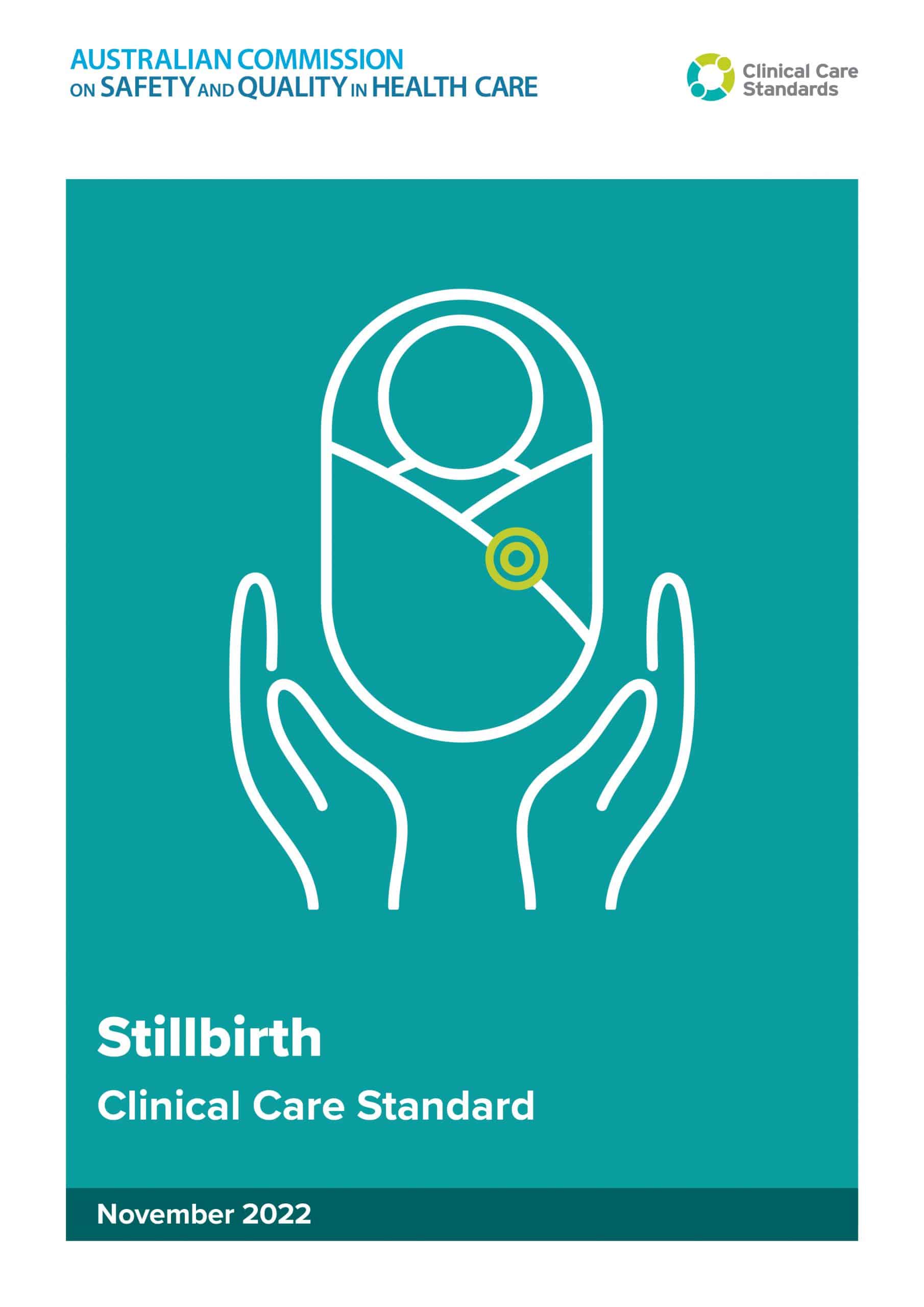 The Stillbirth Clinical Care Standard and resources can be found here