International Day of the Midwife

International Day of the Midwife is celebrated across the world each year on 5 May. It’s an opportunity to highlight the pivotal role midwives play in delivering care and advocate to strengthen the profession.

Falling within the global Year of the Nurse and Midwife in 2020, the International Confederation of Midwives’ (ICM) activities throughout the year will be underpinned by four themes – Celebrate, Demonstrate, Mobilise and Unite. They focus on celebrating the work of midwives, demonstrating the impact of midwives and case for investment in the profession, mobilising midwives to become advocates for the profession and midwife-led continuity of care, and uniting midwives towards a common goal of gender equality.

Prior to 2007, expectant mothers living in the small rural Victorian town of Robinvale would have to travel elsewhere to access midwifery care, leaving many without adequate antenatal care and midwife-led continuity of care throughout their pregnancy journey and after giving birth.

At the time, the Robinvale District Health Service (RDHS) local hospital weathered about six emergency births per year without the expertise of midwives and doctors.

That was up until Vicki Broad, the town’s sole full-time midwife, joined the service and set up a unique midwifery program delivering antenatal and post-natal care in the district.

The shared care model gives local pregnant women access to a wide-range of services including antenatal classes, blood tests and ultrasounds, and support from a visiting obstetrician.

Expectant mothers from Robinvale, which has about 100 births each year, still travel to the Mildura hospital to have their babies, then Vicki continues providing care via outreach home visits following discharge.

“We put one article in the newspaper and from that I got a call and just had people flooding in. Basically word of mouth got around and I’ve been busy ever since,” Vicki recalls of the program’s inception.

Robinvale is a bustling multicultural area, largely due to its vast agricultural farms growing produce such as grapes, olives, almonds and carrots, that attract many migrant communities looking for work.

Some of them are refugees and asylum seekers. 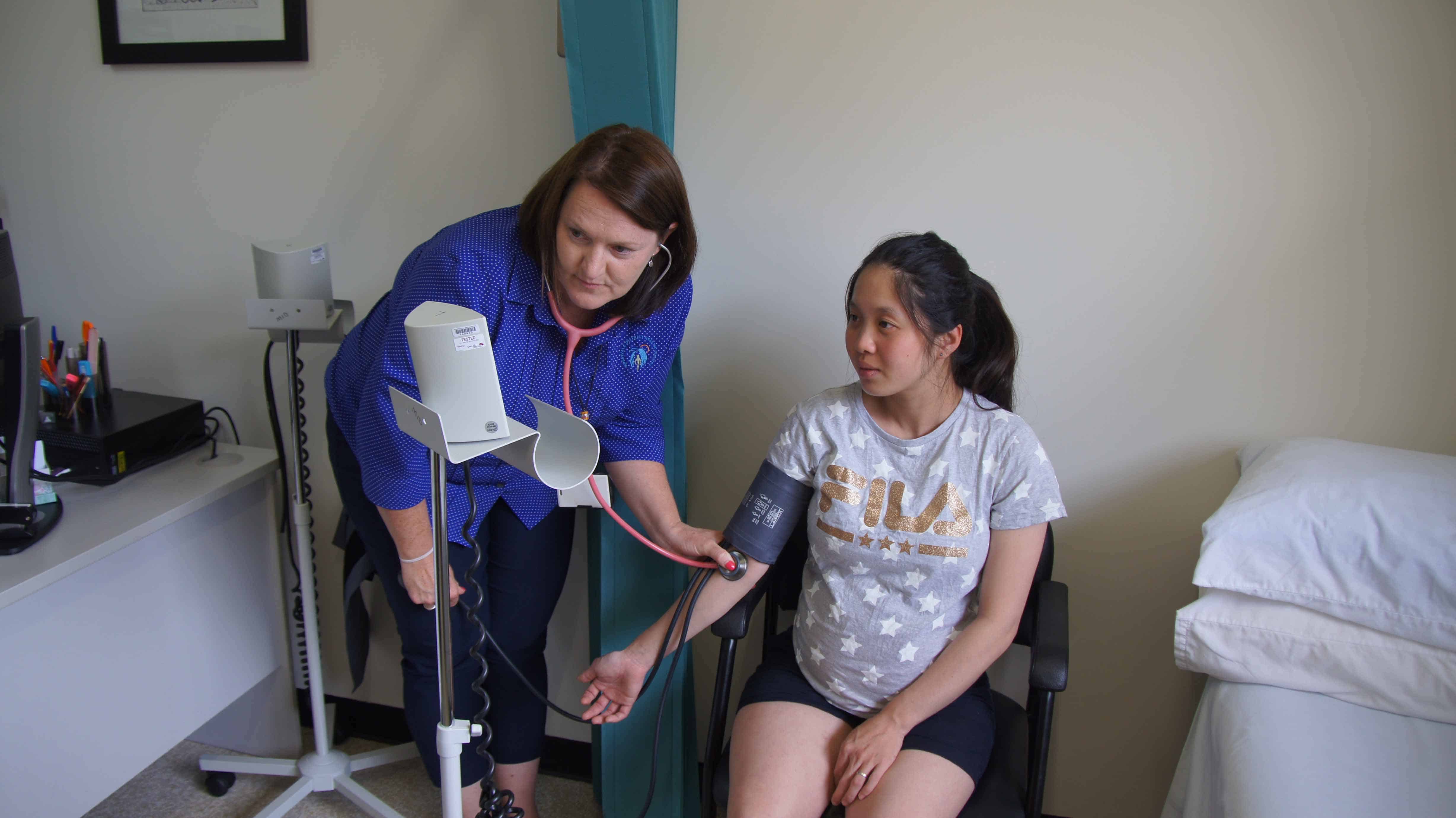 Vicki, RDHS’ Maternity Services Manager, says many of the women who move to Robinvale from these communities tend to be of child-bearing age, meaning midwifery care is in high demand.

It also presents many challenges, as pregnancy can be tough for first-time mothers, and especially for migrant and refugee women settling into a new country.

“Often these women are a little bit reluctant to come in initially,” Vicki says.

“Sometimes they present later in pregnancy and it can obviously create some problems as they miss out on that early pregnancy care.

“When we screen them for their emotional health they can have higher scores than the general population and if they do we organise counselling for them.”

Vicki says the service now provides a host of written resources for migrant women in their own language, along with access to telephone interpreters, and help with booking appointments.

She says midwife-led continuity of care remains the biggest priority through the pregnancy journey.

“Even though some of our women are from non-English speaking backgrounds and perhaps classed as higher risk, we actually have very good outcomes. We have very few pre-term births and statistically we don’t have a huge amount of complications.”

Vicki says developing an emotional rapport with this cohort of women from the community is crucial.

“The best part of this program in Robinvale is that they actually see the same midwife over and over and you have the ability to develop a rapport with them, so you really get to know these women.

“With the home visits, because I know the women it’s actually quite comfortable.

Often, their partners are there as well and I know both of them. I’ve got families that

I’ve been through three or four pregnancies with so the rapport is really quite strong.”

In this vein, Vicki says one of the most memorable moments of her time in the role involved an asylum seeker woman she cared for later asking her to be godmother to her baby boy.

Since beginning more than a decade ago, Vicki believes the midwifery program has made a huge impact, improving access and continuity of care, decreasing complications and enabling more women to be supported with comprehensive care.

The program, which earned Vicki a 2010 Nursing and Midwifery Excellence Award from the Victorian government, is always evolving and recently branched out to include women’s health services, such as Pap smears.

“Every day is different and every day has different challenges and the multiculturalism adds another dimension to that,” Vicki says.

“It is a super enjoyable job and having so many diff erent clients from so many different backgrounds is really rewarding and at a basic level just being able to help. They just appreciate the care so much.”

Vicki, who grew up on a farm and followed her lifelong dream to become a midwife, says International Day of the Midwife presents a chance for the profession to reflect, unite and celebrate each other’s impact.

“It’s a very proud day for me,” she says. “I’m so happy to wear that cap and even if it’s just me here I am thinking of midwives around the world doing what we do and I’m just really proud to be a part of this profession.”