More than a dozen nurses and midwives from across Australia have been recognised in this year’s Queen’s Birthday Honours List for their significant contributions to advancing the professions and improving healthcare.

The awards acknowledge Australians from all walks of life who have made a difference to society through their work.

Nurse ethicist Dr Megan-Jane Johnstone, who wrote a regular column in the ANMJ for a decade, was made an Officer of the Order (AO) for distinguished service to medical education in the field of nursing and healthcare ethics, patients’ rights and professional standards.

“I was a little bit shocked,” Dr Johnstone reveals.

“It’s a tremendous and very humbling honour. I certainly didn’t expect it and frankly I’m overwhelmed by it.

“What I’m grateful for is while I’m the recipient of the award, I feel that what it does do is also give recognition and kudos to the field of nursing ethics and all the work that has been done in that area to really raise the profile of the complex and often extraordinary issues that nurses have to grapple with every day.”

Dr Johnstone, who retired from her position as the Professor of Nursing/Academic Chair at Deakin University’s School of Nursing and Midwifery in 2017, counts the publication of her book Bioethics: A nursing perspective, first published in 1989 and released this week in its 7th revised edition, as possibly her greatest achievement.

Similarly, she believes her bi-monthly ANMJ column examining nursing ethics was ahead of its time in its exploration of topics such as hate speech, abortion, voluntary euthanasia and the need for a Bill of human rights in Australia.

“It’s interesting to me to see issues now coming to the fore that I addressed in the column over the last 10 years,” she says.

“I feel quite vindicated that these are issues that I personally canvassed in the ANMJ and feel very grateful that the ANMF was willing to publish those articles in its mainstream journal.”

Dr Johnstone, who was born in New Zealand and began her nursing career in 1974 at the Waikato Hospital, stumbled upon ethics after enrolling in a philosophy subject at university and realising its link with the ethical issues she was struggling with in the hospital system as a nurse.

She says she owes her award to years of support and mentorship along the way.

“One of the first people I contacted is someone who I remained in contact with for over 40 years and that was one of my tutors from my hospital [where I trained]. She’s in her 80s and still alive and even though I’m hospital trained I actually feel I had an education. The tutors in those days are what we would call Clinical Nurse Specialists today. They were incredibly competent and highly principled women and I have never forgotten their teaching, integrity and role modelling.”

Dr Johnstone says having nurses recognised at a national level in the Queen’s Birthday Honours List is “tremendous” for the profession.

“Nursing has legitimacy but I think what these awards do is really show that nurses matter. The work of nursing matters and that the work of nurses, which often goes unsung and unrecognised, makes a significant contribution to the wellbeing of our community.”

Professor Mary Chiarella, a Professor of Nursing at the University of Sydney, received an Order of Australia in the Member (AM) in the General Division for significant service to nursing and midwifery education and healthcare standards. 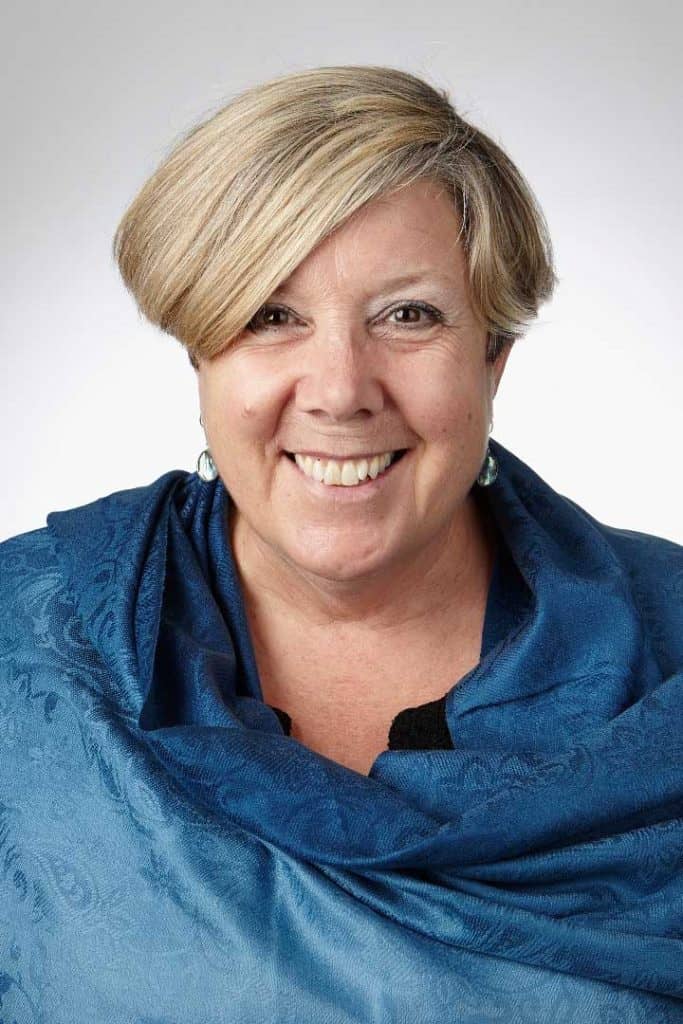 An internationally recognised nurse/midwife leader, Professor Chiarella’s achievements include establishing the first professional doctorate in midwifery (Doctor of Midwifery) at the University of Technology Sydney (UTS), and leading regulatory negotiations for nurses and midwives under the new national registration scheme.

“I was absolutely delighted and very honoured and very humbled because I’ve had so much wonderful support during my career that you kind of feel you get this for everybody who’s helped you,” Professor Chiarella says of the honour.

“Having nurses’ and midwives’ work recognised is really important for the professions and I think for me personally it’s a recognition of a lifetime of work trying to enable patient care to be improved through recognition of the contribution of nurses.”

“I think some of the most senior midwives in Australia and indeed New Zealand went through that program and it was very much through the vision of Jill White and work of me underneath that set that up. It was an extraordinary program recognising these competent midwives.”

Professor Chiarella, a nurse who also holds an Honours Degree and PhD in law, also lists regulation as one of her core interests.

“If we don’t get the regulation right then what nurses and midwives are able to achieve in practice is limited,” she explains.

Following her award, Professor Chiarella wrote to many of the women who have supported her throughout her career, telling them “I stand on the shoulders of giants” and thanking them for their mentorship.

She remains committed as ever to advancing the professions across a broad range of areas but pinpoints the role of nurse practitioners (NPs) as a special interest.

Dr Chiarella has spent two decades working for the recognition of NPs in Australia and was involved in all three NSW working parties which pushed for the state to become the first jurisdiction in the country to legislate the role.

“One of the big things is we need to be recognised to work to full scope of practice and I think that for nurse practitioners, they need better access to the MBS and PBS than they have at the moment.

“They (NPs) have huge potential that is still untapped, particularly in primary healthcare.”

Midwifery is another area of keen interest for Dr Chiarella.

“But for midwives who wish to practice home birth, at the moment they can’t get PII so under the national law there is an exemption that they are able to do so but in my view what really should happen is that treasury managed funds should actually indemnify the midwives so they can practice home births. It would open it up and actually make it safer.”

In Canberra, nurse/midwife Mary Kirk was appointed a Member of the Order of Australia (AM) for her significant service to nursing and midwifery and to professional standards.

Ms Kirk, the Director of Nursing and Midwifery/Executive Officer at the Queen Elizabeth II Family Centre in Canberra, a public hospital that focuses on the families of young children aged 0-3 and health issues in the post-natal and early childhood period, admits going through stages of denial when she was notified about her honour. 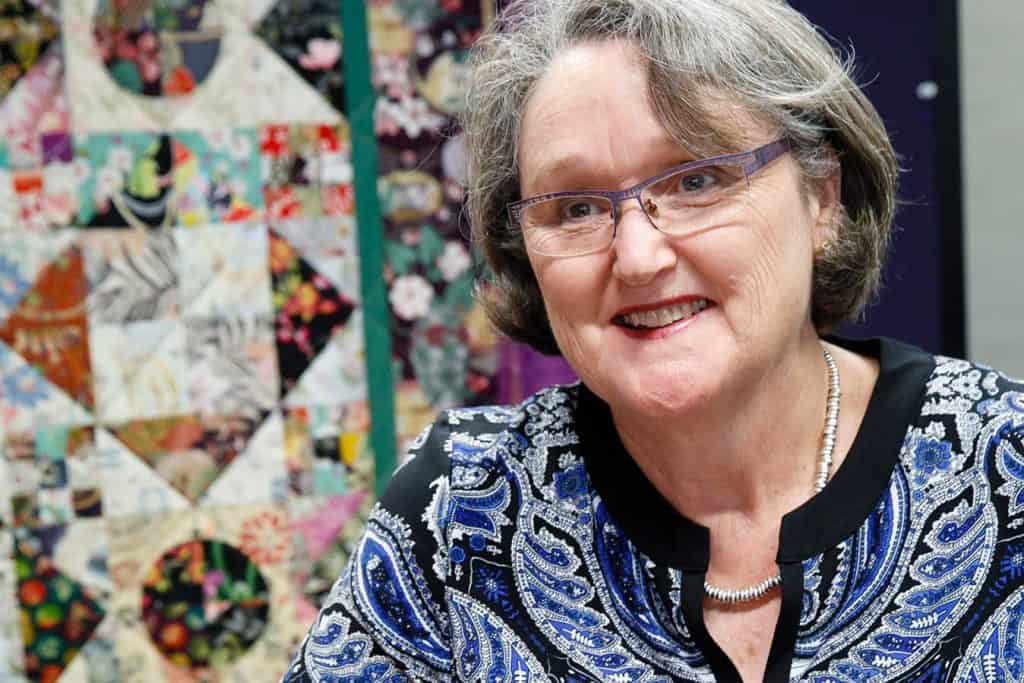 “I am literally the front face of this amazing network that is around me,” she says.

“I’ve had the joy of working in a truly enabling environment where the organisation I work for has seen the work I’ve done as their contribution globally, nationally and locally.”

Ms Kirk has spent the bulk of her career as a midwife and is the current vice president of the International Confederation of Midwives (ICM).

She says her passion for the profession has never waivered.

Ms Kirk says midwifery in Australia has improved in some areas, such as lower deaths, but remains problematic in others due to high levels of unnecessary intervention that have the potential to harm.

In this vein, she says the profession still faces many challenges.

“I think the very fact that in Australia we do talk about the profession of midwifery [is an achievement],” she says.

“Midwife means with woman and what that means is that the focus on the woman has increased. I feel very sad though in that we educate probably the world’s most skilled and educated midwives who are not operating in an enabling environment where they can practice to their full scope of practice.”

OFFICER (AO) IN THE GENERAL DIVISION

MEMBER (AM) IN THE GENERAL DIVISION

MEDAL (OAM) IN THE GENERAL DIVISION