‘I can’t see myself going back to Sydney’: Life as a new grad in the bush

Georgia Norton grew up in the hustle and bustle of the North Shore and studied nursing at the University of Technology Sydney (UTS).

When it came time to select her preferences for graduate programs, it wasn’t Sydney’s large metro tertiary hospitals which stood out, but instead the attraction of heading out bush in search of a unique grad year experience.

Georgia’s decision was shaped by undertaking clinical placements in rural settings during her undergraduate nursing degree and falling in love with the lifestyle and communities.

The most impactful placement was in Walgett, a small town in northern NSW with a tick over 2,000 people, working within its hospital.

“It was just so different every day because you were working in the Emergency Department as well as a ward,” Georgia recalls.

“Anything could walk in the door. You had ambos rolling in at any time. It was a lot more exciting than in the city on a ward and experiencing the same thing every day. There are limited resources in smaller rural sites, so it was just really eye-opening.”

Beginning in 2018, she would split her new grad year between two sites, spending the first six months at Walgett and the second half at the Dubbo Base Hospital.

All western rural and remote new grads spent two weeks in Orange undergoing orientation, which included gaining an awareness of what rural nursing would be like.

“There were actually quite a few new grads that were city people like myself, and then there were a couple who were people from the country who just wanted to stay rural,” Georgia explains.

“Everyone there had wanted to secure a rural grad program. It wasn’t just someone going there because they got a job and needed a job. We all had the same mindset and wanted to be out west to get that different nursing experience.”

Georgia says a typical day as a new grad involved being rostered on the ED, which meant supervising the general ward as well, and working alongside a charge nurse as second in command. 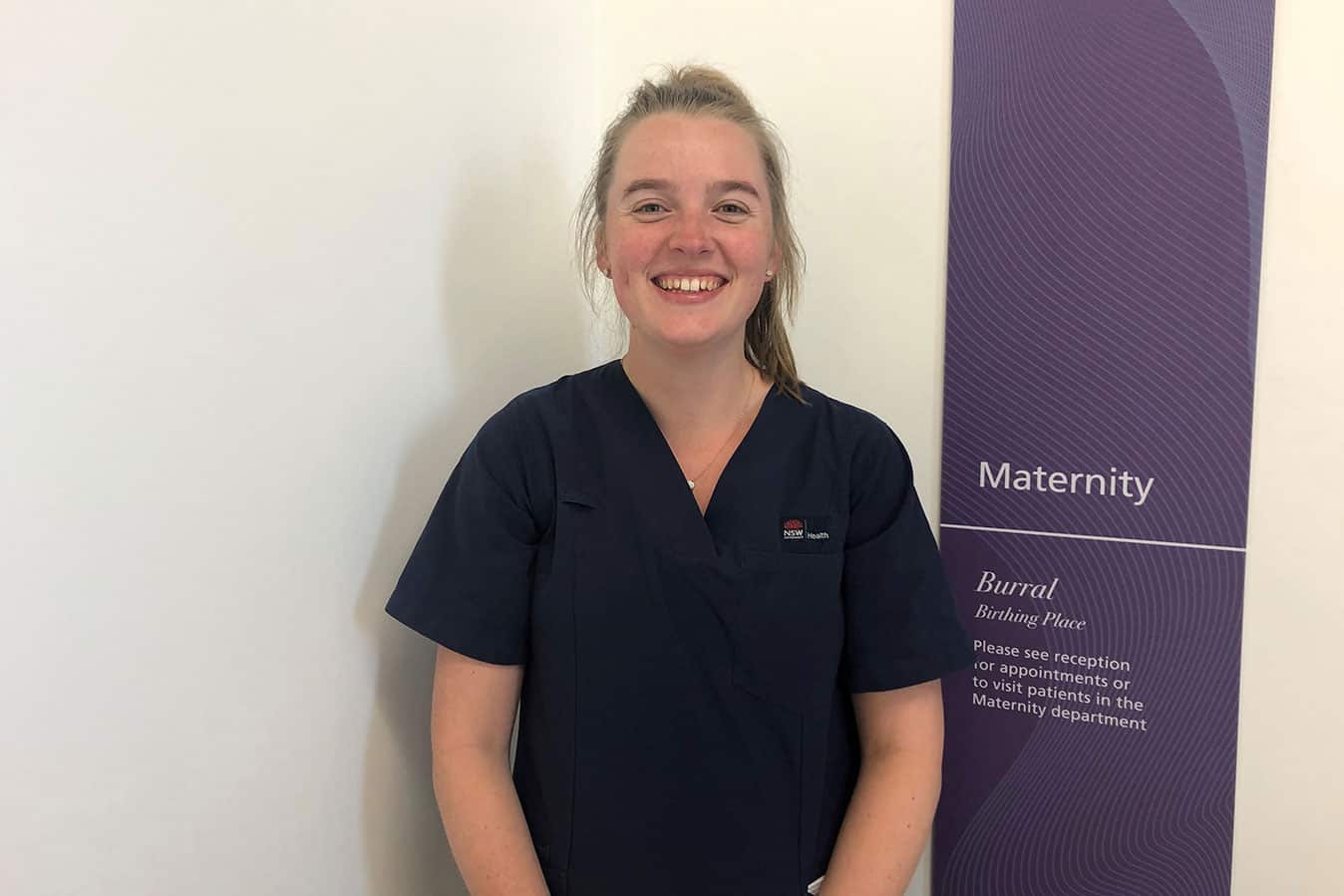 “It was okay at some points and then other times you were just flat chat running around trying to manage everything. Sometimes you’d have to call in staff if there was an emergency on an afternoon shift if there was nobody around. It was different every day really.”

She says more experienced and knowledgeable staff in the small remote hospital, including a Nurse Unit Manager, educator and colleagues, offered her significant professional learning support, which allowed her to find her feet as a clinician and develop scope and autonomy.

“It takes a bit of time when you’re first starting out but towards the end you could just look at who was presenting and kind of know what the doctors would want you to do, such as getting started on cannulation and getting bloods taken,” Georgia says.

“It was really what you made of it and if you wanted to put yourself out there and have that greater autonomy, you could.

“You quickly build a relationship with your colleagues so you’re not really afraid to ask them any questions. There wasn’t any distance between management and nursing staff. Everyone was really close-knit so you could just bounce off anyone to ask questions or get extra support or get more information if you wanted to learn more about a particular topic.”

Despite the challenges of being away from family, Georgia says she quickly fell in love with the bush lifestyle as she undertook the first half of her graduate year in the remote setting.

“I think the best part was getting to know the people. People out here are so friendly and welcoming and they really take you under their wing and listen to you. They’ll tell you their stories, you can tell them yours. It’s just a more relaxed way of life. It really sold it for me.”

Professionally, Georgia says the most important lesson she learned was to expect the unexpected.

“I think it is being adaptable to anything that can roll in the door at any point and managing that and keeping going. You could have a really unwell child that you’re trying to fly out or a mental health patient that isn’t too well. It’s just being able to adapt to different situations and know that there is support if you need it.”

The lasting moment from her time working in Walgett involved a patient who went into cardiac arrest.

“It was on an evening shift,” Georgia recalls.

“It was just me and one other senior nurse and this patient walked in and said he had chest pain. He arrested within five minutes of arrival. It was a matter of getting all the support that we needed as quickly as possible. We were able to ring in staff and everyone just worked together and got the cameras on so that the cardiology team in Orange could have their say and get transport organised for us. It was an extremely stressful and scary situation but seeing how it all unfolded and getting a really good outcome was just amazing.”

The second half of Georgia’s graduate year took place at the Dubbo Base Hospital, with the larger setting offering her a different experience to Walgett.

“I was in a 30-bed general medical ward that was always full and busy. But in a way, it was really good to get into a busy ward because it allowed me to work on my time management skills and you see a lot more different medications and presentations that you can then learn about. It was very difficult but also very beneficial for me.”

Georgia had always intended to pursue midwifery and simply chose to undertake nursing first to arm her with knowledge of the bigger picture.

After completing her grad year in early 2019, she secured a MidStart program for registered nurses looking to study to become midwives and started working in Dubbo Hospital’s special care nursery while waiting for it to begin.

Georgia completed her MidStart program in June, 2020, and is now a fully qualified registered midwife.

“I think it was just working alongside women in such a stressful and exciting time for them and being part of that process and just another support person for them,” Georgia says of her love for the profession.

She continues to work at Dubbo Hospital in its maternity ward and has never regretted staying out bush.

Georgia believes that nursing and midwifery out bush is what you make it.

“If you have a positive outlook and you want to learn and want to achieve things and if you really put yourself out there, that’s how you’re going to make the most of it.”

Her advice to nursing students considering a rural or remote graduate year is to give it a go and keep persisting.

“If you want to apply for a rural grad position but aren’t successful in gaining one, I feel like that shouldn’t be where you stop. If you really want to go for it there’s always a way. Just keep trying.

“The main message from me is to just give it a go. You never know what’s out there.”