Registered nurse and star Hockeyroos goalkeeper Rachael Lynch is lining up for her second Olympics in Tokyo.

In March last year, the looming 2020 Tokyo Olympics were postponed to 2021 due to the escalating global COVID-19 pandemic.

Facing the prospect of imminent border closures, star Hockeyroos goalkeeper Rachael Lynch, then working on the neuro-rehab ward at Perth’s Fiona Stanley Hospital, had a tricky decision to make – return home to her family in Victoria, or stay to contribute to the frontline pandemic response. 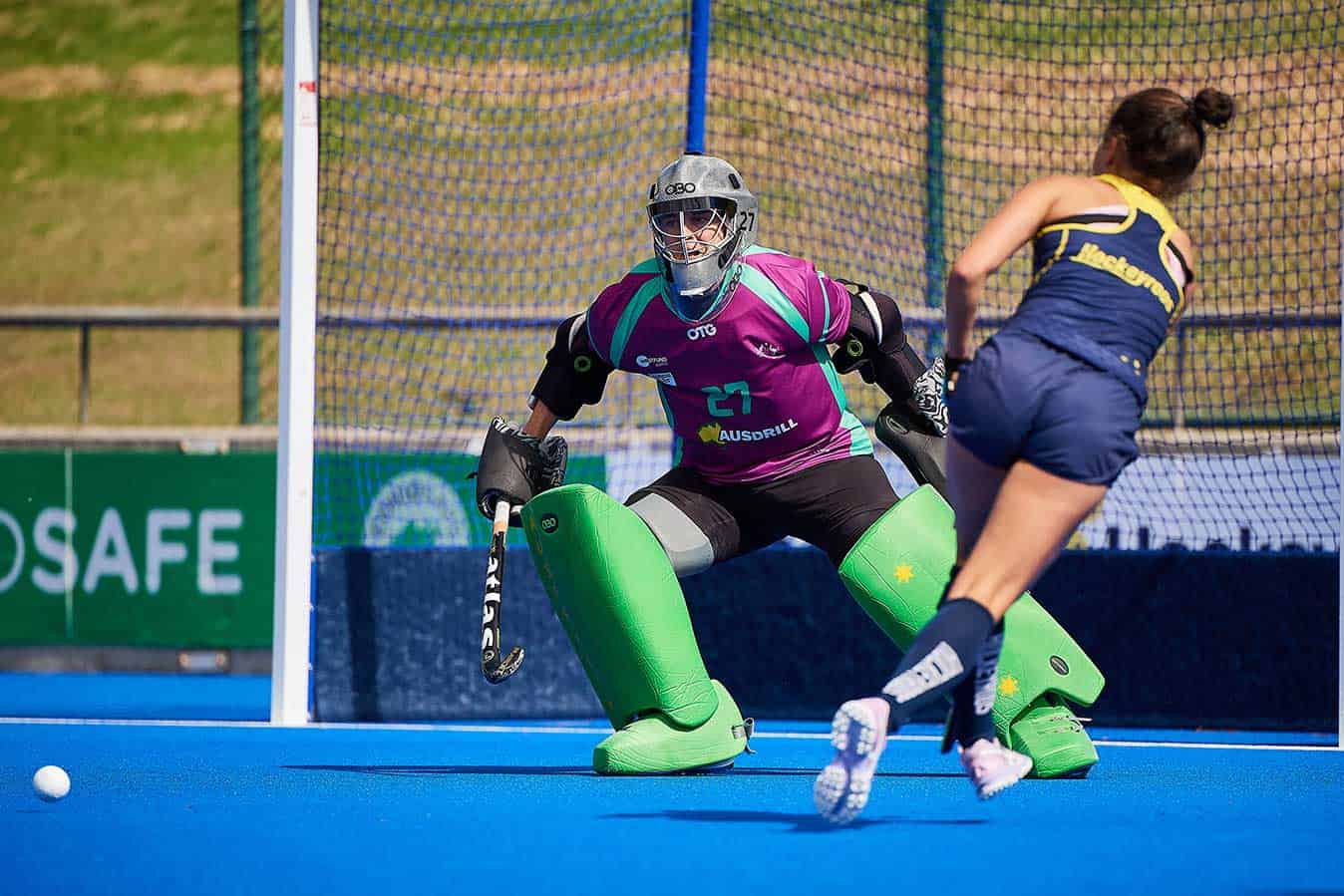 Hockeyroos goalkeeper Rachael Lynch is among the 472 Australian athletes who will compete at the upcoming Tokyo Olympics. Photo: Hockey Australia

It was an easy call.

“Choosing to stay here [Perth] was, essentially, something I felt I had to do, and wanted to do,” Lynch recalls.

“I tried to pick up as many shifts as I could at the hospital but WA did such a good job at keeping COVID out that we didn’t have the chaos that other [states] did so we were quire fortunate. It was a stressful time for many but I was glad that I could actually take an active role in helping.”

After finishing high school, Lynch began studying sports psychology. As part of the course, she did some volunteer work at a nursing home and enjoyed it so much that she switched career paths.

“I guess I just have a desire to help people and it kind of fell into place. Once I got into starting the [nursing] degree I knew that it was the profession for me,” Lynch, whose Mum is also a nurse, says.

“It’s just being able to help people and the satisfaction I get from building relationships and being able to make a difference to someone’s life. It’s more the people and care element, rather than the technical parts of it, that interest me.”

A veteran of more than 220 caps for Australia, which includes dual Commonwealth Games gold medals, Lynch took up hockey after being selected in the Victorian primary schools state team.

She played numerous sports growing up, with basketball her most-favoured. Yet she excelled at hockey and, at age 14, made the decision to focus on it. 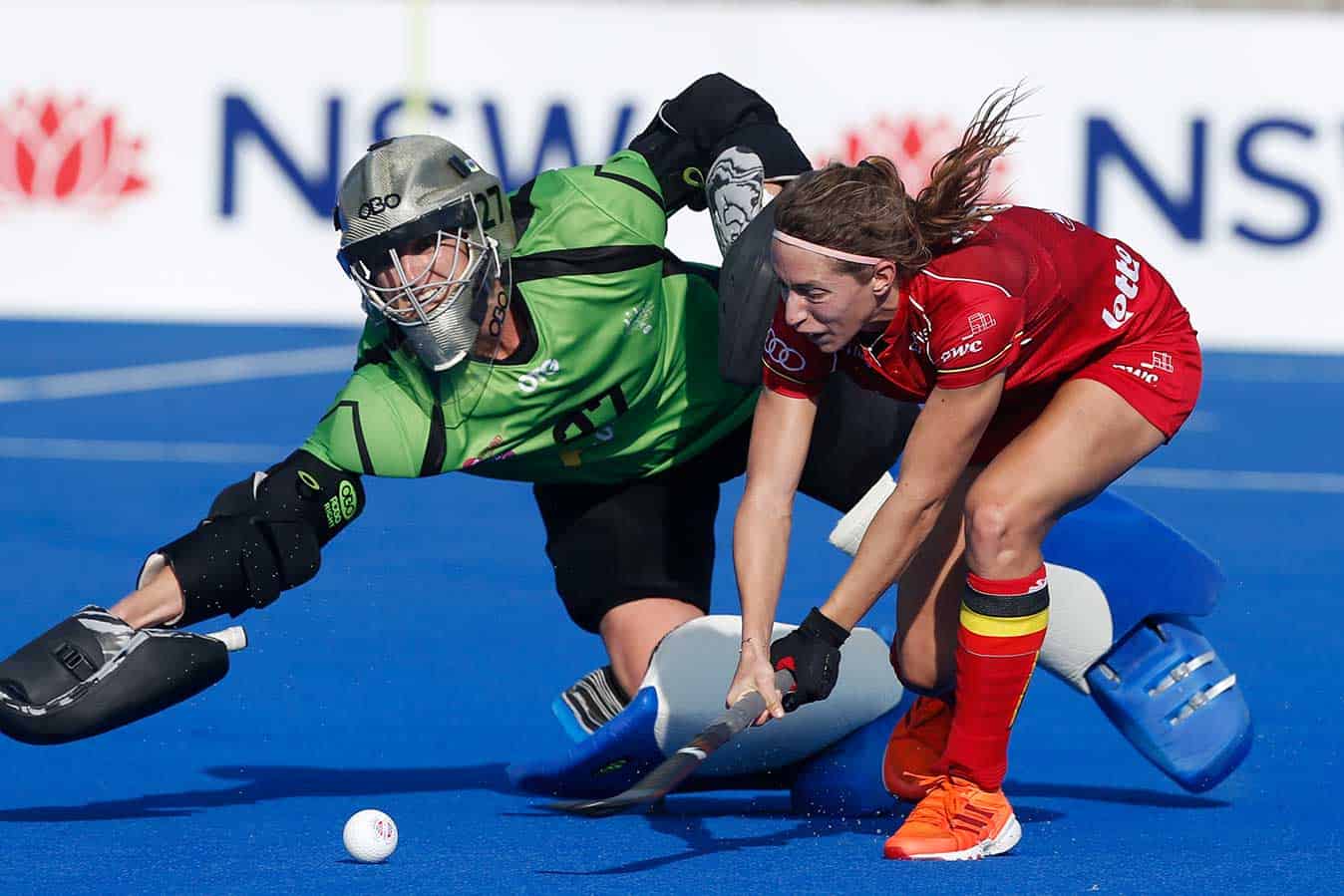 Lynch suggests she was initially identified as a goalkeeping prospect because of her sharp hand-eye coordination and athleticism. Before long, she had mastered the position.

“I like the mental side of it,” Lynch explains.

“It’s high pressure, last line of defence kind of thing, and that’s a great challenge. You can help your team, prevent them from losing, but you can’t help them win, so sometimes it’s not a very glorified position.”

Much like donning PPE on the COVID-19 frontline, Lynch says the pads and protective gear she wears on the hockey field arm her with supreme confidence.

“It can be a little nerve-wracking at times but I have good protection on and that makes a difference. It gives me confidence and I suppose you feel a bit like a warrior going into battle with all your gear on.”

The 35-year-old made her international senior team debut in 2006 and represented Australian in her maiden Olympics in Rio in 2016.

Throughout her career, the Hockeyroos stalwart has managed to strike a healthy balance between nursing and the demands of elite hockey, thanks in part to flexible bosses who have allowed her to choose shifts.

She has worked in neuro-rehabilitation, helping stroke and MS patients, throughout her decorated international hockey career. Every so often, she would bring teammates in to see her workplace and meet the patients.

“It’s been a huge part of my life and my career and something that I’ve pushed very hard to include because I think I need that perspective,” Lynch says of nursing.

“I like to have other things to think about other than my sport and being in the health profession, it’s an incredible way to put everything in perspective, that what you’re doing is not necessarily the real world. I love being able to include that in my week and I honestly believe that it helps me be a better athlete, as well as a better person.”

Lynch, named the International Hockey Federation Goalkeeper of the Year in 2019, is primed for her second Olympic appearance in Tokyo. 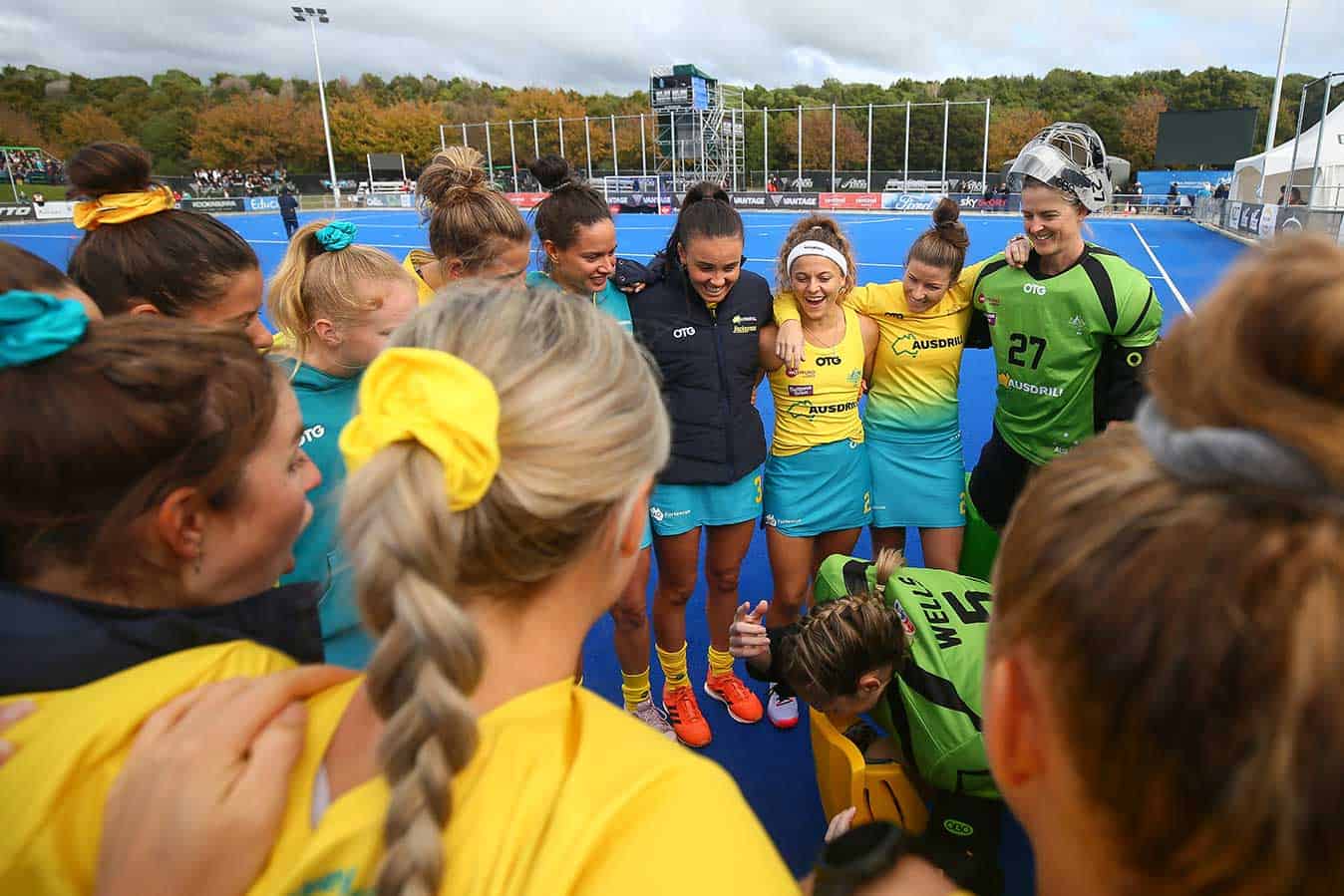 Yet her latest tilt, likely to be her finale, was almost over before it began.

Late last year, Lynch was sensationally dropped from the 2021 contract list by former coach Paul Gaudoin. She appealed the decision, and worked on getting in career best shape to put herself back into contention.

Earlier this year, an independent review into Hockey Australia’s program culture and governance, triggered by claims of bullying, homophobic behaviour and body shaming, found a dysfunctional culture not conducive to athlete wellbeing or sustained on-field success.

“During that time [the appeal process] I was working, which was very key for me. That’s what was getting me out of bed. I also kept training, knowing that if and when I did get an opportunity, I wanted to be ready. The dream of going to Tokyo remained alive that whole time.”

Lynch had already decided to head up north for a weekend of solitude prior to the announcement. She was filled with a range of intense emotions after opening the email to find out her Olympic dream still had a pulse.

“I jumped up and did a massive fist pump because I honestly didn’t think I was going to get picked,” Lynch says.

“It was nice [spending the weekend by myself] to sit back and, not just reflect on my career, but the last six months, which have been pretty horrific. It was nice to soak all that in and feel grateful for the opportunities that I’ve had and what hockey has given me.”

Lynch says part of her motivation for sticking around after the Rio Olympics was wanting to leave the Hockeyroos team in a better place once she departs. In Tokyo, she is looking forward to providing a calm and reassuring role model for the young squad, which features eight Olympic debutants.

Ranked fourth in the world, the Hockeyroos are certain to face stiff opposition in their bid to claim a medal.

Billed as the ‘COVID Games’, the Hockeyroos and other athletes will be regularly tested for the virus during competition. Attendance by fans will be capped at up to 50% of a venue’s capacity, or a maximum of 10,000 people.

While the Hockeyroos have played fewer games and not had the international encounters of past preparations, Lynch says, for the most part, the Olympics will be business as usual.

“It can be anyone’s tournament really. The fact that we’ve had the COVID prep means we haven’t seen each other [international teams] so everyone will be going in a little by more blind than usual, which I think is a good thing. The top 10 in women’s hockey is very close, so I feel like we are in with a shot. But so is everyone.”

Lynch finished up with Fiona Stanley at the beginning of this year, and has been solely working for a mining company, managing their private COVID-19 testing program for workers.

It’s a change of pace from neuro-rehab, and looking ahead, Lynch predicts she will return to the clinical setting at some point.

As she pushes ahead to Tokyo for her second Olympics, Lynch is filled with gratitude and excitement. Getting the chance to be a global ambassador for nursing is an added bonus.

“It’s something that I really hang my hat on. I’m really lucky and proud to be a nurse,” she says.

“As much as I love my hockey, it’s the nursing work that I do that is a bit more special I feel.”
The Tokyo 2020 Olympics run from 23 July to 8 August

Find out more about the Australian Olympic Team here