Freeze Frame : The portrayal of nurses in popular culture

The portrayal of nurses in pop culture has seen the profession predominantly stereotyped as self-sacrificing caregivers, sex objects, doctors’ helpers or villains. But what effect does this misrepresentation on screen have on the profession and how it is broadly perceived?

“It was an evening soap that was about doctors and nurses having complex relationships against a backdrop of patients and they had student nurses because it was still during hospital training and the sister who was in charge was very scary looking and had an enormous starched cap and seemed to be forever protecting the nurses from poor behaviour and the lecherous doctors,” Ms Nipe, then 10, recalls.

A decade later, in her first year of nursing education, she walked into the TV lounge and witnessed more senior students panning the way nurse Shirley Gilroy frantically squeezed a bag of blood on A Country Practice, quickly realising that the depiction of the profession on screen didn’t necessarily reflect reality on the wards.

“We’re either the sexy nurse or kind of starched with a bit of compassion thrown in there without the technological side of what we do really being showcased,” Ms Nipe says.

“Then more recently there is the nurse that is ethically flawed. Nurse Jackie, for example, portrayed a skilled clinician but was all about drug addiction.”

Ms Nipe says the portrayal of nurses in pop culture across the decades has caused varying effects on the profession. 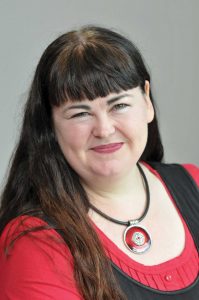 “The single biggest issue is that in a lot of TV dramas like ER it seems as though doctors are part of nursing hierarchy, that they have input into hiring and firing and discipline, and that’s certainly not the case but it does reinforce that idea that nurses are there to serve doctors, not as independent professionals who work with and in close conjunction with doctors but are not answerable to them.

“Probably the most dominant image [of nursing] is the compassionate, kind nurse and that can be both a benefit and a disadvantage to the profession,” Ms Nipe adds.

“The benefit is that we are trusted and we’re seen as caring and listening and compassionate and all of those things are good and accurate. But I think it also undercuts the professional aspect, the technological aspect of what we do.”

During her clinical career, Ms Nipe confronted numerous misconceptions from patients about the profession.

This included patients and family members showing surprise at what nurses detect and the interventions they lead, their peer to peer relationship with doctors and the general view of what healthcare entails.

In one case, a family member asked her when the doctor would be visiting their home, delivering care and handing out medication, because that’s what they do on House.

“I think there is a misconception from some people in the community about what it is that we do and what we’re about,” she suggests.

“That said, I would like to think the majority of people realise that what you see on TV dramas are the things that are dramatic and there isn’t anything dramatic about routine care. Also, having that contact with the healthcare system in general and nursing in particular helps correct a lot of that.”

“The nurses who were portrayed [in Scrubs] were shown as experienced and knowledgeable professionals who not only knew what they’re talking about but guided emerging medical practitioners. You didn’t see any nursing students, or early career nurses, but the nurses you did see, the doctors listened to them.”

CQUniversity academics Margaret McAllister, a Professor of Nursing, and Donna Lee Brien, a Professor of Creative Industries, teamed up to study the portrayal of nurses across all types of creative media in 2011.

This month, the pair will publish a book Paradoxes in nurses’ identity, culture and image: The shadow side of nursing examining the darker side of the profession’s portrayal across pop culture, which they believe has been largely overlooked in literature. 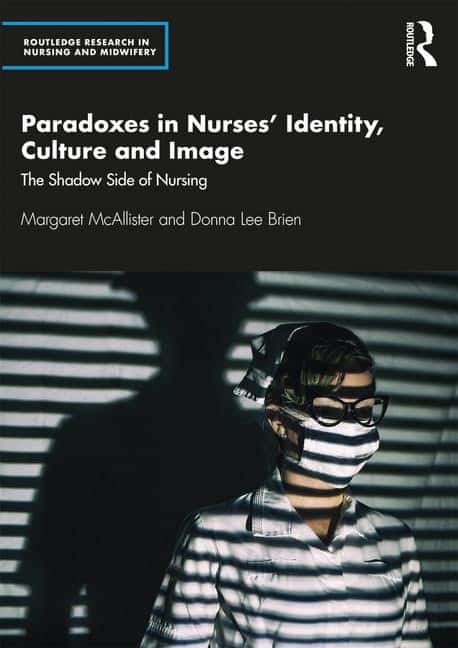 Their goal was to present a truer picture of the profession, warts and all, in the hope of enhancing its identity and resilience and shining a light on the complex factors that can cause failures within the health system.

The book delves into topics including nursing’s dark past, the sexualisation of nursing’s image, mean and monstrous depictions of nursing, murdering nurses and the concept of abjection.

Media explored includes films such as One Flew Over the Cuckoos’ Nest, which featured the iconic, cruel and callous Nurse Ratched, and TV series such as Nurse Jackie.

“Our book is about the shadow side of nursing, those stories in pop culture that are out there but which get rarely examined and if we did examine them we might learn something about nursing,” Professor McAllister explains.

“I’m a mental health nurse and I’m interested in the unconscious and what kind of ideas get perpetuated in society unconsciously either about nursing or about what we really think about being in hospital as a vulnerable person and what happens when power gets out of control.”

Professor McAllister lists the film Fog in August, which features nurses in Nazi Germany who sterilised people with disabilities and even assisted with their gassing and murder, as an intriguing example of a taboo topic uncovered through the analysis.

Ultimately, she says the aim of the book is to advance nursing and improve understanding of its identity and future challenges.

“For nurses it’s acknowledging that you do have power, you do have the ability to harm as well as heal and what are the safeguards you need to put in place to prevent bad things ever occurring. It’s about nurses knowing their history, their capabilities and using fiction and sometimes true stories to learn from mistakes.”

On the broader portrayal of nurses in pop culture, Professor McAllister believes misconceptions contribute to three main damaging effects – patients not knowing what to expect when it comes to nursing care and potentially not trusting nurses with complex information, increased difficulty in recruiting appropriate students to nursing, and society viewing nurses as just assistants and excluding them from healthcare planning and decision-making.

Despite stereotypes persisting, she too believes more balanced depictions of nurses with greater depth are emerging.

She points to a recent film, Chronic, that features a cunning home-based palliative care nurse whose actions cross between kindness and evil and create intrigue, and the critically acclaimed Nurse Jackie, which charts a strong-willed hospital nurse with a drug dependence.

“If we think about Nurse Jackie it’s part of a sub-genre of bad people,” Professor McAllister says.

“Breaking Bad, Dexter, shows like that have an antihero and she’s the same. I think it’s because the viewing public is becoming more discerning and wants to see more complex characters.”

Critically, Professor McAllister says nursing must own its portrayal within pop culture and attempt to shift and shape the narrative by becoming storytellers.

“The stories about nursing might be the only time a little girl or boy sees a nurse and it could plant the seed for that person to become a nurse in the future.”

Registered nurse Robert Bedbrook, aka Nurse Robbie, is one emerging storyteller trying to improve realism when it comes to nursing’s portrayal in pop culture.

The 28-year-old from Sydney works in primary healthcare within general practice, including a focus on sexual health, and rose to prominence after creating You Tube videos on diverse health topics such as nurse advocacy, sexual health and burnout, and circulating them via social media.

His mission was to increase the quality of evidence based online health content and promote the profession in an entertaining way. 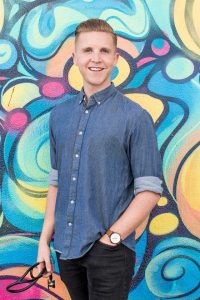 “What I’m passionate about is primary healthcare and preventative health and the reason I try to be such a loud advocate is because I think in order to achieve the healthcare goals that we’re working towards as a country nursing will be really vital,” Robbie says.

“The reason I do what I do is to empower the nurses who listen to me, whether through talks, workshops or seeing my videos, and challenge their own perceptions of themselves and their scope of practice a bit more as well as try and teach the general public what a nurse can actually do.”

“If you look at a show like Nurse Jackie it’s quite accurate. They [nurses] have quite a large scope of practice and you see them doing a lot. But I think that’s an exception. I think often medical dramas will take a lot of licence with what they get their medical characters to do because what’s really compelling in pop culture is human conflict and drama and that often comes at the moment of face to face interaction with patients and the bulk of people that do that are nurses.”

Robbie claims inaccurate portrayals can be damaging to all health professions.

“It’s negative for the nursing profession but also for the medical profession because you disempower nurses by taking that visibility away from them but at the same time you overpromise to the general public what it is that their medical professional is going to be able to do for them.”

With TV shows like Nurse Jackie bringing more three-dimensional characters to light, Robbie says the perception of nursing can be vastly improved.

During his talk at APNA last year, he proposed strategies to improve nurses’ portrayal in pop culture, including encouraging the workforce to engage in more content creation such as his own, promoting the profession through unique stories.

In the long run, Robbie hopes the increased visibility of nurses and their work will encourage TV producers and writers to create more truthful portrayals.

His own contribution is currently in the pipeline and involves writing a TV pilot based around a nurse-led primary healthcare facility.