Jill Iliffe, the former National Secretary of the Australian Nursing Federation (ANF), isn’t a big fan of awards. Everything achieved in nursing and midwifery boils down to working as a member of a team, not as an individual, she believes.

So it’s little wonder she was unsure about whether to accept being appointed a Member of the Order of Australia (AM) in the recent 2022 Australia Day Honours for “significant service to nursing through leadership roles with professional organisations”.

She admits it took “a bit of soul searching” and convincing from her partner before she finally elected to receive the honour. Ultimately, she hoped it would more broadly reflect the efforts of nurses who have battled through the pandemic over the past two years, as well as her longstanding international role with the Commonwealth Nurses and Midwives Federation (CNMF) to strengthen the professions globally.

After the awards were officially announced on Australia Day, however, the honour took on new meaning when Jill learned that late former colleague and friend Nick Blake, the ANMF Federal Office’s Senior Industrial Officer for over 22 years, was the person who had nominated her.

“The award means something to me now because I was nominated by Nick,” says Jill. 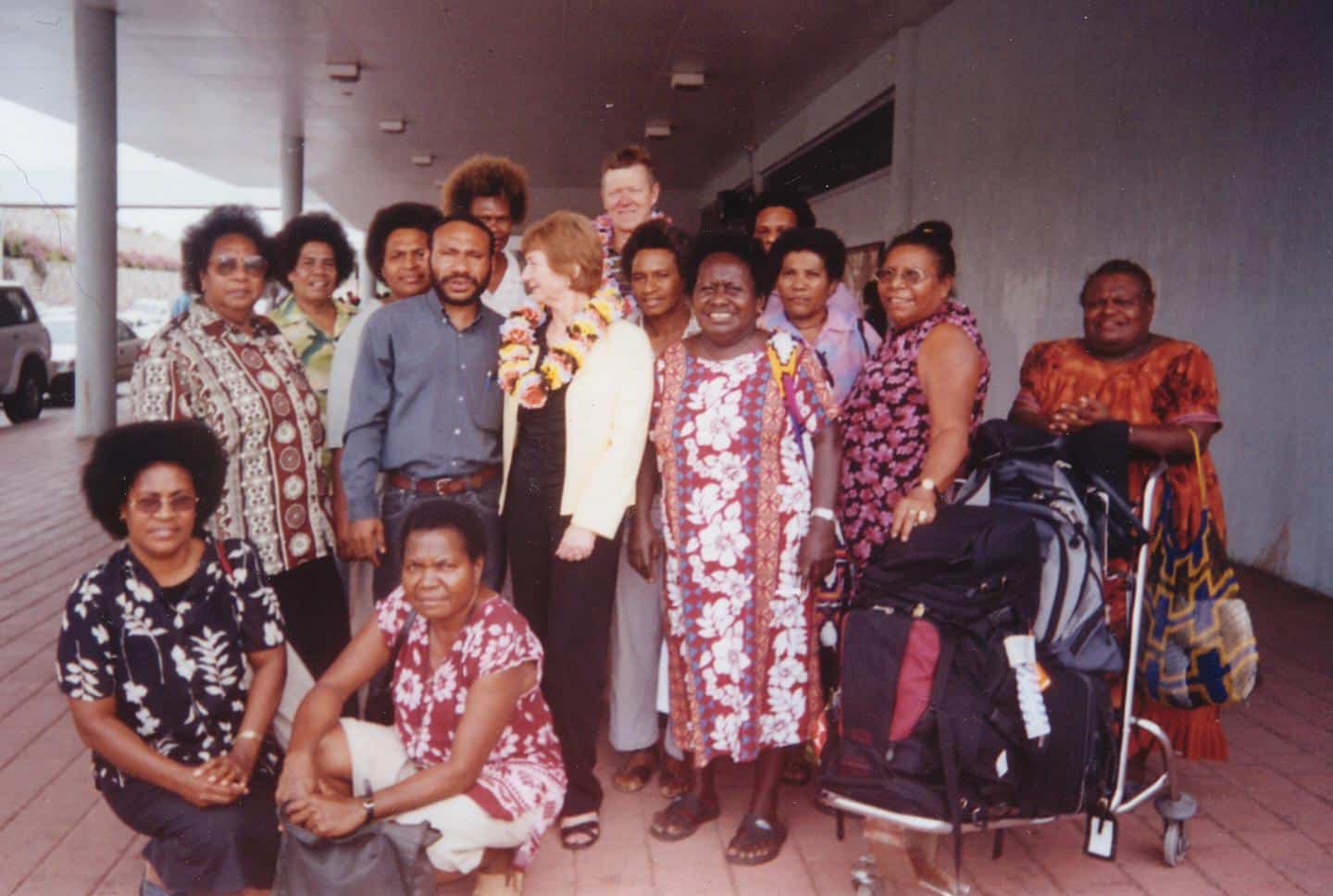 “Nick wasn’t a nurse, but to me what he was saying was ‘I think you’ve done a good job and I would like you to have some recognition for that’. So that means something to me now and makes it really special.

“I’ve been very fortunate. I’ve had a fantastic nursing career, fantastic experiences. It’s just been the most wonderful career and I couldn’t imagine any career giving me the opportunities to travel or work or meet people or contribute to people’s wellbeing.”

Jill fell in love with nursing from the day she walked onto her first ward at the Royal Prince Alfred Hospital in Sydney in 1965 as a wide-eyed 17-year-old.

“The minute I walked into my first ward I just thought ‘this is it, I’m in the right place for me’,” she recalls.

“I just loved it, I felt right at home. We were a perfect fit and I’ve never regretted it for minute.”

A diverse and rewarding 30-year clinical career included nursing in rural and remote Australia, ICU, aged care, women’s health, and out in the community. She loved it all, enjoying working in remote regions of Australia and within community and women’s health the most.

In 1992, Jill pivoted into the role of Manager of Professional Services with the New South Wales Nurses Association (NSWNA), now the NSWNMA. It was a natural progression from her longtime work with the union as a branch delegate and member of the council and executive.

Yet, the true catalyst was a need to take a step back following a family tragedy.

“My brother’s eldest boy was murdered, a 17-year-old innocent boy in the wrong place at the wrong time, murdered by a perfect stranger,” she reveals.

“I was finding it hard to be empathetic [in the clinical setting] and I just needed a step back. The NSWNMA was advertising for their first professional officer and I applied for that. Seven years later, we had a team of eight and I was the manager of professional services.”

Building up the union’s professional arm and shaping policy and legislation that improved the professional and industrial interests of nurses and midwives working in NSW gave Jill great pride and satisfaction.

Without doubt, one of the most significant achievements during the period remains driving Nurse Practitioner (NP) legislation in NSW, with Australia’s first NP appointed into a position in remote NSW in 2001.

Advocating for the advanced clinical role took many years of hard work on various committees, says Jill, with the support of many dedicated nurse leaders, such as Professor Emerita Mary Chiarella paving the way forward.

“We would sit around the kitchen table and plot our strategies and it was truly wonderful,” Jill recalls.

“It was a hard fight and there was some opposition thrown up by the GPs and by the AMA but one of the highlights for me was sitting in NSW Parliament in the gallery late at night when the Nurse Practitioner legislation went through. I was sitting there with Sandra Moait, who was the General Secretary of the NSWNA at the time, and the two of us sat there and when it went through we were acknowledged. That was fantastic.”

Twenty years on, with more than 2,000 nurse practitioners across the country, Jill says she feels proud to have played a role in the introduction of NPs in Australia.

“It’s gone well and it continues to go well and it goes well because there are nurses who aspire to the role and change the role and mould it, so it’s always growing to meet the need,” she says.

During her decade leading the ANF, Jill established herself as an influential force in health, education and professional and industrial issues facing nurses across the country.

“I felt a bit surprised when I was approached to run [for the position] but not daunted at all. I felt competent,” Jill says.

State and territory branch secretaries enabled her to lay the foundations for progress, growth and unity, she says.

Major achievements included establishment of the National Aged Care Alliance (NACA); lobbying for safe nurse and midwife staffing and skills mix across all areas of clinical practice; coordination and active involvement in the South Pacific Nurses Forum (SPNF); lobbying for the role of Commonwealth Chief Nurse; and numerous campaigns on behalf of the nursing and midwifery professions.

“I perceived the ANF before I took over as not really a national body,” Jill says.

“It wasn’t really working together. I think when I left it was, and I think it still is. So bringing all the states and territories together to see themselves as a national union and what the national union could achieve was one [of the highlights].

“Secondly, during that time we moved into national registration and I think being a part of that, being able to represent nurses along with the other nursing peak bodies, the representatives of the state and territory boards and state and territory chief nursing officers, that was very rewarding.” 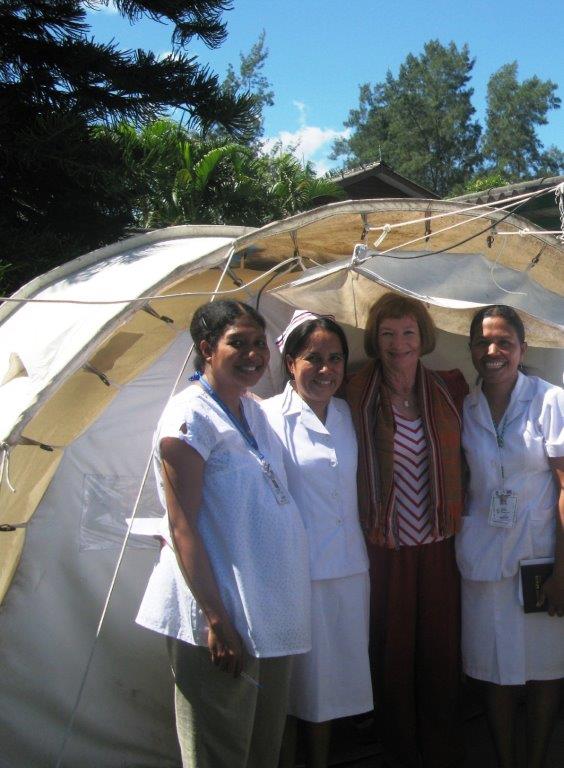 Jill ended her time with the ANF in 2009, moving into her current role as the Executive Officer of the Commonwealth Nurses and Midwives Federation (CNMF) and building on a passion to strengthen the nursing and midwifery professions in less resourced countries.

Founded in 1973, CNMF is a federation of national nursing and midwifery associations in Commonwealth countries. The CNMF works with members to influence health policy, develop nursing networks, improve nursing standards and competence, and strengthen nursing leadership throughout the Commonwealth.

In her role, Jill has largely been responsible for working with Commonwealth national nursing and midwifery organisations to develop and enhance their prepatory and ongoing education programs, and research capability.

“It [the role] has given me the opportunity to bring all of my learnings from all of those years for the benefit of other professional industrial organisations who are fledgling by comparison,” Jill explains.

“I’ve worked really closely with legislation and standards, and pitching professional development frameworks and scopes of practice in so many countries.”

The impact over the past decade?

“The second thing is the realisation that you need a strong professional and industrial body to represent nurses and midwives – if you want to achieve the first, you need to have the second.”

Like many international nursing leaders, Jill has watched on from afar as frontline nurses and midwives have worked tirelessly throughout the COVID-19 pandemic, keeping health systems afloat and the community safe.

The pandemic has put nurses in the spotlight and according to Jill, triggered both good and bad outcomes.

“The positives are that nursing and midwifery have stood up to be counted and they have been the absolute driving force behind the response to COVID-19. They’ve borne the brunt of it on the frontline, but not alone, with other health professionals and also with other health workers like porters and doctors, ambulance drivers, cleaners, kitchen staff, as I said you don’t achieve anything alone, it’s a team effort.”

“But it’s been particularly tough on nurses,” Jill adds.

“In most countries, nurses have been taken for granted and despite the recognition it hasn’t followed with government commitment to increasing numbers or to increase remunerations. Governments still take nurses for granted right across the world and that is really disappointing. I don’t think that there is any government in the world that has handled the COVID response well. I think the vaccine inequity is absolutely appalling; that globally governments couldn’t take this opportunity to actually work together as a global community and instead just retreated behind their own borders and couldn’t care less about other countries, our own government included.”

At a 2015 overseas conference, Jill called on nurse delegates to develop their profession and reimagine where they want nursing and midwifery to be in 10 years’ time. 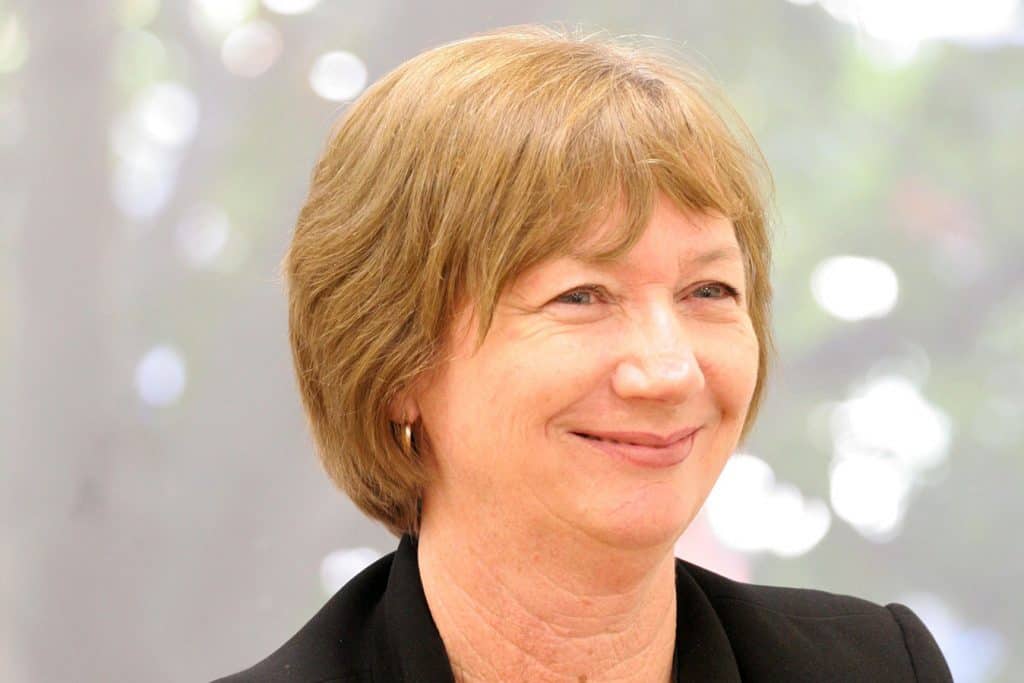 Posed with the same question today, Jill says she would like to see nurses and midwives respected to the point where they are remunerated appropriately and armed with the staffing levels they need to be able to provide the care that they are capable of and want to give.

This is no more glaring than in aged care.

“It’s tragic when you talk to nurses now and they’re in tears of frustration that they can’t give the care that they want to give. In a country like Australia, that shouldn’t be happening.

“To see what is happening in aged care currently is heartbreaking. We fought, and we’re still fighting for regulation of the aged care workforce. The ANF in my time established the National Aged Care Alliance and we were hoping through that to be able to get support for the regulation of the aged care workforce and for assistants in nursing to become a part of the registered profession, along with enrolled nurses and registered nurses, but that hasn’t been achieved. I’d love to see that achieved, to become part of the nursing family in a real sense.”

While Jill may have been initially reluctant to accept being appointed a Member of the Order of Australia (AM) in last month’s 2022 Australia Day Honours, she has no such qualms about championing the nursing and midwifery professions both in Australia and abroad.

Nursing has been her life and she wouldn’t change a single thing.

“It’s a great profession,” she declares.

“Despite the current difficulties its worth sticking with it and not giving up because it truly is the greatest profession in the world.”