Our Vietnam nurses relive their stories of war

Theatre nurse Jan McCarthy vividly remembers the day she arrived in Vung Tau, Vietnam, in May 1968.

“I got to the hospital, a grey building, and I thought to myself ‘what have I gotten myself into?’ There was not a blade of green grass. I looked around [and] there was sand everywhere.”

Vietnam Veterans’ Day, celebrated on 18 August each year, remembers the scores of men and women, both fallen and living, who put their lives on the line and helped others.

Nurse Jan McCarthy, from Seymour in Victoria, ventured across as part of the second group of Australian army nurses to serve in Vietnam, in 1968-69.

“We were never briefed. I think I met my replacement on the tarmac, we just didn’t have a handover you had to find your way,” she recalls.

Jan joined the army when she was 26 and nursed Queensland boys who had been involved the Battle of Long Tan, while based at Yeronga Military Hospital.

“I didn’t join the army to go to Vietnam but I wanted to go. My mother’s brother had been in WWI so I had trepidation in telling her. I was the last of five [children]. I know she was worried but she never said ‘don’t go’.”

Jan had completed A&E nursing and was experienced in trauma before joining the army.

“I didn’t like any of our boys being injured but as a nurse you got on with it,” she says.

“Our men had gunshot wounds and there were some amputations because of the mines.

“If the battalions were in contact with the enemy we were flat out. We all knew when they were coming in by the radio and dust-offs. The choppers would come in 50 metres away from the theatre.”

“It was very sad with the KIAs, they would come in and go to a side room,” Jan adds.

“The padres [military chaplains] were great. If we were flat out, I used to say to them: ‘watch that drip and let me know if it’s running out.’”

Jan nursed in the army for more than 26 years, including a stint in Singapore in 1972, until her retirement. 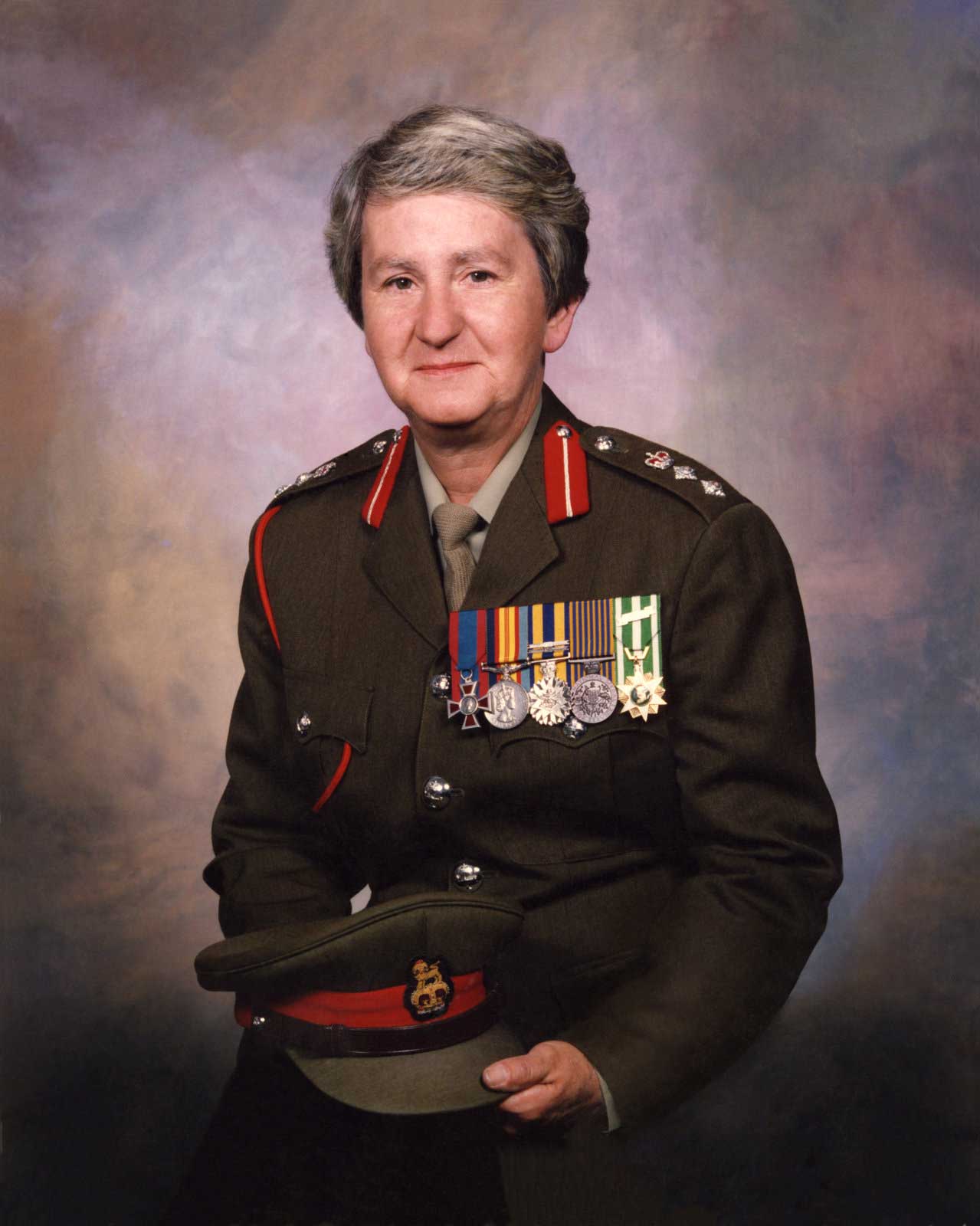 “I stayed in the army so I always had the military close by. The national service boys were in the jungle one day and being discharged the next. It was hard for them. “There was a lot going on in Australia, people were going off about the war but I didn’t like it when it was [directed] at the boys – not our boys.”

The world was changing at the time, says army nurse Annie Healy, who served in Vietnam during 1969-70.

“There was Bob Dylan; I could see that things were coming. I was arrogant. I wanted to do something else,” she says.

From Brisbane, Annie had come across nurse Colleen Mealy on her television screen, one of the first four Australian army nurses in Vietnam, who served with 8th Field Ambulance in Vung Tau.

“I asked my friend if she’d ever thought of joining the army. She said she did. So we went for the interview on a Tuesday and the Friday after caught a train to Ingleburn.”

Annie spent two years in the army looking after returned servicemen from Vietnam at the military hospital in Ingleburn.

“My number came up and matron called me in and said I was going to Vietnam. I finally got hold of Mum and Dad on the phone. Mum just burst into tears. Dad said ‘Go. It will be in the history books.’”

Jim Hall, Annie’s father, was a First Pioneer in the Siege of Tobruk.

Her sister Marg was in the navy in Singapore.

“I got off the plane, there was no cross over – someone came in and someone went home. I started at 7pm that night or the night after. The DON said to me: “have you ever worked in ICU before?” I had looked after a ventilated patient once.

“I got the handover from Corporal Heffernan. I said “I don’t think I know what I’m doing”. He said: ‘Stick with me Sis, I’ll teach you everything you need to know.’

“The Americans gave us Total Parenteral Nutrition (TPN), we hadn’t heard of it in Australia. We saved a lot of lives. Most of our men were shot in the guts or the chest they couldn’t swallow, they needed TPN until they could eat again. We had an almost 100% success rate if they [the soldiers] got to us alive.”

Annie says not all nurses had the disposition for war.

“We didn’t know what we had gotten ourselves into until we got there. We were nurses, you do whatever you have to, to do the job.”

Of the 43 Australian army nurses who served in Vietnam, about 31 are still alive, Annie says.

On Vietnam Veteran’s Day, she will attend a service in Port Douglas.

“Being in the Vietnam War serves me every day. I pay my respects to the soldiers. I look back now and realise they were so young – we were all so young.”

Annie Healy and Jan McCarthy were two nurses featured in Our Vietnam Nurses by Annabelle Brayley, a collection of compelling stories of Australian nurses in the Vietnam War. The fifteen stories show a side to the Vietnam War that has received little recognition but played an important part in shaping Australia’s presence in the war.