Some aged care workers juggled up to four jobs across different nursing homes during the COVID-19 pandemic in order to make ends meet, the Australian Nursing and Midwifery Federation (ANMF) has told a Senate Inquiry into job security.

At a hearing in Melbourne last Monday, the Inquiry, which is examining the impact of insecure work on the economy, wages, social cohesion and workplace rights and conditions, shone the spotlight on the aged care sector.

The risks of insecure work exposed or exacerbated by the COVID-19 pandemic is one of the Inquiry’s key areas of focus.

Giving evidence at the hearing, ANMF Federal Secretary Annie Butler said of the union’s 43,000 member working directly in aged care, assistants in nursing and personal care workers were most likely to be casually employed or working multiple jobs.

Ms Butler said a form of part-time employment was one of the common types of insecure work seen in the aged care sector.

“In many parts of the health sector, there are often zero or low-hour contracts, so that it can be used flexibly, almost like a part-time arrangement,” she explained.

“Unfortunately, we do occasionally see this form of part-time employment used almost as a disciplinary measure as well. Shifts will be offered and shifts will be pulled back, sometimes depending on relationships between management and workers.”

During the COVID-19 pandemic, Ms Butler told the Inquiry some aged care workers held down up to four jobs to make enough income to survive.

She argued the prevalence of short-hour contracts in aged care affects the ability of nurses and carers to provide quality care to residents.

“It makes it extremely difficult and, we would have to argue, at times it’s actually impossible,” she said.

“It’s just not possible to deliver all the care that is required, particularly for residents in nursing homes, but also in the community, in the time that they have available.” 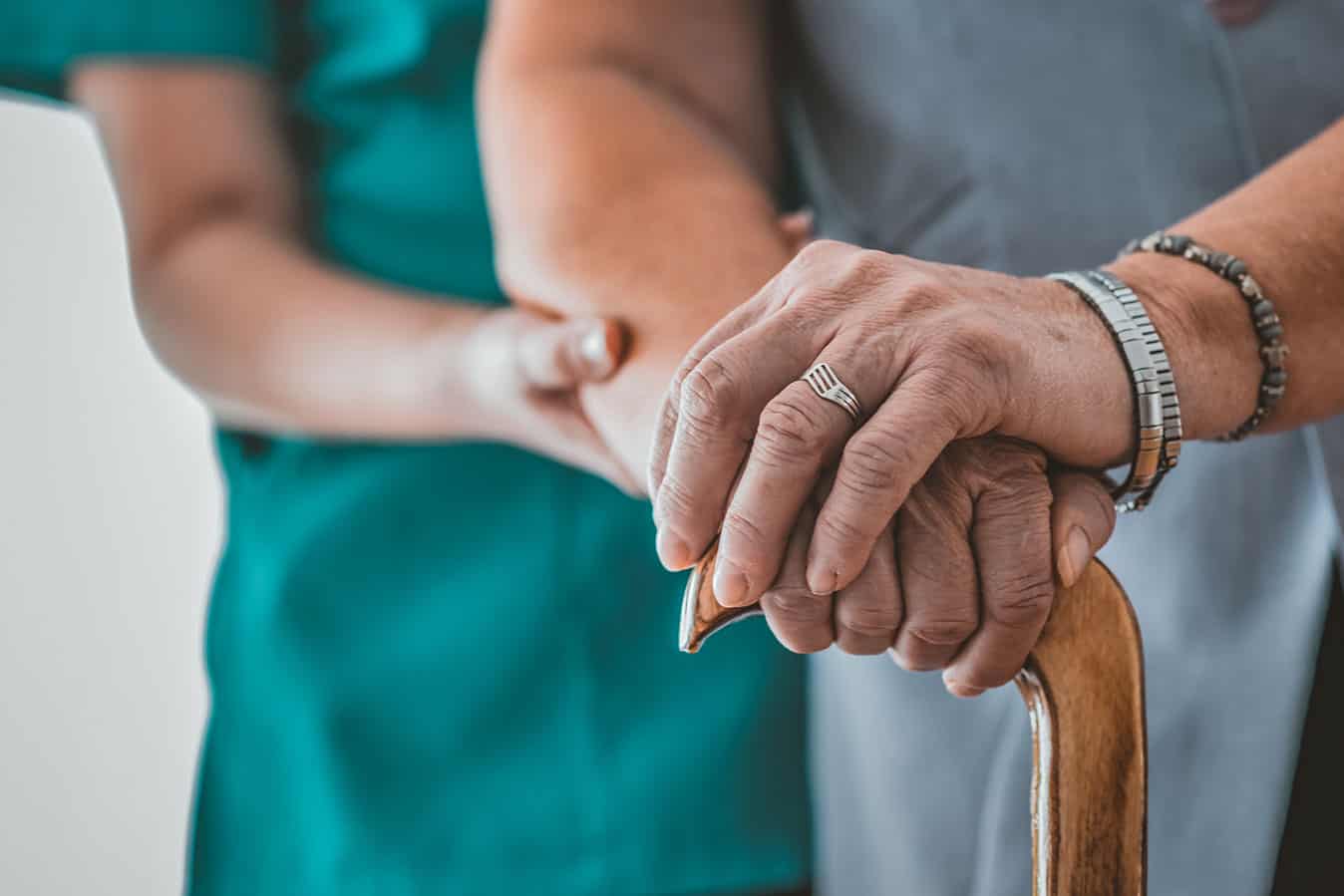 Ms Butler said the union’s members were willing to work more and that more shifts should be offered. A survey of members conducted last year at the height of the pandemic found over half would work more hours if they were offered.

“We have known for years and years the problems in aged care. The Royal Commission into Aged Care recently highlighted the inadequate staffing, the lack of hours, and that there is just not enough time to care.”

Giving evidence at the Inquiry, Victorian enrolled nurse Paul Bott revealed he had recently been made redundant at the private aged care home he had been working at for the past eight years. He then joined a nursing agency and has been trying to pick up whatever shifts he can ever since.

“In the first week of being employed with this nursing agency, I only had two shifts for that week and, to me, that’s not enough,” he said.

“I’ve got three kids of my own. I’m renting with my wife and three kids. Trying to live on two shifts a week doesn’t quite cut it.”

Mr Bott suggested working with an agency was challenging, especially having to often look after residents that he sometimes hasn’t seen before. He said staffing numbers are so low in aged care, that care is often missed.

Short-hour jobs significantly affected the workforce’s ability to provide care during the COVID-19 pandemic, he said.

“During the second wave, people could only work at the one site and there were significantly fewer hours to what they were used to,” he said.

“Also, we didn’t have enough staff at the facility because staff decided to work at the main facility they worked at. They decided to work at the one they’d had the most hours at. So that other nursing home lost that staff member. During that period, there was significantly fewer staff and we were told to work longer to [keep the staff levels up at a basic level].”

ANMF Assistant Federal Secretary Lori-Anne Sharpe told the Inquiry that 90% of the aged care sector works part-time and that it has become the preferred employment model for providers.

“It’s become an employment model for many providers because they know it makes it easy for them to flex up and down,” she said.

“We’ve got members who might be on 16 hours per fortnight but routinely work above 32 hours and will do so for years.

“Very rarely will providers employ at full-time, because it makes it easy for them to flex up and down, at the expense of the employee. For example, not being able to plan your life and not being able to rely on a stable income. They [providers] use an employment model that suits them and gives all the power imbalance to them because they are able to flex up hours at a whim.”

The ANMF’s submission to the Inquiry highlighted a significant increase in casual employees in the aged care sector over the past year, which Ms Butler primarily attributed to the impacts of the COVID-19 pandemic.

“The height of COVID in aged care was in New South Wales primarily and then of course in Victoria. But, because most of the states used a process of locking down their facilities, it was very difficult for our members at the time. They actually got rid of staff. Then staff had to try come back into the sector, particularly personal care workforce staff, and seek casual employment.”

Ms Butler identified casualisation as a broader issue across the professions, particularly for new graduates.

“One of the big problems that we have with our registered nurses, but particularly for our new graduates – and it ebbs and flows across states and territories and, primarily, what state and territory health departments decide to do but often other big private employers and the aged care sector as well – is that too often, rather than getting our new registered nurse graduates and registered midwife graduates into secure meaningful employment, they get employed casually. It’s not a successful model. It’s not a good way to get nurses supported and get them into the sector to be our future workforce.”

Asked about the benefits of emerging online employment platforms like Mable, Ms Butler said the ANMF was not in favour of using such models to get young nurses into the sectors.

“The problem with Mable is that it doesn’t put them into a genuine employee relationship,” Ms Butler argued.

“There are a whole lot of different arrangements which are not beneficial to the worker. And at times, because even for the care recipient, you can’t always be confident that you are getting the quality of worker that you really need for the needs that you’re seeking care for.” 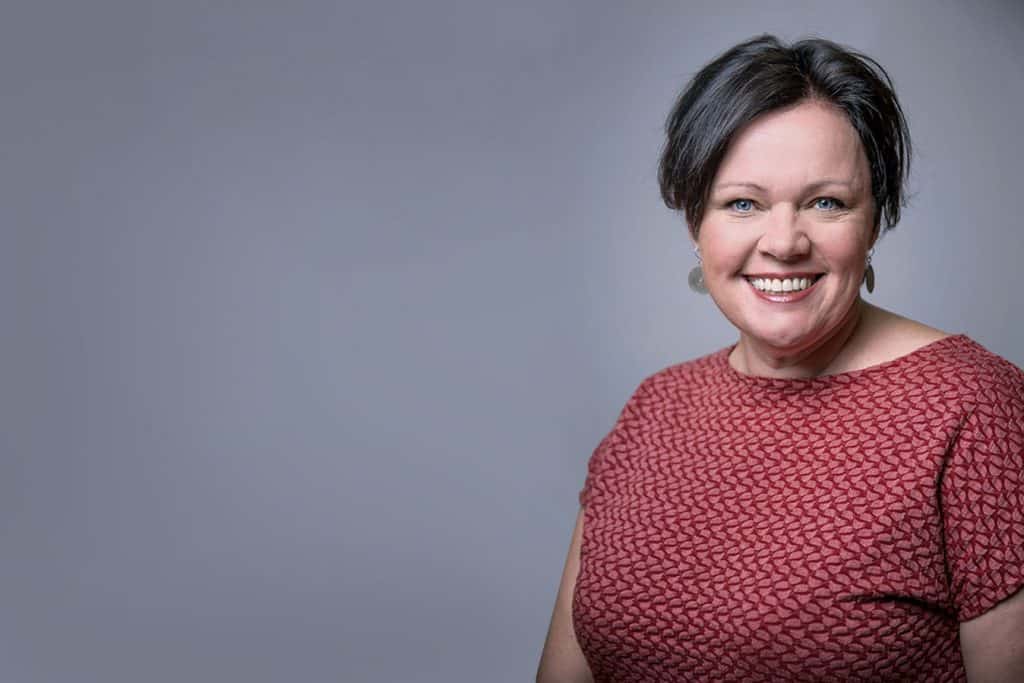 Evidence presented to the Inquiry has shown Mable was including pay rates on their platform of as little as $25 an hour, without superannuation, workers’ compensation or insurance coverage. Mable was also not taking responsibility for the performance of its workers.

“Allowing independent contractors to set their own rates is going to see workers competing against each other in an environment where they’ll be caring for people’s lives. This will just be an absolute race to the bottom, and we will see even more people, in the here and now, not being able to survive and have more precarious work, but also into the future as well,” Ms Sharp said.

“If you’re on a minimum wage and you’re living week to week to look after your family and pay rent, who is going to be able to afford to put that little bit extra away for personal leave, for sick leave and for carers leave, let alone a super guarantee? Who’s going to be able to put into their retirement fund at 9.5% when they’re getting $25 an hour on a Saturday night? It is just not going to happen, and we’re going to see more people retire into poverty.”