‘Angels of the Battlefield’: A documentary on the ANZAC nurses of World War I

While the deeds of Australian diggers who served during World War I have been well documented and celebrated, much less attention has been paid to the some 3,000 civilian nurses who courageously also joined the effort.

For the first time, a new feature-length documentary shines the light on the bravery of the ANZAC nurses who served in the Great War by uncovering the inspiring and poignant journeys of two nurses.

The film explores the lives and wartime efforts of Sisters Nellie Morrice and Kitty Porter, both from New South Wales.

Their individual stories are unearthed via two young women, representing the generation who can help keep the Anzac spirit alive, who trace over the footsteps of the two World War I nurses and bring their heroics to life.

Visiting the towns of Bowral and Milton, where the nurses grew up, and places such as The Australian War Memorial, the moving documentary deftly pieces together interviews with relatives, townsfolk, historians and other experts.

Their reflections are amplified by archival military records, photos, letters, diary entries and precious military medals awarded to the nurses for exceptional service.

The illuminating interviews and important historical records, overlayed with extensive historical re-enactments and location footage shot in Turkey and France, piece together the nurses’ parallel story lines and help pay tribute to all nurses who served. 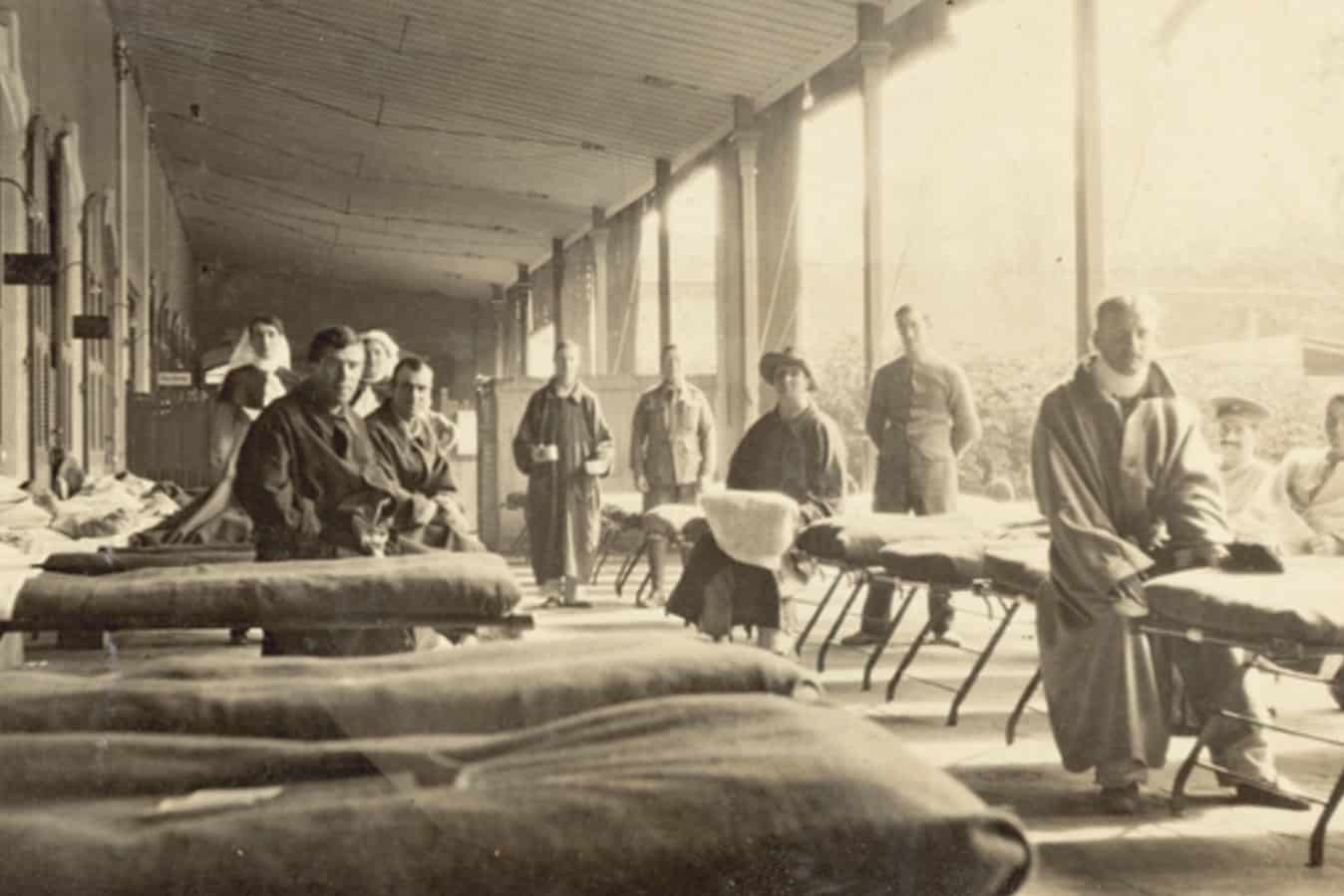 In their white aprons and veils, nurses appeared to wounded soldiers on the frontline as angels. They were ‘The Angels of the Battlefield’, the opening of the film, which was directed by Nick Bleszynski says.

When war broke out in 1914, both nurses enlisted for service.

For Sister Nellie Morrice, who trained to be a nurse at Sydney’s Royal Prince Alfred Hospital, nursing was, in many ways, an escape from a life that offered few choices.

Records discovered in the film show that she joined the Australian Army Nursing Service as early as 1910, which was designed to create a pool of civilian nurses ready to go to war.

She served first in the 2nd Australian General Hospital in Egypt, then on the island of Lemnos, where she cared for the wounded from the Gallipoli landings. She went on to serve in France, where she worked in the 3rd Australian General Hospital, one of the busiest casualty clearing stations, caring for soldiers who sustained burns and gas damage on the Somme battlefields.

Like Nellie, Sister Kitty Porter, born in Milton in NSW, served on the Somme, with a stint on the ambulance trains, trains that accommodated wards for injured soldiers, exposing her to the harsh realities of war.

Her mettle was tested in 1918, when the Germans launched their ‘Spring Offensive’ in an effort to break the stalemate. Kitty was stationed in the town of Roye, north-west of Paris, when they attacked. Under heavy fire, she arranged the evacuation of the wounded in her care.

Both nurses were sent back to Australia in mid-1919 – even looking after the wounded and those who had contracted influenza en route home.

Intriguingly, the documentary clears up an historical error regarding Kitty Porter, who has been portrayed in numerous books, films and even on the War Memorial’s website as the ‘angel’ who comforted champion rower, Private Tom White, who was fatally wounded in the second wave of boats to hit the Gallipoli shore.

Upon their return to Australia, both nurses went straight back to work. Nellie returned to the George’s Heights Military Hospital for ex-servicemen, and was then made sub-Matron at the Royal Prince of Wales Hospital.

Kitty, who trained at the Sydney Hospital, was appointed Matron of the Randwick Military Hospital, but sadly passed away from the Spanish flu at age 35, contracted during her military post, before she could begin the role.

She was given a full military funeral, something that had never been afforded to a woman at the time.

Although discharged from the nursing service as medically unfit, Sister Nellie Morrice swiftly built upon her nursing career. She was appointed secretary to the New South Wales (Lady Dudley’s) Bush Nursing Association, which focused on midwifery and the care of infants, and in 1934 was awarded an MBE for her service to rural women.

In Angels of the Battlefield, the courage and sacrifice of the ANZAC nurses who served during World War I is honoured and recognised. 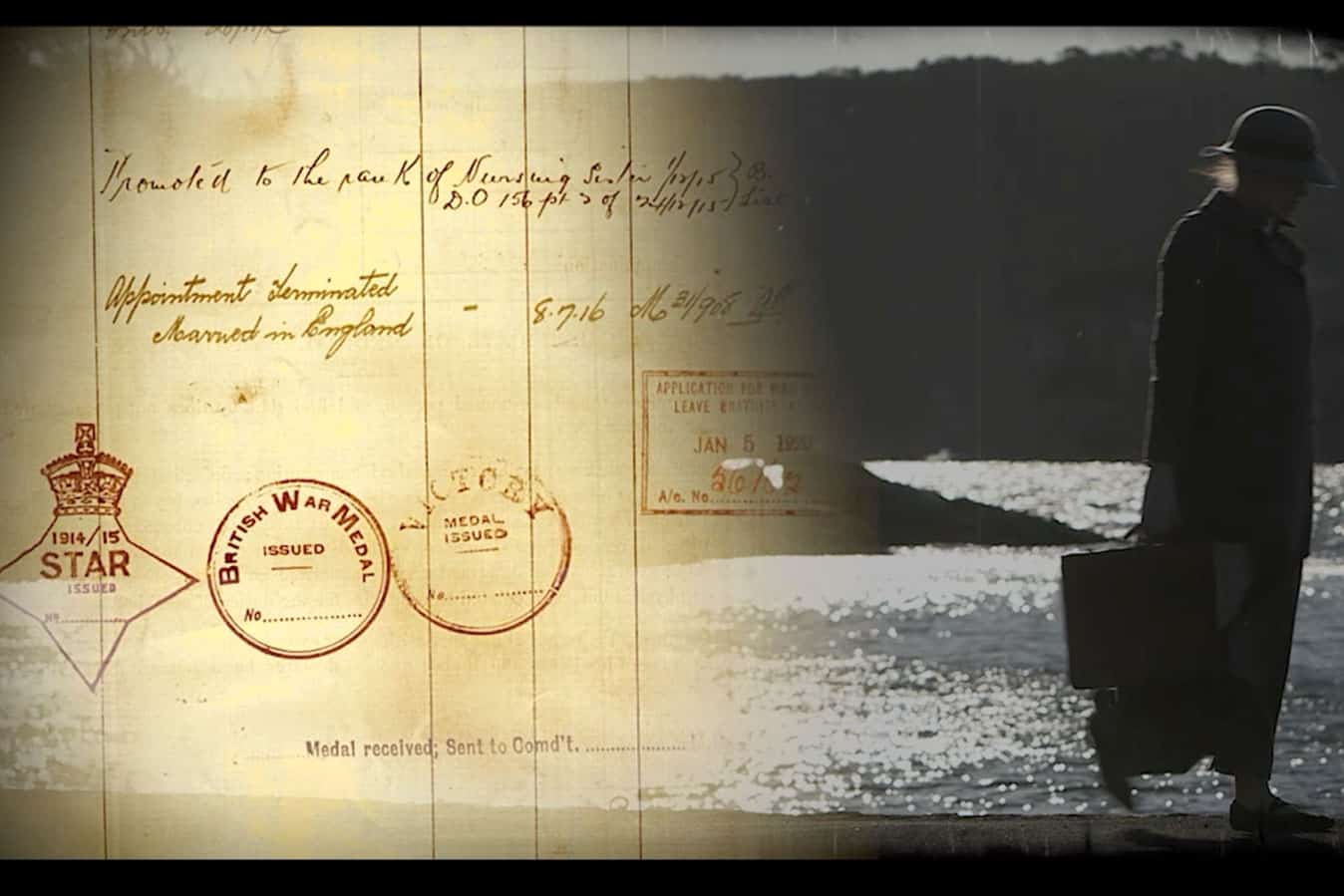 As noted Australian historian Tom Keneally puts it in the opening scenes, these nurses deserve to stand up there on the monuments alongside the ANZACS.

“Seeing the chest wounds, the abdominal wounds, the amputations, the shock, seeing the gasping, victims of gas attacks and so on – these women didn’t crack,” he says.

“They also had to deal with the fact that there were many who said ‘Well they shouldn’t be doing that. This isn’t the place for women. Orderlies, male orderlies, are far more important to the nursing of the wounded. Nurses only get in the way’. The attitude towards nurses, military nurses, had not altered since the days of Florence Nightingale.”

The film’s official launch today, on 16 July, coincides with the 102nd anniversary of the death of Kitty Porter. To mark the occasion, producers plan to lay a plaque at the Sydney Hospital where Kitty first trained to be a nurse. 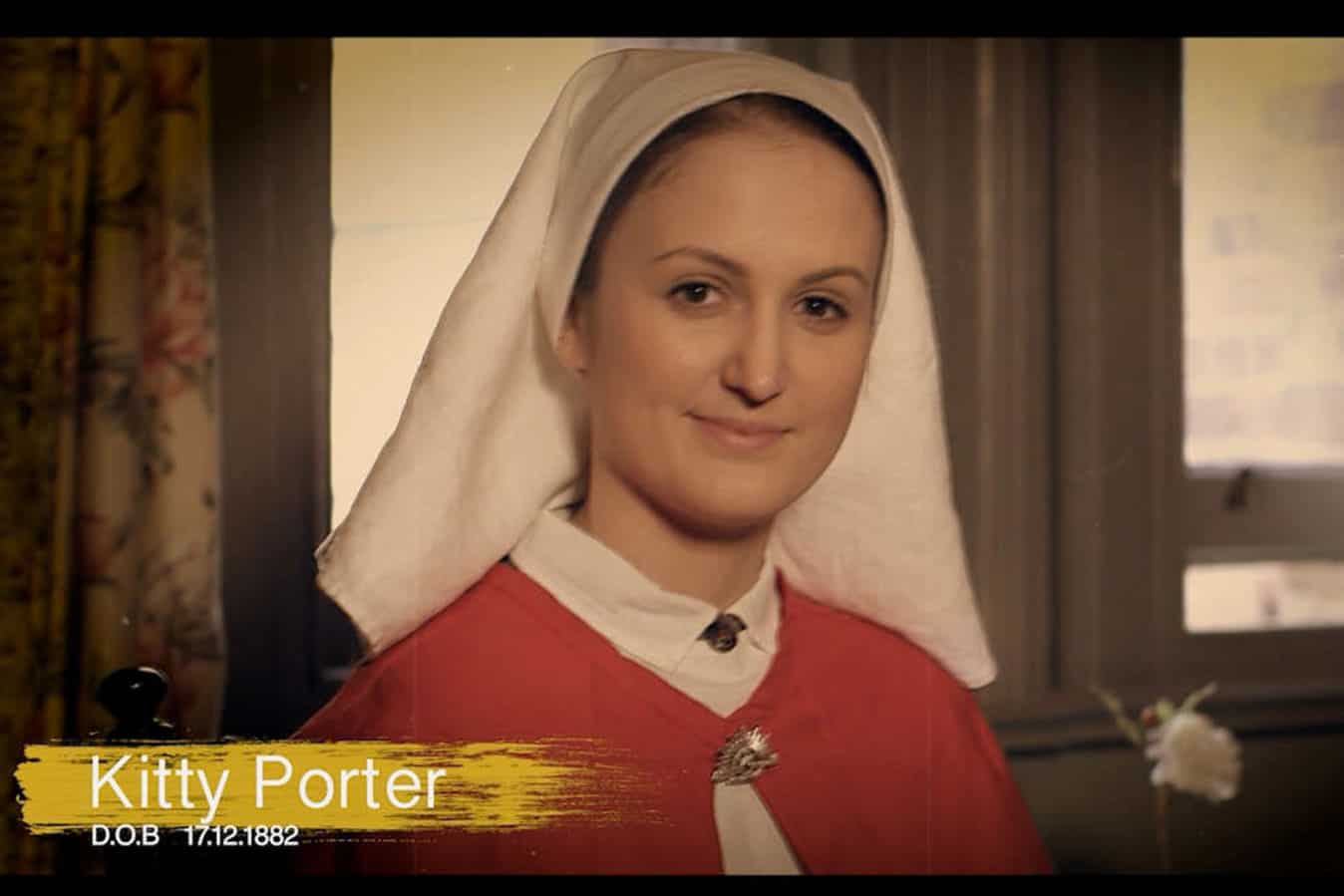 The documentary premier screening will be held with Anzac Memorial performance of Devoted Service, in NSW, Sunday 24 April 2022

Bookings for the screening are essential and seats are limited. Register your booking

Angels of the Battlefield will also screen on the following dates (without the Devoted Service pre-screening). These sessions do not require a booking.

For more information on viewings go to https://www.anzacmemorial.nsw.gov.au/event/screening-angels-battlefield

To arrange a viewing or screening of the film contact – angelsofthebattlefieldmovie@gmail.com

For more information about ‘Angels of the Battlefield’ visit www.angelsofthebattlefield.com