Aged care under the microscope

After examining the experiences of residents and relatives within the aged care system, independent public health researcher Dr Sarah Russell is expanding her study by focusing on staff currently working in an Australian aged care home.

Her new survey targets all staff ranging from nurses and managers to carers and cleaners, calling on them to share what they like and do not like about working in an aged care home.

Questions include if the aged care home where staff work has a registered nurse on site each shift and if staff would recommend the facility to their parents.

The survey builds on Dr Russell’s existing research into the aged care sector and findings will help lobby for improved working conditions for staff to ensure a better quality of life for residents.

“I think every lens you look through you shine on something different,” Dr Russell says about her research.

Dr Russell became an accidental aged care advocate several years ago while her late mother was a resident in an aged care home. 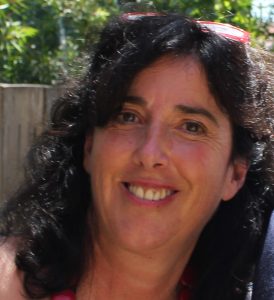 She visited her mother most days up until her death in 2015.

During her experience, dozens of relatives raised concerns about inadequate standards of care.

The backlash led to the provider taking action and replacing the nursing home’s manager.

It was at that point Dr Russell, a former nurse, began casting a critical eye over the aged care home and started writing regular letters to The Age newspaper detailing perceived systemic issues.

She covered issues including staffing, accreditation and the Aged Care Funding Instrument (ACFI).

“I would look systemically at the problem. I wouldn’t actually blame anyone in the aged care home, any nurse. I just noticed things systemically that was wrong with the sector and I started writing letters based on this over a period of about four years.”

Dr Russell’s letters, and a subsequent obituary for her mother, struck a chord with readers and led to wide-ranging requests to write opinion pieces on her observations, her first article in The Age titled “Aged-care gravy train”.

While her mother was still alive, she developed a survey titled “Living Well in an Aged Care Home” in a bid to identify the positive aspects of residing in a nursing home.

The landscape changed during the last months of her mother’s life after she had a serious fall that could have been prevented and Dr Russell discovered that only the most experienced staff could provide adequate care.

Dr Russell quickly lost confidence that staff could properly carry out their jobs.

The facility’s manager requested she leave her mother’s bedside and stop interfering, but she refused to do so.

Dr Russell’s says the experience provided the catalyst for her maintaining and increasing her aged care advocacy.

Aged Care Matters states its objective is a focus on solutions rather than problems, and that collaboration between residents, relatives, staff, providers, policymakers and politicians is needed to create change.

Further, the group believes the aged care sector must be made more accountable and transparent, with access to data essential to shaping informed discussions regarding future policy and standards of clinical care.

Dr Russell’s most recent study, “Living Well in an Aged Care Home”, was released in October last year and looked into the experiences of 174 relatives who visited a loved one at an aged care home.

Relatives gave an insight into the good and bad about the aged care home and shared their opinions on suggestions for improvement.

Some relatives described older people feeling happier in an aged care home than when living at home alone due to company, regular meals and engagement in activities.

According to the study, the number of registered and enrolled nurses working in residential aged care has decreased over the past decade in line with the growing use of personal care attendants.

Similarly, the study points to strong evidence of a correlation between registered nurses and standards of care and suggests having an RN on duty improves clinical management and prevents hospital admission.

“Having registered nurses on duty not only improves clinical management but also prevents admissions to hospital. This is important for both the resident and the public purse.”

The findings showed relatives were concerned personal care attendants (PCAs) provide most of the ‘hands on care’ in aged care homes rather than registered nurses.

They portrayed residents with health conditions such as dementia, chronic pain, urinary incontinence, diabetes and depression and maintained the management of these complex conditions requires the expertise of registered nurses with the support of other health professionals.

The study also provided evidence that some aged care homes employ an “inadequate number of appropriately skilled staff”, with one registered nurse responsible for 190 residents.

They also provided examples of unnecessary hospital admissions due to low staffing levels and the absence of registered nurses.

Ultimately, the report called for systemic change within the residential aged care system, with relatives demanding greater transparency and accountability and specifically that the federal government legislate staff-to-resident ratios and skill prerequisites in all aged care homes to ensure residents receive quality care.

Residents claimed the care of elderly residents should not be left in the hands of providers seeking to boost profits.

Almost a year on from the report, with the government and aged care providers maintaining their stance against mandating ratios, Dr Russell believes the key to achieving improved staffing in aged care homes lies in pushing for transparency.

The push for transparency should also focus on the care being provided, such as the number of falls and pressure sores, Dr Russell added.

“It’s like taking a long-term view of things. I have a view of let’s just keep moving in the right direction. In the first instance, I want all providers to disclose their staffing, their rosters, so we can see what the ratios are. That’s the beginning. Transparency. We want data. We need data.”

Dr Russell says her core objective surrounds wanting to make the aged care sector as good as possible for residents at the end of life.

While it is important to expose unscrupulous aged care providers, she says it is equally valuable to recognise there are a lot of good aged care homes providing quality care within a challenging environment.

As the aged care sector faces perhaps its most critical juncture, Dr Russell says amending the Aged Care Act 1997 would be the one thing she would change.

The survey can be found at – https://www.surveymonkey.com/r/StaffAgedCare