When the coronavirus hit, professional footballer and ICU nurse Deni Varnhagen had already dealt with a lot on the sporting field.

As a member of the Adelaide Crows women’s football team, her team were not only reeling after a sluggish premiership defence, but the abbreviated, COVID-19 affected the end of the 2020 season had  put a line through finals. Deni herself was only just returning to the field after recovering from a knee dislocation.

Despite the setbacks in her sporting career at the time, Deni turned her attention to her work as a registered nurse in the ICU Ward at South Australia’s Queen Elizabeth Hospital. Here she was involved in planning and new protocols to learn ahead to potentially negotiate a novel coronavirus during a global pandemic.

Deni, who has since started a new position at the ICU Ward at Flinders Medical Centre, says looking back when COVID-19 hit Australian shores, was a strange time despite South Australia avoiding many cases of the virus so far.

“We were sort of waiting for it to come and hit, we were being told it was going to,” she says. “We had done lots of preparation with the ICU patients.”

Deni says at the Queen Elizabeth Hospital there was lots of “practice, training and education” around areas such as hygiene and proning (a process of turning a patient with precise, safe motions from their back onto their abdomen which is beneficial for compromised COVID-19 patients). However, Queen Elizabeth mainly managed to avoid an influx of COVID-19 patients due to the facility being a “clean hospital” with most infected patients sent to a different location.

“We had a few [patients] that were queries and we had to treat them like they were until they were tested positive or negative, and they were always negative,” she says.

During this time, the footballer, who has also played softball and soccer at state level before focusing her attention on Australian Rules, had to continue her recovery from her knee dislocation, by building strength into a quad muscle that had shrunk during the surgery and recovery process.

“It was definitely good to have some sort of stability and structure in life when everything was sort of being turned upside down,” she reflects, adding that she took a couple of weeks off at the end of the season before returning to work at Queen Elizabeth. 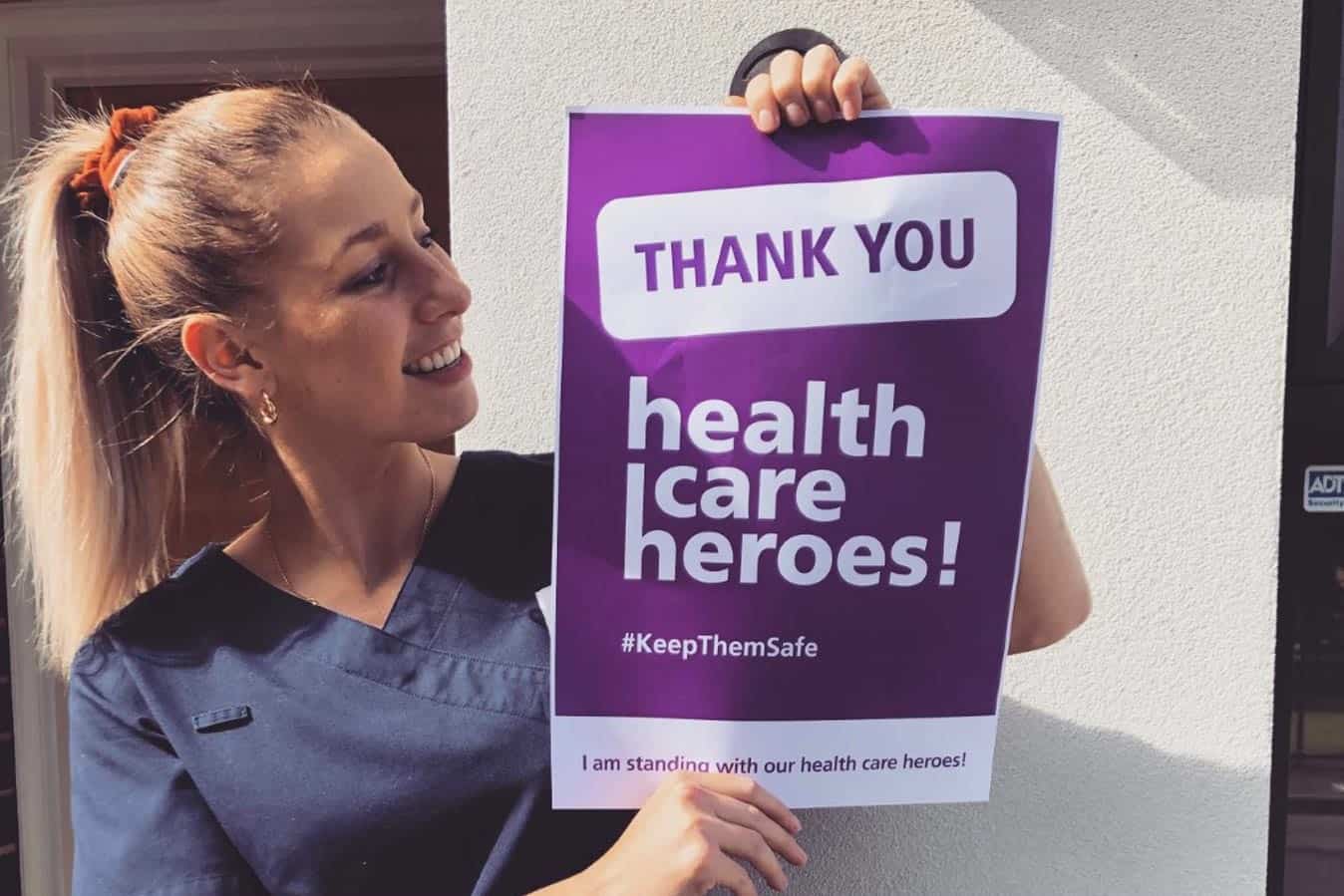 “It was good to have something else to focus on and drive yourself during that time… I could really focus on my strength program before going back to work and diving back into the pandemic.”

While many nurses juggle shift work and other demands amid the pandemic, as a nurse and athlete, Deni admits that keeping an exercise routine, depending on what the restrictions are where you live, is simply a matter of “making the most of what you’re allowed to do.”

She also says structure and a daily routine is essential, as is the social aspect of exercise, regardless of whether it is housemates, friends or family.

“Try and involve each other just to try and create those happy vibes that are missing at the moment,” she says.

While Deni has enjoyed playing in the SANFLW with the Glenelg Tigers this season and is looking forward to the Crows returning to the training track in November, she says she is also keen to take on new challenges at Flinders Medical Centre, including a potential Graduate Diploma in Critical Care.

“Now that I am at Flinders they put you through their own internal education courses to build you up to make sure you’re ready to do the course [the diploma] because it is quite complex and difficult,” Deni explains.

However, while embracing that challenge is something she is relishing, she admits the current pandemic situation has reminded her of the good fortune of being able to participate in sport as well, adding that her heart goes out to those currently in Victoria.

“Not being able to train would definitely have an effect on mental health, especially people that are so used to getting out and being active, and having that taken away I can imagine would be really hard to deal with,” she says.

“We’re so fortunate here that we’re still able to do that.”