‘Let’s Talk about Wounds’ is the theme of Wound Awareness Week 2019, an initiative of Wounds Australia, with this year’s focus on:

Wounds Australia’s 5 Point Plan is aimed to cut the number of chronic wounds in Australia and its associated cost. About 420,000 Australians suffer from chronic wounds each year. Treating chronic wounds costs the health and aged care budget over $3 billion annually. In addition, people with chronic wounds spend on average  $340 per month on dressings and painkillers.

Professor Fiona Wood, Australian of the Year 2005, is Wound Awareness Week 2019 Ambassador. Professor Wood saved the lives of 28 patients airlifted to Royal Perth Hospital after suffering horrific burns to over 90% of their bodies in the 2002 Bali Nightclub Bombings terrorist attacks. She also helped treat patients who suffered injuries in the 2007 Garuda Indonesia Flight 200 crash that killed 20 people, including three Australians. 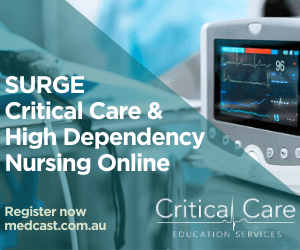