Why Australian women are drinking more

Stress is largely to blame for an emerging rise in hazardous drinking among Australian women in their 40s and 50s as the gender gap when it comes to consuming alcohol continues to narrow, a University of Newcastle academic has revealed.

Speaking at the NSWNMA Professional Day in July, clinical psychologist Dr Sally Hunt said a generational shift in gender specific attitudes towards drinking had reached the point where it is now increasingly common for women to drink at problematic levels.

“Historically, harmful use by men has been almost double or at least double in some areas than that of women,” Dr Hunt said.

“So we’re used to a world where men drink heavily and women less so but that I’m sure to say is changing.”

Dr Hunt said the increase was important for nurses because, as frontline healthcare providers, they hold an opportunity to support people consuming alcohol at risky levels to get treatment.

“As nurses you are far more likely in a general health setting to see these people before I’m going to see them in a psychiatric clinic or before experts will see them in a drug and alcohol setting. So it’s really important to be mindful of these issues and to see contacts with these patients as an opportunity to have a brief intervention or a conversation about alcohol use.”

Her advice included understanding that people’s motivation to change tends to wax and wane over time, to be aware of ambivalence towards drinking, and that nurses must empower people to take ownership over their decision to change drinking habits. 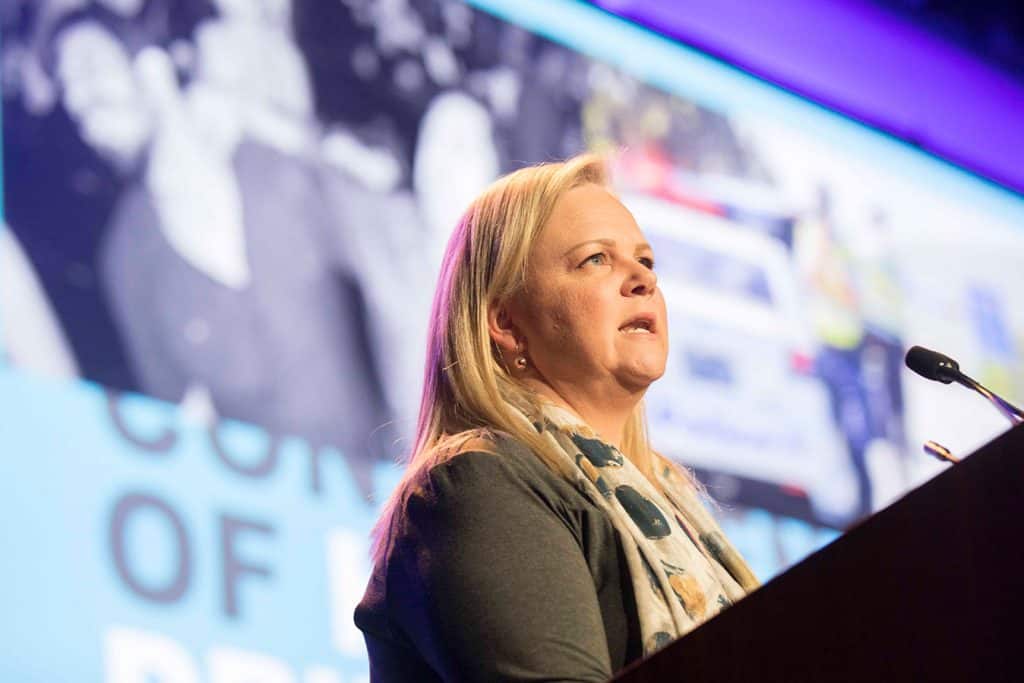 She then cited a study from colleagues, Associate Professor Tim Slade and Dr Cath Chapman, from several years ago that examined the rates of hazardous drinking between men and women and uncovered the gap was closing.

The findings were echoed by 2016 National Drug Strategy Household Survey data which pinpointed women in their 40s and 50s were indeed engaging in higher rates of hazardous drinking.

“So for women in their 50s, it was that they had increased their rate of exceeding their lifetime risk guideline, so more of that everyday habitual drinking,” Dr Hunt explained.

“For women in their 40s it was more about the single occasion risk, in other words, the binge use of alcohol.”

Dr Hunt suggested the increase in drinking reflected a variety of factors, including changing gender specific attitudes towards drinking, the newfound accessibility of alcohol, women delaying motherhood longer, and a sense of equality.

Social media was another contributing factor, she added.

“For younger women and new mothers, social media is rife with messages of not just that women can drink, but women in fact need to drink. That drinking is an appropriate way to deal with our problems. That when stressed out, turning to a glass of wine while you prepare dinner and another glass while you eat dinner and another glass after the kids have gone to bed is fine.”

The emerging findings led Dr Hunt to undertake her own research on why Australian women are drinking more, the potential health impacts of hazardous use, and how health professionals can play a role in helping women make more informed choices.

The results of her study confirmed suspicions that women are drinking more due to stress triggered by the increasing amount of hats they wear and balls they juggle.

“Almost all of the free response answers referred to being stressed, needing to relax, and using alcohol as a way of marking the day, of being able to say I’m not at work anymore and the kids are in bed this is now me time.”

Dr Hunt acknowledged women lead busy and stressful lives and that drinking alcohol was perfectly normal but turns problematic if it “becomes the main way of coping with stress”.

Many women are also unfamiliar with the long-term impacts of hazardous drinking, she added.

“Alcohol is an independent risk factor for breast cancer,” she highlighted as an example.

“If I talk to you about skin cancer and how do you prevent skin cancer, you’ll tell me to stay out of the sun in summer, you wear a hat, you are mindful of putting sunscreen on and if you see a spot you go and get it checked.

“If I ask you how you protect yourself from breast cancer, you’ll probably tell me you do a self-check, you get mammograms, you go to a doctor if you notice a lump and something suspicious. But what’s missing there is ok, what’s the prevention? We’ve got early detection and that’s vital but what’s the prevention? So if you knew by reducing my alcohol use I’m actually preventing my risk of breast cancer in the same way that wearing sunscreen and a hat prevents my risk of skin cancer, then you might make different choices.”

In addressing nurses and midwives, Dr Hunt conceded the stressful nature of the professions and links between the workforces’ demographic and rise in drinking among women in their 40s and 50s.

She encouraged the audience to measure their alcohol use during a week to determine how much they drink and then to ask what situations and triggers were associated with the consumption of alcohol.

“Has alcohol become a priority in your life? Has alcohol taken control of your life? Really, has alcohol gotten in the way of you functioning the way you want to function? Has it caused any obvious evens or negative impacts?”

In this vein, she also personally developed a website called Circus, an intervention where people can seek support so alcohol can be a part of their life but not the sole focus.

Dr Hunt said reducing alcohol consumption amongst women demanded viewing the issue as a health intervention and promoting a healthy lifestyle for longevity.