The Australian Nursing and Midwifery Federation (Victorian Branch) has welcomed the Andrews Government’s commitment to a third round of improvements to legislated minimum nursing and midwifery staffing levels in public hospitals, if re-elected.

In a statement, the union said the commitment would correct the Victorian Safe Patient Care Act 2015’s omission of the ‘accepted practice’ of the 1:1 intensive care nurse ratio, as well as introduce other important nursing roles. They include additional team leader and liaison nurse positions in ICU, which will improve rapid response and provide outreach to patients on wards and support patients after discharge.

Under the commitment, high dependency and coronary care units will also receive additional night duty staff. Emergency department resuscitation bays will move from 1:3 on the morning shift to 1:1, which is the same as the afternoon and night shift.

Meanwhile, postnatal wards will see an increase in the number of midwives looking after new mothers and their babies. The postnatal night shift ratio will improve from one midwife to six mothers to one midwife to four mothers, the same as the morning and afternoon ratio. The increased ratio will apply to Level 4, 5 and 6 services under the Safer Care Victoria Maternity Capability Framework.

To further support midwives caring for babies on the postnatal ward, a re-elected Andrews Government has also promised to trial rostering a registered nurse on every shift in pilot health services. The trial is also expected to act as a midwifery recruitment initiative, as anecdotal evidence suggests registered nurses exposed to the work in maternity services are more likely to undertake postgraduate midwifery studies, the ANMF said.

“Nurses and midwives in these clinical areas have been through the pandemic wringer and this announcement will be critically important to them,” ANMF (Vic Branch) Secretary Lisa Fitzpatrick said.

“The improved ratio initiatives reflect resolutions passed by ANMF (Vic Branch) Job Reps representing members in their workplaces at our Annual Delegates Conferences over the past several years – it’s what nurses and midwives at the bedside have asked for.”

Ms Fitzpatrick said the ANMF used those resolutions as a platform to lobby the Andrews Government for improvements to staffing levels.

“By announcing these improved ratio commitments, the Andrews Government has demonstrated once again it is really listening to nurses and midwives as part of its pandemic recovery response and to improve their job satisfaction and the health system for all Victorians,” she said. 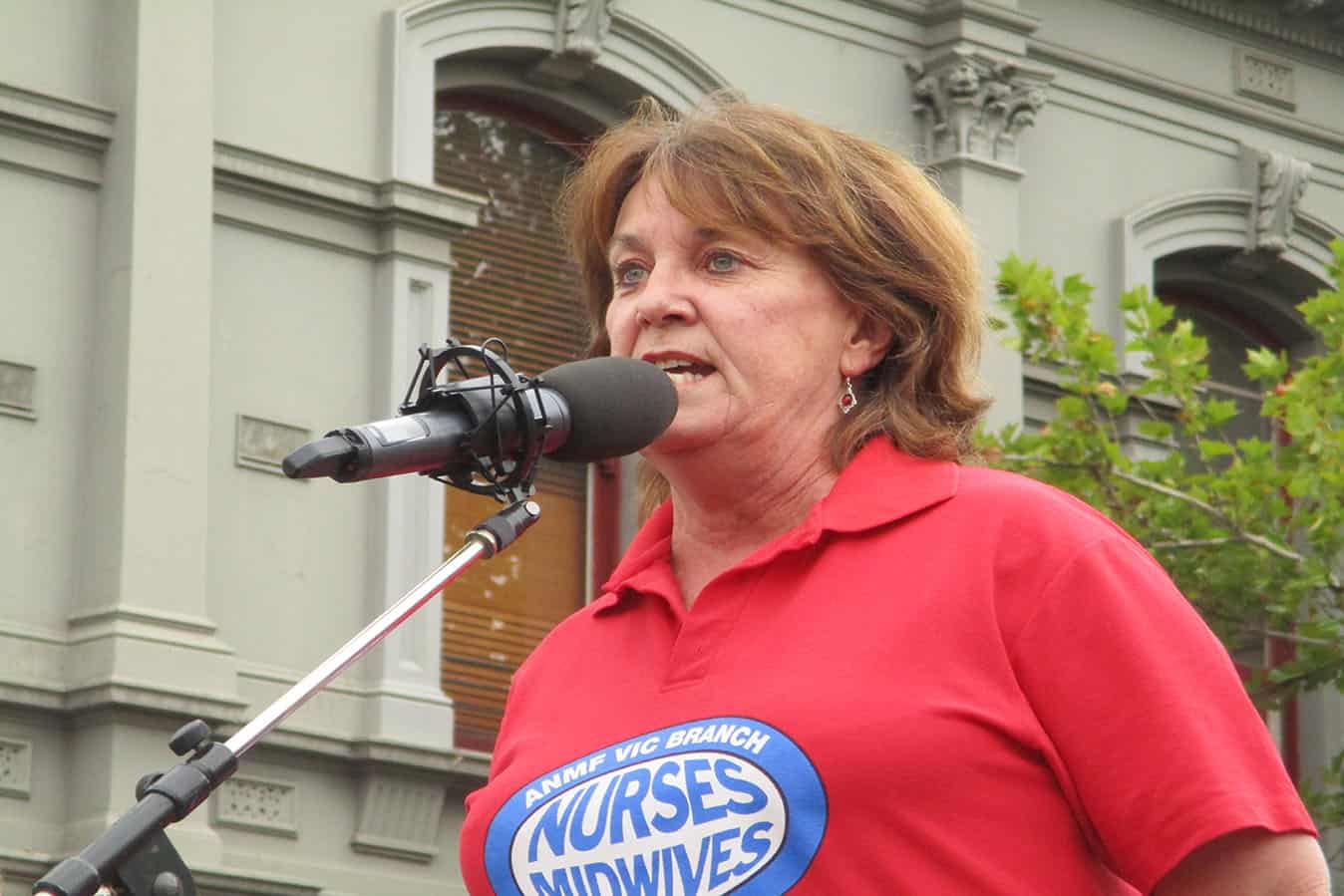 “Just talking about increasing or recruiting nurses and midwives can be meaningless if there are no rules about rostering or minimum staffing levels, as we have seen in private and not-for-profit residential aged care.

“I cannot overstate how improving the staffing level is one of our most effective recruitment and retention tools because it reduces nurses’ and midwives’ workloads and improves patient care.”

Ms Fitzpatrick said any concerns over where nurses and midwives will come from are unfounded.

“The 2024 implementation timeframe means we can complete the final 2023 improvements, as part of the previous election commitment amendments, that will remove hospital managements’ ability to round staffing levels down in special care nurseries, neo-natal intensive care units, antenatal and postnatal wards and birthing suites and aged high care residential wards.”

As part of its $150 million package, the Andrews Government also pledged to deliver a $5,000 sign-on bonus for student nurses and midwives who graduate between 2022 and 2024 who commit to working in the public health system for two years.

“We’re already covering HECS fees for nursing and midwifery students, so there’s no reason for anyone who’s thinking about studying nursing or midwifery not to go for it,” Premier Daniel Andrews said.