Thousands of United Workers Union (UWU) aged care members have voted to go on a nationwide strike in the lead up to the federal election to protest for improved conditions, better pay and proper staffing levels so that vulnerable elderly residents get the care they need.

They joined aged care workers in three other major aged care facilities – Anglicare in South Australia, Hall & Prior in Western Australia, and Churches of Christ in Queensland – who also voted to take industrial action to address the aged care crisis. 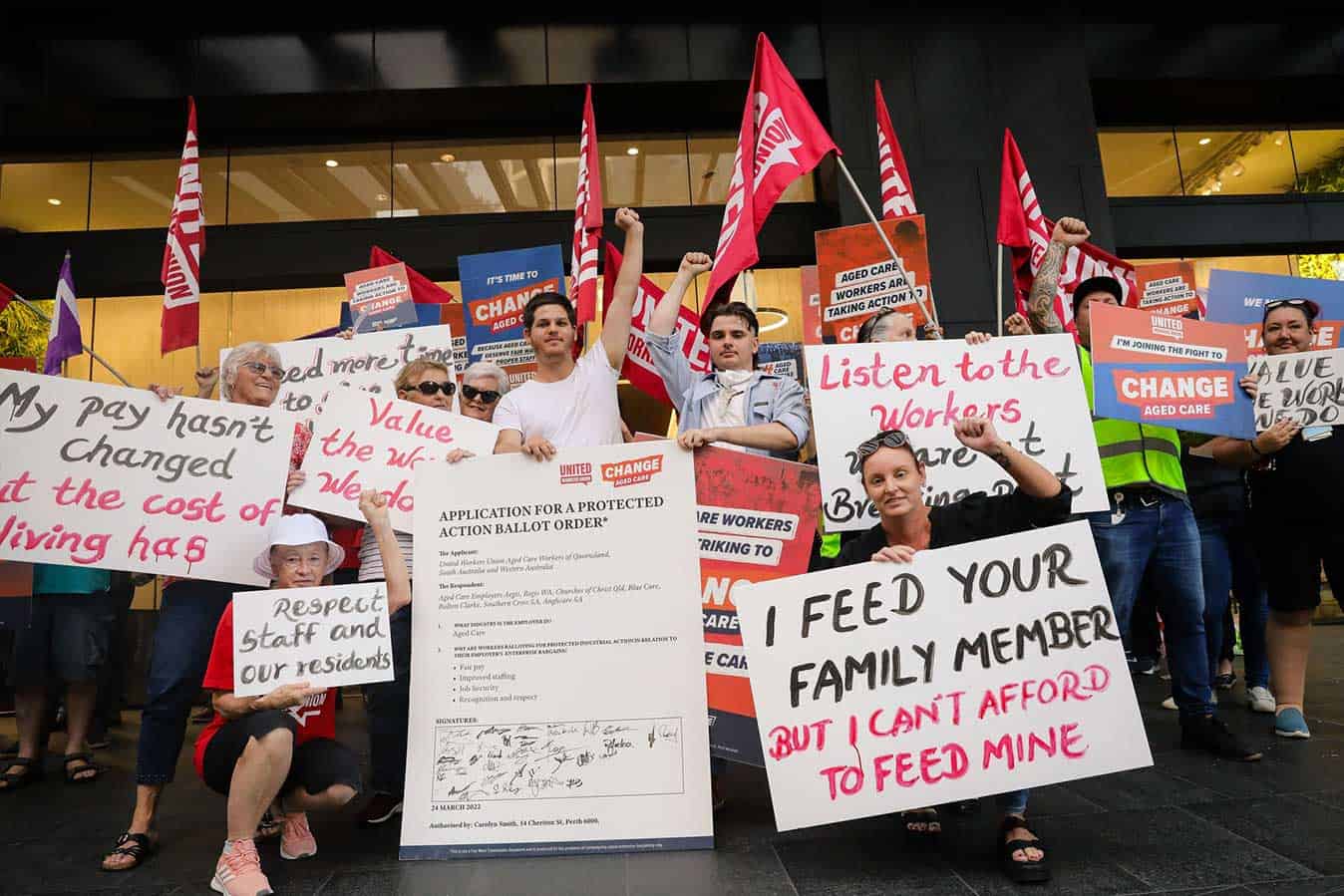 “Across these major providers residents are being left without basic needs being met, they are left soiled for extended periods and they are at risk of falls when left unattended.”

Further votes were being conducted at three other major aged care providers, Aegis and Regis in WA and Bolton Clarke (formerly Allity) in South Australia, in recent days. If those union members vote in favour of protected action, providers with more than 12,000 staff and about the same number of residents will be the subject of strike action, the UWU says.

Details of the exact nature of action aged care workers will take will be finalised in coming days, with the UWU warning that no employer should underestimate the level of anger among the workforce after years of neglect of aged care workers and their residents.

Any strike action taken by the union will be discussed with providers beforehand to ensure the safety and wellbeing of residents, on top of the union’s legal obligations to give providers several days’ notice about any actions that may be taken.