The race against time to end nuclear weapons

Tilman Ruff’s life’s mission to help end nuclear weapons traces back to growing up in Melbourne in the 1980s living with the genuine fear that nuclear war could strike at any moment.

His family background passed on a profound awareness of the impacts of war.

“My family were German Christians living in communities in Palestine,” Professor Ruff explains. “My great grandparents married there. They were in turn displaced, imprisoned, and quite a few of them were killed in both World Wars and then brought to Australia as prisoners and locked up until 1947.

“So the indiscriminate trauma, loss, madness and horror of war and its terrible legacy across generations was something I heard from my grandmothers and my old people all the time.” 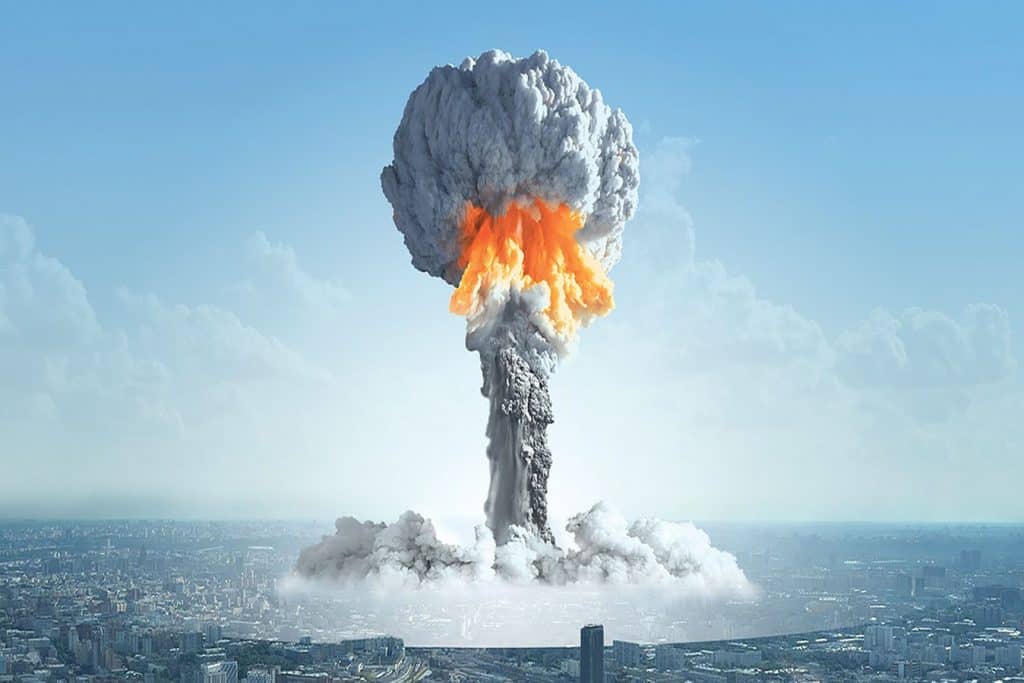 As an adolescent, several empowering experiences shaped Professor Ruff’s activism, including joining the movement to end Australia’s involvement in the Vietnam War and setting up the world’s first Amnesty International high school group in 1970 to support the release of a young man imprisoned for writing a political slogan on a wall.

They made the 15-year-old Professor Ruff truly believe he could make a difference.

A Public Health and Infectious Diseases Physician, Professor Ruff’s diverse career has included establishing the Nossal Institute for Global Health at the University of Melbourne, where he currently teaches on public health dimensions and nuclear technology, and a longstanding position as the International Medical Advisor for Australian Red Cross.

Looking back to his early days as a medical student, he reveals the presence of nuclear weapons struck him as “the most urgent global health threat and most demanding of urgent health professional attention.”

“Many of us had this daily visceral fear that nuclear war could happen at any time. It was palpable reality in your life.”

Professor Ruff suggests the birth of his daughter in 1982 added an emotional dimension that spurred him further to want to make the world a safer place for generations to come.

Soon he joined the International Physicians for the Prevention of Nuclear War (IPPNW), awarded a Nobel Peace Prize in 1985 for contributing to the end of the Cold War, where he became inspired by how effective and influential evidence-based advocacy imparted by health professionals could be.

The evidence is epitomised by the World Health Organization (WHO), which commissioned an expert group in 1983 to examine the issue and labelled nuclear war the greatest immediate threat to human health and welfare, with no health service in the world capable of responding to the devastation even a single nuclear weapon could inflict on a city.

“Nuclear weapons are different from any other weapons in two ways,” Professor Ruff says.

“One is the simple scale of the destruction. There have been single nuclear weapons built and tested that contained four times the explosive power of all explosives that have been used in all wars throughout human history.

“Of course, they’re qualitatively different too in producing radiation that transcends borders, that transcends its effects across generations, effects that can’t be undone, increasing the risk of cancer and genetic damage and chronic disease long-term for the lifetime of those exposed.”

Professor Ruff says recent scientific evidence points to nuclear weapons triggering climate disruption and a nuclear winter. Specifically, less than 1% of the world’s nuclear weapons targeted on cities would loft so much soot and smoke into the atmosphere that it would blanket the globe in darkness and cool the climate, decimating agriculture for decades and putting billions at risk of starvation across all corners of the globe.

The evolution of ICAN in Melbourne in 2007 was sparked by intense frustration and despair among members of IPPNW, and its Australian affiliate the Medical Association for Prevention of War (MAPW), that nuclear disarmament had fallen off the radar.

Importantly, Professor Ruff and his cofounders were encouraged by the success of the International Campaign to Ban Landmines and felt it could be replicated for nuclear weapons.

The plan was not to recreate a new organisation but instead form a coalition of existing organisations fixed on developing a treaty to ban nuclear weapons on account of their shattering humanitarian consequences.

“It’s got to be global, it’s got to engage young people, and balance horror, humour, hope and humanity,” Professor Ruff recalls of the group’s philosophy.

After launching a decade ago at Victoria’s Parliament House, ICAN has risen to a coalition of more than 500 partner organisations, including the Australian Nursing and Midwifery Federation (ANMF), across 103 countries.

Fittingly, years of raising awareness about the dangers of nuclear weapons reached a pivotal point in July 2017 when the ICAN-led treaty to ban nuclear weapons was adopted by 122 countries at the United Nations in New York.

The treaty prohibits the use of nuclear weapons, their development, testing, stockpiling, production and threat of use, underlining that any use of these weapons contravenes the rules of international humanitarian law. 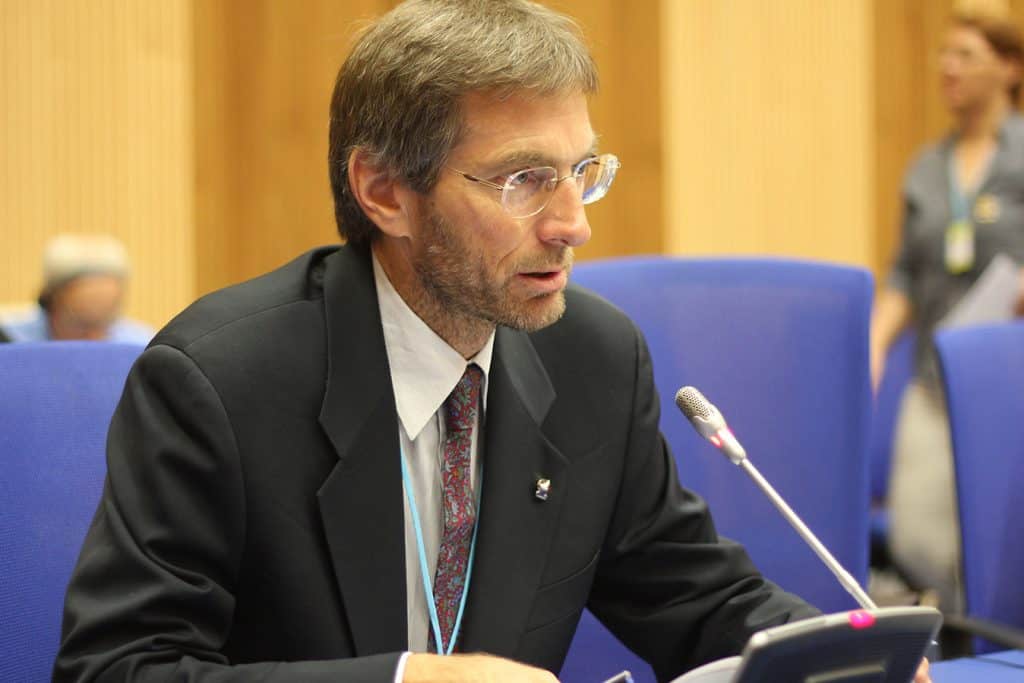 Unsurprisingly, the world’s nuclear-armed states – Russia, France, US, India, North Korea, UK, Pakistan, China and Israel – boycotted the treaty, as did many of their close allies like Australia. “They’re not only not disarming they’re actually investing massively in adding new capacities and modernising those weapons,” Professor Ruff says.

As the treaty negotiations unfolded at the UN General Assembly in New York, Professor Ruff says stories told in person by victims and survivors of nuclear bombings in Japan, together with survivors of nuclear testing around the world including Indigenous test survivors from Australia, exposed the reality of nuclear weapons like nothing else.

The room burst into joy when the treaty was adopted.

“It was a very emotional moment,” Professor Ruff recalls.

“These are normally very formal and dry proceedings. When the vote happened, 122 to 1, the room just erupted with hugs, tears of joy. It was one of the most extraordinary moments you could ever witness.”

Almost 70 states have signed the treaty and 19 have ratified it.

It will enter into force once 50 states have signed and ratified it.

“But it’s the best thing that the rest of the world that doesn’t own the weapons could do.”

Professor Ruff is adamant the treaty marks a major step forward of historic significance, and through growing international support and an increased focus on stigmatisation, can finally help rid the world of nuclear weapons.

If anything, the fierce and bitter opposition expressed by the nuclear-armed states in the wake of the treaty has further reassured him. 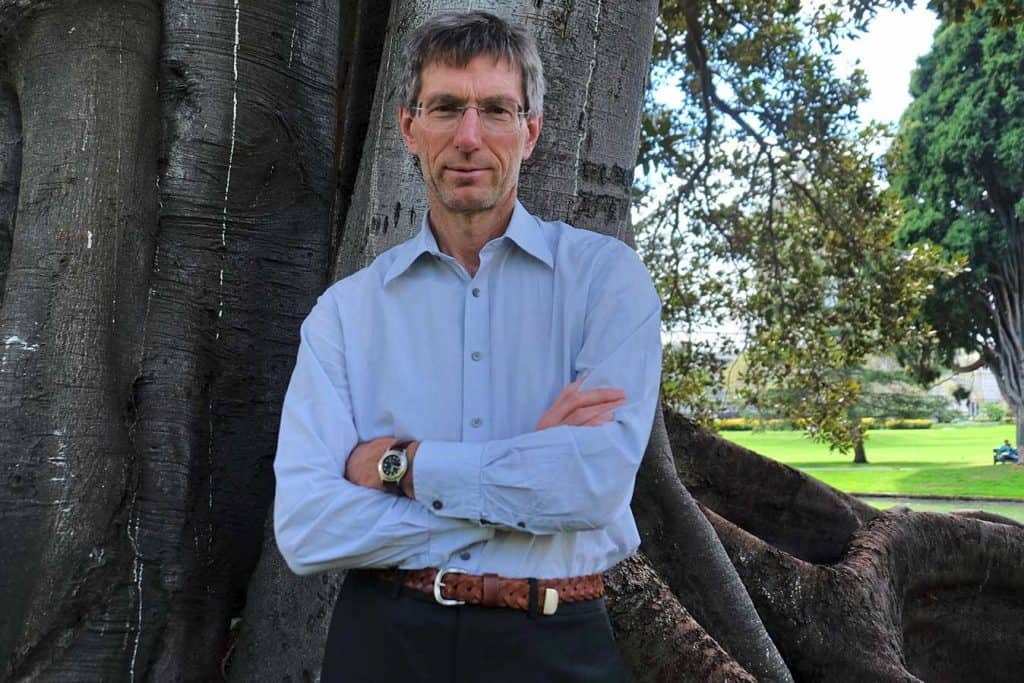 Professor Ruff praised the involvement of key health professional federations from around the world, such as the International Council of Nurses (ICN) and World Medical Association (WMA), in helping to reinforce how nuclear weapons pose a planetary health threat of the highest magnitude.

In this vein, he believes real change can only occur by influencing government policy and all health professionals, including nurses and midwives, should champion the power of health evidence.

“Our responsibility as health professionals is not just to alleviate suffering and try and cure diseases but to prevent illness, keep people and our communities healthy and be advocates.”

Several months after the treaty, ICAN was awarded the first Australian-born Nobel Peace Prize at a ceremony in Norway for its efforts.

“It was hugely important, humbling and just wonderful for a couple of reasons, apart from just the fact this has been blood, sweat and tears for me, endless nights and weekends, 365 days a year for more than a decade and for 20 years before that,” Professor Ruff reflects.

“It provides really important attention to the urgency of the issue and the need to make progress. It provides historic recognition for the importance of the treaty and gives enormous encouragement to civil society and governments.”

Disappointingly, Professor Ruff says the glaring lack of support and recognition from Australia’s leaders, both for the treaty and Nobel Peace Prize, remains difficult to comprehend.

“Basically, our policy is that we might need the US to use nuclear weapons on our behalf and we actually provide, through facilities and personnel assistance, for the possible use of nuclear weapons. That’s a completely immoral position. We’re part of the problem, not the solution.”

Regardless, Professor Ruff says the Nobel Peace Prize has opened doors and allowed ICAN to spread its message further.

The immediate task rests in getting as many states to sign and ratify the treaty as possible to strengthen its legal and political force. Pressure will also be ramped up on financial institutions, such as several of the big banks, invested in companies that make nuclear weapons.

In Australia, the strategy will likely focus on gaining a commitment that the next Labor Party government will adopt the treaty, given its current policy platform from 2015 specifically calls for negotiations of a global treaty banning nuclear weapons.

Professor Ruff says its imperative civil society organisations, including unions, band together to push for elimination.

While decades have passed since he was a youth growing up in Melbourne with the threat of nuclear war hovering Professor Ruff remains visibly determined to close the final chapter.

“Objectively, the danger of nuclear war is growing,” he declares.

“There’s no question that if these weapons are retained they will one day be used and we absolutely have to get the job done before that happens.”

To learn more about the International Campaign to Abolish Nuclear Weapons (ICAN) icanw.org/au

THE FACTS ABOUT NUCLEAR WEAPONS