The importance of nutrition for maternal health in Kenya

Many women in Odede, Kenya, suffer from malnutrition which not only impacts on their own health, particularly through pregnancy, but also on the health of their babies.

An Australian not-for-profit organisation, World Youth International, has been working to improve nutrition and health outcomes for these women and children, since opening its health centre in 2013.

The organisation says nurses and midwives are pivotal in addressing this issue, which has in turn helped to increase the mortality rates of women and children in the region.

Situated on the banks of Lake Victoria, the village of Odede is located in Western Kenya, close to the Uganda border. Much of the local population are rural, subsistence farmers living in extreme poverty (less than $2.50 per day). The communities have limited access to basic infrastructure and services such as health and education. Many of the children are dying from malaria and other preventable illnesses like diarrhoea and malnutrition. 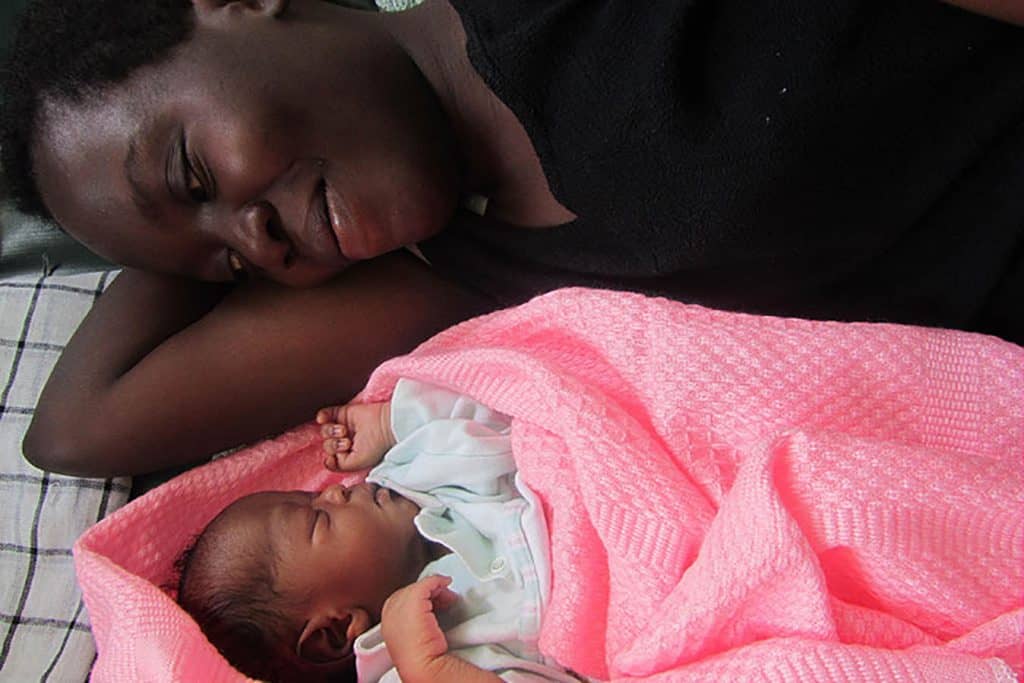 Nutrition is an extremely important part of a healthy pregnancy, for women, unborn babies and small children. Poor nutrition for women negatively affects the development of babies in the womb, and can create lasting impact for babies once they are born, and into their early developmental years. The nutrition of women before pregnancy, during pregnancy, and when breastfeeding is crucial to ensure the health of both mother and babies.

One of the United Nation’s Sustainable Development Goals is to “end all forms of malnutrition by 2030”. This is a huge task when it comes to places like Odede. Malnourished women are more likely to have difficult and even dangerous pregnancies, and babies are at risk of being born underweight, causing developmental challenges and delays as well as poor immune systems. Malnourished mothers may produce breastmilk that is lacking in essential vitamins, causing babies to suffer from a lack of nutrition in their only food source.

When a mother is malnourished so is her child

According to the research study leads, senior researchers Elizabeth Echoka and Lydia Kaduka said, “Anaemia contributes to 20% of all maternal deaths, poor pregnancy outcomes and impaired physical and cognitive development in children.” (The Conversation, 5 October, 2016).

Poverty plays an important role in malnourished women and children

In another study, conducted by the Department of Nutrition & Food Studies at George Mason University (USA), 2012, researchers investigated malnutrition in Kenyan children, and how maternal and household factors played a role in this (Gewa 2012).

They found 30% of the younger children in the study were stunted in growth,12% were underweight, and 8% were wasted.

The researchers concluded that mothers who were malnourished gave birth to babies that were smaller in size at birth. These babies experienced childhood diarrhoea and cough, and were more likely to be malnourished.

Whereas women who were more nourished, were older when they gave birth to their first child, and who experienced higher levels of education and higher household wealth, had larger sized babies at birth and were therefore less likely to be malnourished children.

Consequently the study concluded women living in poor villages and households, with low levels of education, high rates of diarrhoea, and high rates of malnutrition, are more likely to give birth to small, undernourished babies, who grow into undernourished children and adults.

Maternal healthcare as a solution to the problem of malnourished children 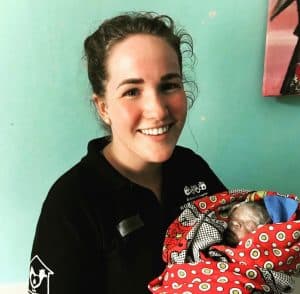 Nurse volunteer from the Nurses in Action Program

World Youth International has been addressing this specific issue in Kenya since 2013 when they opened the Mama Ann’s Odede Community Health Centre. Prior to 2013, around 70% of women in Odede and the surrounding areas gave birth at home in unsafe conditions, aided only by untrained midwives or female relatives. Very few women received pre-natal or ante-natal education or care, and it was not uncommon for women to be injured during childbirth, or for newborn babies and infants to die.

Mama Ann’s Odede Community Health Centre was the first medical facility offering maternal health services for kilometres in any direction. Since its opening, the Health Centre has made a significant impact on the health of women and children by providing affordable access to maternal health services. This includes providing community education initiatives to teach women about health issues such as nutrition, and even funding community agriculture activities to ensure food security for families in the village. The Centre was recognised as the ‘Best Maternal Health Facility’ in Western Kenya in 2018.

In the 2018/2019 financial year, 778 women received pre-natal and ante-natal care, and 187 babies were delivered safely at the Health Centre. Prenatal care involves caring for women during pregnancy, encouraging them to come to the clinic for regular checkups, and monitoring their health to ensure they are able to give birth safely, and to healthy babies.

Antenatal care involves care for women and infants after birth, ensuring that mothers heal from the trauma of birth and babies receive regular checkups and immunisations.

World Youth International and Mama Ann’s Odede Community Health Centre has also funded multiple community-driven farms, supporting the infrastructure (such as water pipes, drainage and seedlings) to grow crops such as maize, beans, tomatoes and other vegetables. Enabling the community to have a sustainable source of food, and income from the additional crops they sell, assists in contributing towards good nutrition as well as empowering families to earn more money to pay for health-related services, such as maternal care.

“During my team’s Nurses in Action placement at Mama Ann’s Odede Community Health Centre we hosted sessions for the Centre’s permanent nursing staff and community health workers, educating them on nutrition, diabetes and maternal health. This then empowered them to educate the Odede locals and encourage pregnant women to receive the care they needed at the Centre.”

“There is a village market approximately 15 minutes away from Mama Ann’s Odede Community Health Centre where the community, in particular pregnant women, can access fresh food. They however need to be educated and reminded on what foods they should be eating for a healthier pregnancy. Because of where Odede is situated, the locals eat a lot of fish, and crops grow relatively well but it is challenging work for the farmers. I had a go at picking maize myself and I only lasted 10 minutes. The process to make the maize edible is hard work, especially in the humidity.”

While there have been significant improvements in the maternal health of women from the Odede community, there is still a lot of work to do at the Health Centre in order to provide sustainable support, access to quality healthcare, and end all forms of malnutrition.

“I was heartbroken by the environment at the Health Centre compared to where I was used to working in a hospital back home in Australian. The lack of workable equipment was mind-blowing; on one occurrence we needed to resuscitate a patient however the defibrillator wasn’t working. We often couldn’t escalate care due to the limitations of the available equipment.

” There was a particular devastating case where a baby was born via emergency C-section and needed incubation. The skills of the midwives on our team were invaluable, but without access to the proper NICU equipment the baby only made it through 48 hours before passing away. That same baby may have had a fighting chance of survival if it were born in an Australian hospital.”

Nurses and midwives play a vital role in providing health services on a global scale. In World Youth International’s advocacy of International Year of the Nurse and Midwife, they aim to empower nurses through their Nurses in Action program, where nurses from Australia have the opportunity to work closely with the local nurses in communities such as Odede, ensuring continued and increased access to specialised health and nutrition education and care.

Learn more about the Nurses in Action program and how you too can inspire change where it’s most needed. Link to: