Take precautions against mosquitoes this summer

All Australians are being urged to take precautions against mosquitos this summer due to increased risk of contracting Japanese encephalitis virus (JEV) following this year’s widespread flooding.

As many as 750,000 people could be at risk of exposure to the virus which is now feared to be endemic in Australia. Up until last year JEV was confined to Asia and far northern Australia.

Concerns of a major outbreak follow the third consecutive La Nina which has caused extensive flooding. The wet and warm weather creates the right environment for mosquitoes to proliferate.

“Most Australians have not been exposed to the virus before so they have no immunity. We are urging people to take precautions. The best protection is vaccination, but currently that’s not available to everyone.

The research and modelling has been published in Oxford Academic’s Clinical Infectious Diseases.

JEV is found in wild birds and spread by those and other animals, including pigs, humans and horses, by mosquitoes. JEV dramatically expanded in Australia this year with confirmed cases in dozens of piggeries throughout southern Australia which has resulted in six deaths in 2022.

People living within four kilometres of an infected piggery are at greatest risk, along with people living close to populations of wading birds. 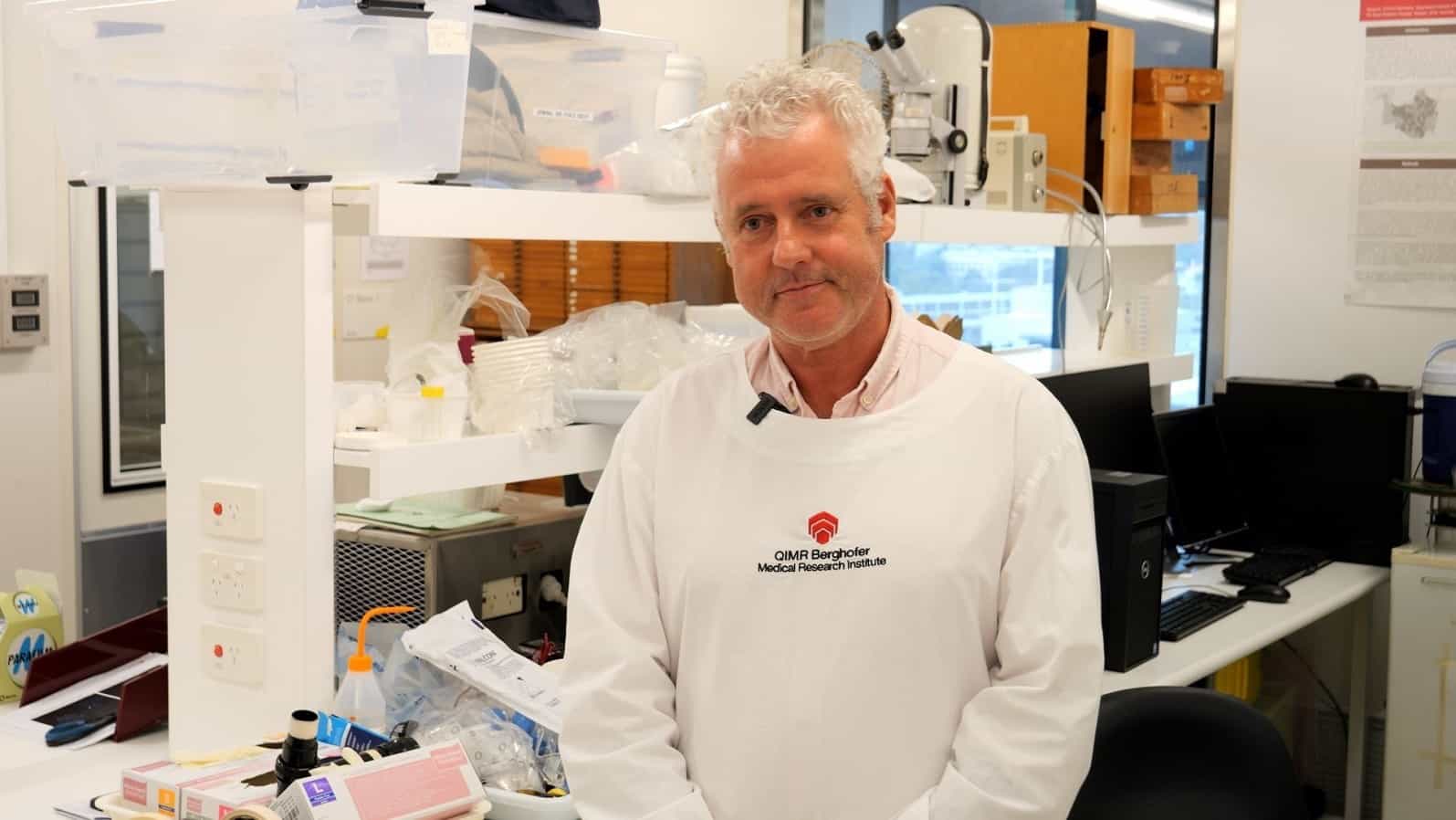 Measuring the spread of JEV was difficult as most people were asymptomatic, co-author of the study and University of Queensland infectious diseases epidemiologist Professor Colleen Lau said.

“Only around 1% of people who become infected will have any symptoms. However, among those who do develop symptoms the fatality rate is around 30%, and of those who survive, around half will have some sort of long-term neurological damage.

“Symptoms range from a fever through to severe encephalitis. There is no specific treatment for Japanese encephalitis, so we can only manage symptoms and provide supportive management.”

Researchers have been doing modelling to estimate population risk and where vaccines may be targeted. Research conducted by NSW Health and the National Centre of Immunisation Research and Surveillance found nearly 9% of the population in five regional towns in NSW had been infected with the virus.

Two effective vaccines against JEV are available in Australia but due to limited supply are prioritised to high risk groups. 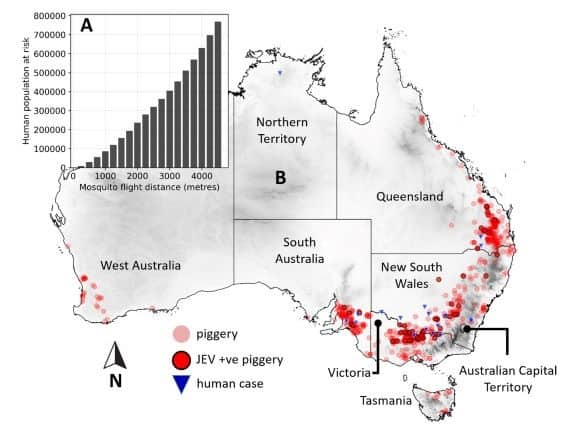 Distribution of JEV in Australia

The study has been published in the journal Clinical Infectious Diseases.