“Even though we are in two different worlds, developing and developed, the scenario and humanitarian nature of palliative care is universal,” says palliative care clinical nurse manager Ed Gaudoin.

With the support of NGO Australasian Palliative Link International (APLI) and the Indian NGO Pallium India, Mr Gaudoin visited the remote and hilly northeastern state of Mizoram in India.

Aizawl, a district in Mizoram State, with a population of just over one million, has the highest incidence of all cancers (270 per 100,000 people). Cancers of the stomach, oesophagus, hypopharynx, gallbladder, lung, and breast are common in the region. 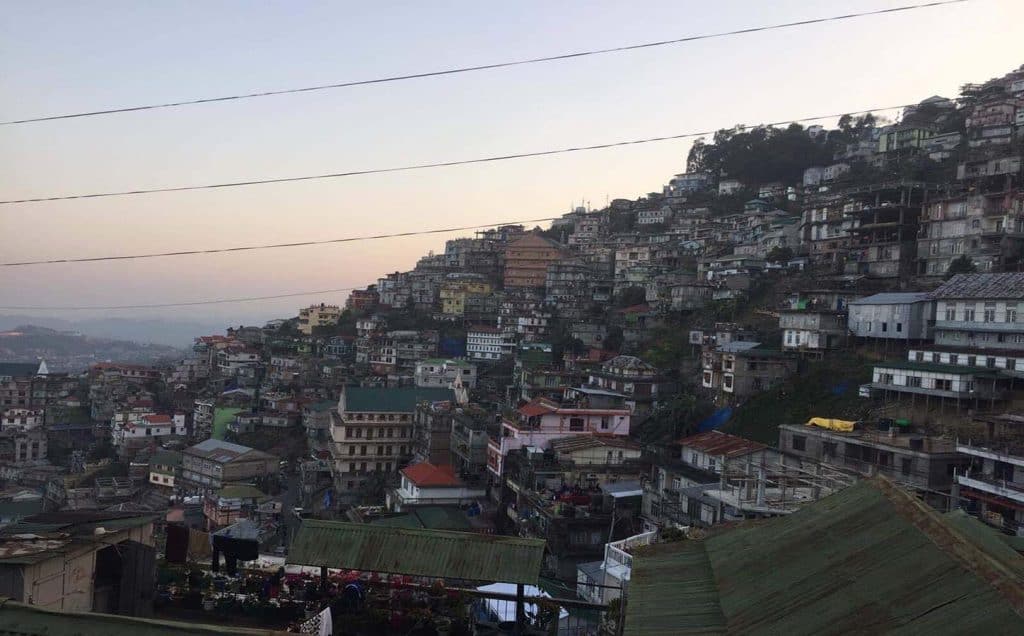 Establishing new pain and palliative care centres has been a priority for the state, aiming to improve quality of life for patients.

Mr Gaudoin’s seven-day support visit encompassed education to medical and nursing schools and providing clinical supervision for practitioners in both the hospital and community settings.

Synod Durtlang Presbyterian Hospital, a 300-bed general hospital in Aizawl, has extensive community outreach. The hospital provides treatment and support not only for cancer patients but also for those with HIV/AIDS and those with drug addictions, says Mr Gaudoin. 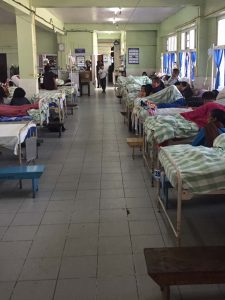 “They have poor access to treatments due to cost and remoteness.  The ability to use basic analgesics like morphine, due to Mizoram being considered as ground zero for India’s opioid epidemic, has also been limited until now due to strict control.”

The state has an HIV rate of almost 20% among injecting heroin users, the highest in the country. The state’s drug epidemic is largely because of its geography, Mr Gaudoin says.

Mizoram shares a 400 kilometre international border with Myanmar, which is the world’s second largest producer of opium. “Thus Mizoram is today a first stop on the flow of heroin out of the region,” Mr Gaudoin says.

Drug addiction in Mizoram has increased among teenagers and school students, where there is high unemployment, he says.

“Mizos are fast giving up their old customs and adopting new modes of life great­ly influenced by Western culture. Mizoram is almost 90% Christian, due to the missionary efforts under British rule. Presbyterian and Baptist churches dominate.

“There is very little after hours’ activities apart from church and bible studies up to three days a week. The capital effectively closes down after 6pm with little other activities to keep young people entertained.”

There is still a lot of moral policing with political power of Christianity in Mizoram. Among the Presbyterian leaders and congregations in Aizawl, about 70% believe that disobedience to biblical teachings leads to HIV; and only 34% were willing to advocate for the free availability of condoms and safe needle practices, thus compounding the problem, says Mr Gaudoin.

The palliative care team provides leadership in advocating for the greater community, he says.

“The average annual income for a middle-class family is less than $2,000 (AUD).  The cost of anti-retroviral therapies is subsidised in some centres, but the cost of drugs of addiction inhibits the treatment, leading to the greater catastrophe of infants born with the disease, and the cycle continuing.”

The need for comfort at all stages of life and quality care is high on the agenda, says Mr Gaudoin. In one instance, he reviewed a 24-year-old man with HIV and tuberculosis not responding to treatment. His first wife had died from AIDS and had also lost a child to the illness. His second wife was also diagnosed with HIV but could afford the anti-retrovirals and was relatively well. The family didn’t have the funds to pay for his anti-retrovirals.

“He was in the last stages of life. He was not responding, unable to eat and drink, extremely short of breath and needing oxygen. The family was very distressed. Thankfully, we had access to injectable morphine for comfort. Oxygen tanks, on the other hand, were going to cost the family 500 rupees, the equivalent of $10 (AUD), and were something they couldn’t afford. The man died 48 hours later comfortably in the hospice.”

Increasing awareness in Mizoram around morphine availability, community and medical education around palliative care, and providing good quality of life through excellent symptom relief at any stage of life, are paramount issues, says Mr Gaudoin.