The year was 2014, and Athol Hann, a clinical emergency nurse who practices in Northern Queensland, was facing some significant challenges.

Like many who deal with intense and high-pressure environments, his work left him burnt out, and eventually he temporarily left the profession.

While he has since returned to the clinical setting, he says his hiatus “sparked a lot of soul-searching,”

“[It] fuelled my desire to try and change a few things, not only in my personal life but to help my friends and colleagues in nursing and healthcare,” he says.

Looking for ways to make an impact in the interim, he started focusing on digital technology and app design. Six years later, the fruits of his labours are beginning to show with the creation of the Fwards app.

Launched on International Nurses’ Day this year, the app, designed for both iOS and Android mobile devices, dubs itself as “the app to help health professionals thrive at work and home.”

“Technology is such a beautiful tool and such an easy resource that we can leverage… it can go to every phone, it can be so easily delivered, it was just a natural progression really,” Athol says of his app.

The app design helps health workers reflect on their work, chat with other colleagues, calculate their pay, and manage/organise their shift in concert with their co-workers. While it was initially available to a small selection of users, all public sector nurses can now access it.

Athol, who juggles Fwards alongside his clinical work, says it is a product that addresses many of the concerns that left him anxious and stressed all those years ago.

“The app has really been built to help people not only prepare for shift work better but manage their demands within their day-to-day shift and also to come down and relax afterwards,” he says. 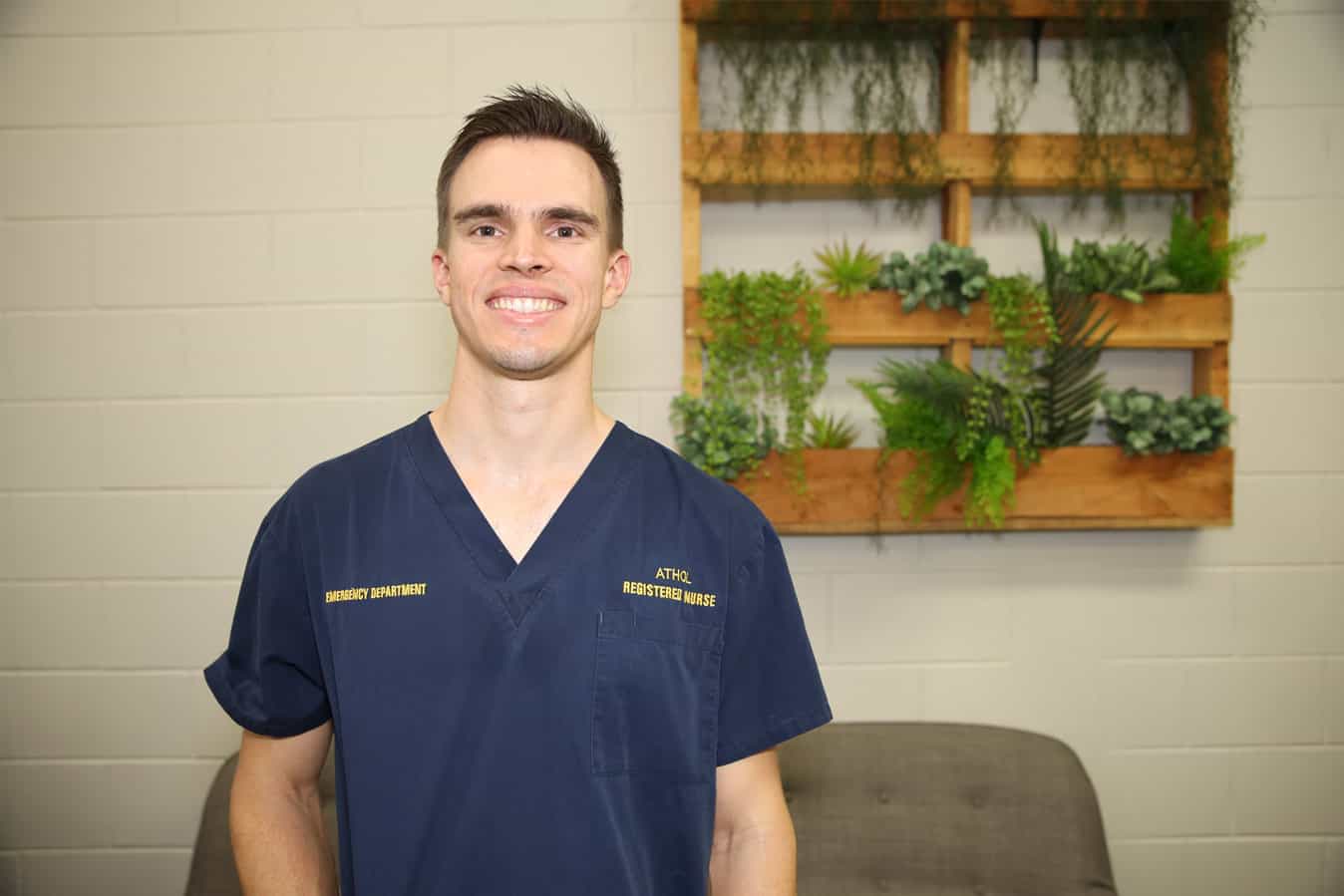 The app was consolidated over 12 months with funding from friends and family and “sprint stage” collaboration with a development agency.

The current version of the app, which is already an extensive product, is just a step in what Athol describes as “a bit of a journey”.

Athol says the app is only a partial summary of ideas he workshopped over the past few years from lessons learnt during a study camp at Stanford University’s Behaviour Design Lab which fuelled his ambition to help reshape the behaviours in the health industry at large.

“Once we get a little bit of change and movement across the board we have the potential to leverage that [those lessons] into our work environment and change some of the things that we are desperate to change in hospitals and healthcare organisations,” he says.

While his AtholTech brand will eventually look beyond app design towards the broader role that technology can play in health, Athol says that there is already a new feature to be introduced to fwards that will “value-add” to the user experience.

The app will visually map the user’s mindfulness journal alongside to its shift scheduling function, allowing workers to see the relationship between their feelings and reflections in the broader context of their workload and the types of shifts that they are taking on.

“You’ll be able to track how you’ve been feeling over the last month against what you’ve been working,” he says, suggesting that it will be a feature that gives the user “feedback” and “information” on how their work is affecting them.

While Athol is ambitious in terms of his longer-term plans, he remains clear that fwards is what he calls a “lean and agile” offering, focused on the little ways it can make things simpler and easier for frontline health workers now.

“There’s a lot of stuff that’s out of your control, but if you can take back some of those stressors and have a bit more control of your day, then life becomes a little bit easier,” he says, alluding once again to his early professional experiences as a nurse.

“I don’t want others to have to go through that… That’s the challenge, the dream that I see the app as the start of.

“I’m really excited about the future we can create for nurses and health professionals.”

More information about the fwards app can be found at its product website, while it is currently available for download on the iOS App Store and Google Play platforms.