Latest data shows NSW patients seeking acute medical care across the state’s public hospital emergency departments are being forced to wait for record amounts of time to be treated, with the escalating issue prompting the NSW Nurses and Midwives’ Association (NSWNMA) to call for urgent intervention to address staffing shortfalls.

According to Bureau of Health Information, one in 10 patients who were treated and admitted to hospital during July to September spent more than 22 hours in the ED.

NSWNMA General Secretary, Shaye Candish, said the latest hospital data further proved many EDs were unsafe and reinforced the need for shift-by-shift ratios of one nurse to every three treatment spaces to be introduced statewide. 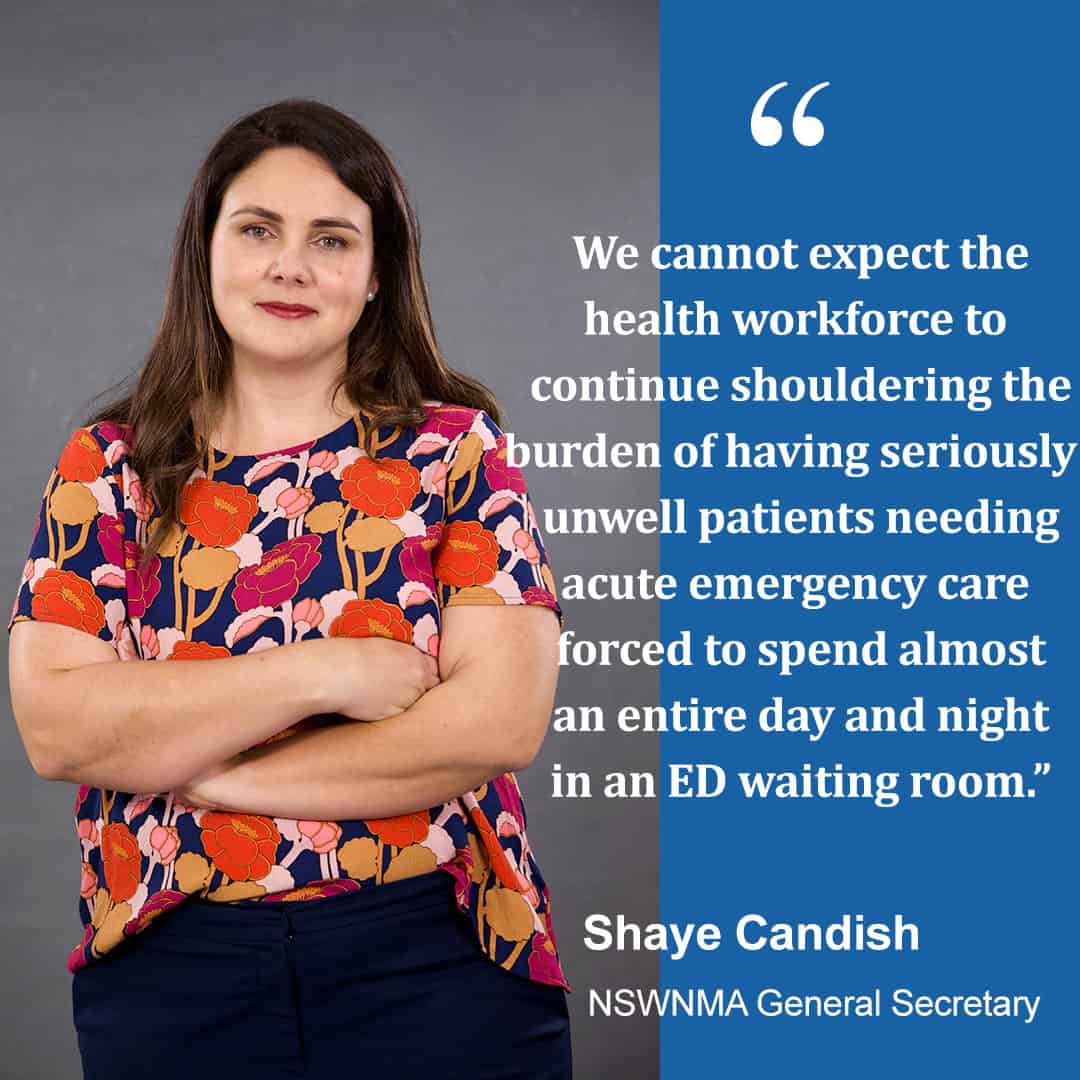 “The pressures being placed on health staff inside our EDs is untenable. We’re seeing emergency nurses leaving in droves or reducing their work hours to manage their own health and wellbeing. This will continue until their workloads and concerns are resolved.”

Ms Candish said the NSW government must address growing concerns for patient and staff safety inside what have become “intense, pressure-cooker environments”.

NSWNMA Assistant General Secretary, Michael Whaites, said the latest data also showed the average length of hospital stays rose 14% (or 6.5 days) compared to the same quarter in 2019, and marked the longest of any quarter in the past five years.

“Our public health system is under significant strain and it’s not something that’s just crept up, these are systemic issues the NSW government has failed to sit down and adequately address,” said Mr Whaites.

“We have been asking government for an extended period of time now to work with us on meaningful outcomes. Shift by shift ratios are a safe, evidence-based solution to the nursing workforce pressures. Following our recent meeting, we hope that the Premier demonstrates that he is listening.

“The pressures on the system are widespread across our hospitals, from the EDs through to operating theatres, where elective surgery waiting lists are an ongoing concern. The BHI data shows that backlog is still hurting, with just shy of 100,000 patients waiting at the end of September.

“The people of NSW deserve better than this and they should expect better from their taxpayer-funded public health system.”