Thousands of NSW nurses and midwives will walk off the job for 24 hours this Thursday in the second statewide strike in the space of six weeks rallying for legislated nurse-to-patient ratios and improved conditions.

Last month, nurses and midwives, wearing scrubs and holding placards, marched through Sydney’s CBD and onto NSW Parliament House to protest for ratios and a pay rise. More than 30 rallies simultaneously took place across the state.

Six weeks on, the NSW Government’s lack of action to address the staffing crisis across public hospitals, or commit to further talks regarding workplace improvements, prompted more than 160 of New South Wales Nurses and Midwives’ Association (NSWNMA) public sector branches to last week vote in favour of a second historic statewide strike or work bans. 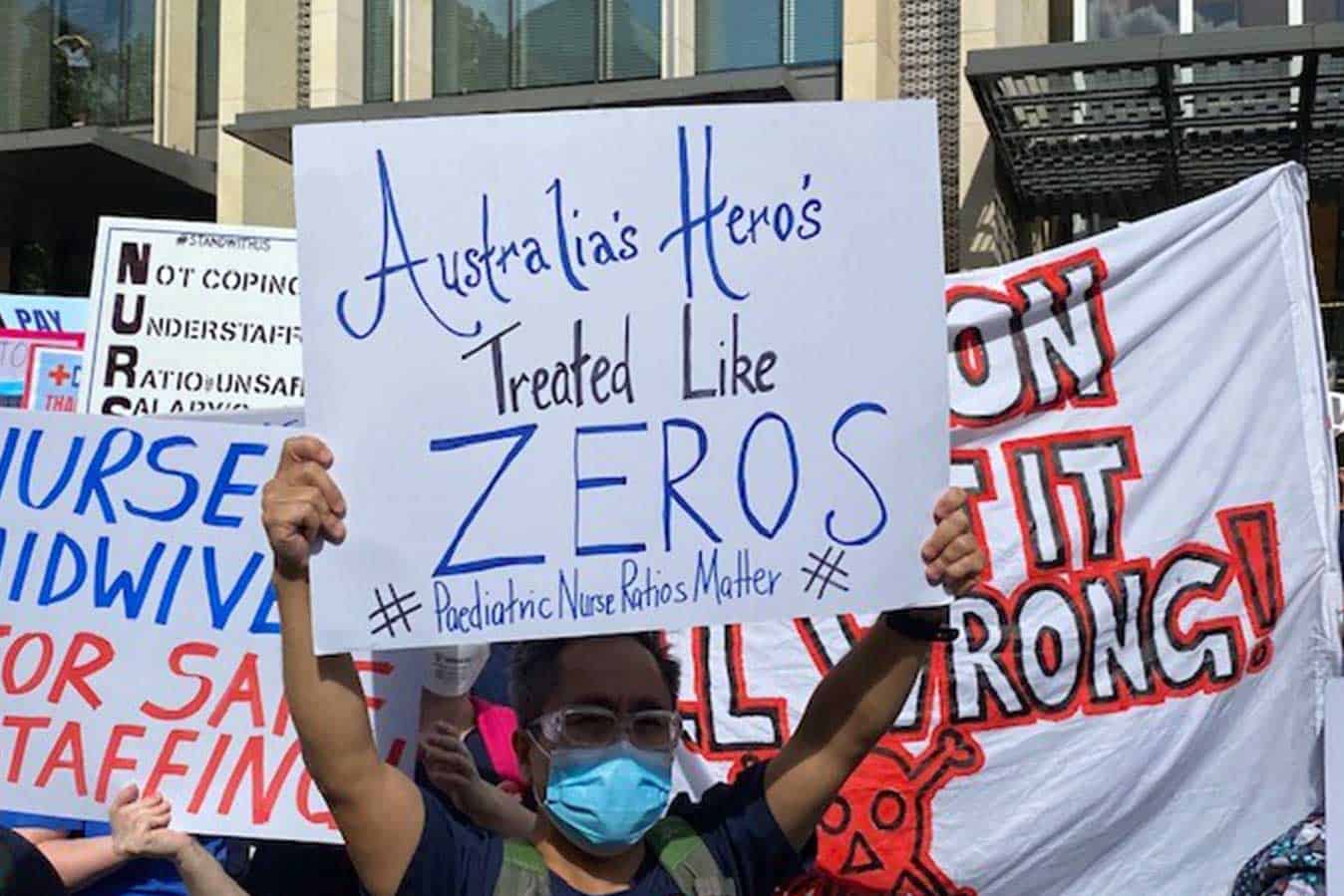 “In the past five weeks there have been multiple ‘code yellow’ incidents across the state, which signals an internal staffing emergency inside a health facility,” he said.

“These are becoming more frequent across metropolitan and regional sites because of the staffing issues.”

“Our members are scathing of the government’s unwillingness to continue an open dialogue with us about their claim for shift by shift nurse-to-patient ratios, improved maternity staffing and a modest pay rise.”

The union says it has not received an offer from the government since meeting with the NSW Premier on 21 February, almost a week after the first strike.

NSWNMA Assistant General Secretary Shaye Candish said unless the government agreed to meaningful discussions regarding safe staffing ratios and recognised their impact in Queensland and Victoria, more staff would continue to leave the state.

“This is a problem of the government’s own making. We’ve now got a situation where more and more experienced nurses and midwives are choosing to retire early, scaling back availability for shift work or leaving the profession all together,” Ms Candish said.

“During their statewide strike last month, members described exactly what it’s like working in our health system, and not because of the pandemic’s upheaval, but how the situation has deteriorated further.

“The government cannot keep its head in the sand and ignore the serious issues raised by its clinical nursing and midwifery workforce – the staff who are obligated to speak up when professional standards aren’t met, and patient safety is compromised.”