The CEO of the Lowitja Institute, Dr Janine Mohamed, has described this year’s Close the Gap report as a “blueprint” on the varied and generational shifts in power that can help benefit and empower Aboriginal and Torres Strait Islander people.

At the event, Dr Janine Mohamed, said that document was a “beautiful and powerful… collection of stories” that showcased the “brilliance” of Aboriginal and Torres Strait Islander people in “all sorts of settings”.

She also said it investigated power and self-determination through themes such as “Aboriginal and Torres Strait Islander led transformation, gender justice, poverty and equity, and allyship.”

Allyship, a new area of focus of the report, was extensively discussed by Dr Mohamed, who said that “genuine and meaningful allyship and large-scale structural transformation” meant more than just “listening to the Aboriginal and Torres Strait Islander peoples’ ways of knowing, being and doing” things.

“It means we must collectively embrace respect and respond to these ways if we really and truly want to close the gap in health outcomes for our Aboriginal and Torres Strait Islander peoples,” Dr Mohamed said.

“It also means understanding and seeing control: When non-Indigenous funders and services recognise and embrace our leadership, learn from us and change their ways.”

“Behind these stories… there are issues to be addressed,” she said. 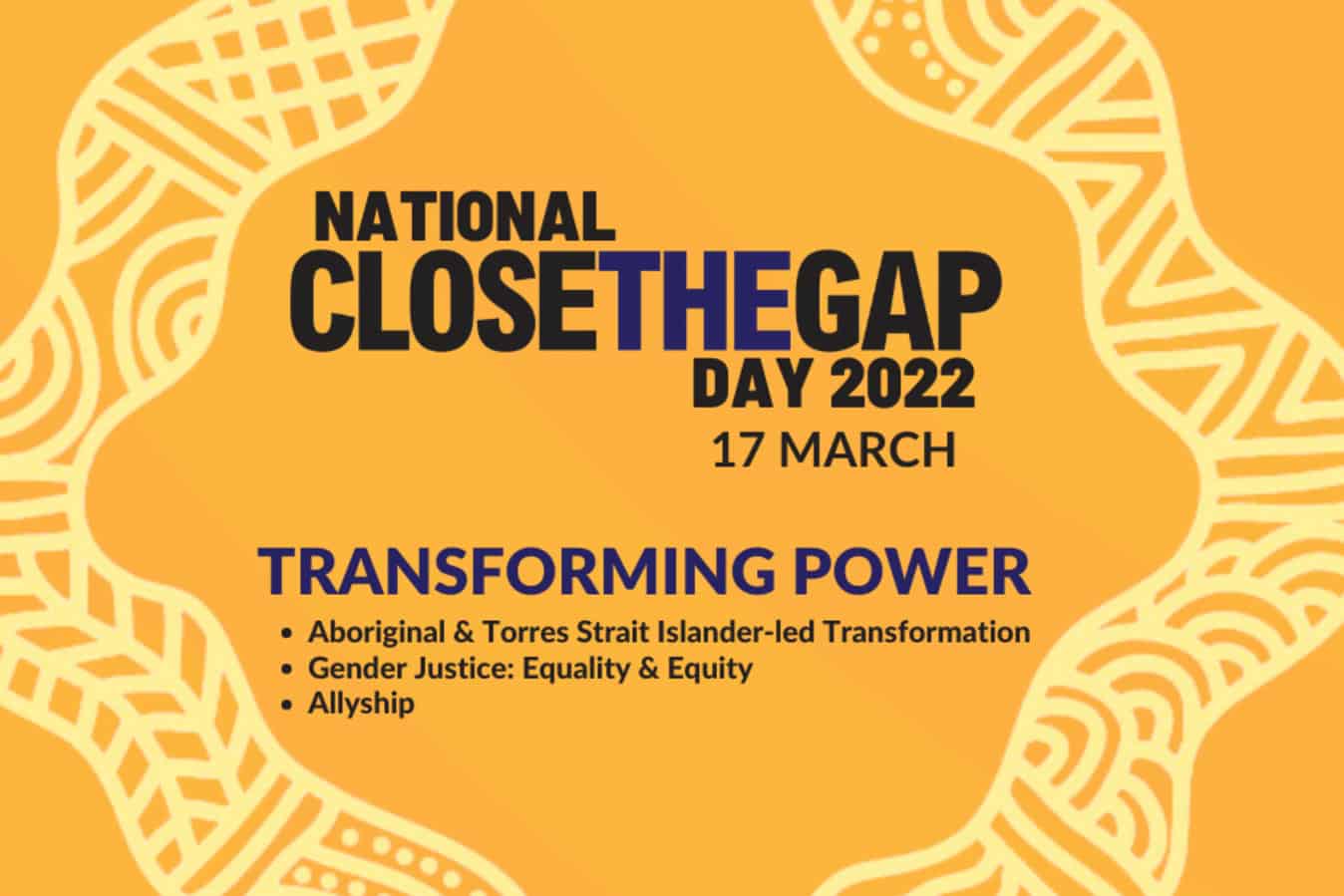 Both Mr Briscoe and Ms Oscar are the co-chairs of the Close the Gap Campaign.

A variety of speakers and later, a panel of young and emerging Indigenous leaders, spoke to the themes, including Justin Mohamed, the Deputy Secretary of Aboriginal Justice at Victoria’s Department of Justice and Community Safety and Hayley McQuire, CEO and Co-Founder of the National Indigenous Youth Education Coalition and the Co-Chair of Learning Creates Australia.

Put together by the Lowitja Institute and the Close the Gap Steering Committee, this year’s report is available for download at the Australian Human Rights Commission’s website.