The International Council of Nurses (ICN) is highlighting nurse-led initiatives that push the boundaries and showcase the abilities, skills and knowledge of the nursing profession across the globe for International Nurses’ Day 2019.

The ICN’s 2017-2019 campaign, Nurses: A Voice to Lead focuses on the need for nurses to become more active and vocal in policy development and implementation. Nurses: A voice to lead health for all completes the ICN’s three year campaign.

“This year, ICN has chosen to highlight through the 2019 International Nurses’ Day resources, how nurses all over the world are advocating for Health for All in the most challenging circumstances with limited resources, delivering healthcare to those most in need,” ICN President Annette Kennedy told the ANMJ.

“There is no doubt that there is an increasing need for educated competent nurses to play a critical role in improving the health of the population and achieving universal health coverage.” ICN is hopeful that by 2020 the value of nurses and their vital contribution to healthcare will be much more widely recognised in all countries, Ms Kennedy says.

Australian nurses are leading the way with such innovative practices, which are being recognised nationwide.

A MODEL OF CARE BASED AROUND FAMILY AND COUNTRY

An innovative community-led model of care started out with an RN doing dialysis in a corner of her lounge room in the Northern Territory.

Run from its headquarters in a suburban house in Alice Springs, Purple House’s mission is ‘Making all our families well’. The Purple House model of care is based around family, country and compassion.

“Flexibility and cultural safety is at the centre of everything we do. It’s the Purple House way,” says CEO/Founder and RN Sarah Brown, who was awarded HESTA Australia’s Nurse of the Year for 2017.

In November 2000, collaborative paintings of Papunya Tula artists from Walungurru and Kiwirrikurra auctioned at the Art Gallery of NSW raised $1 million. 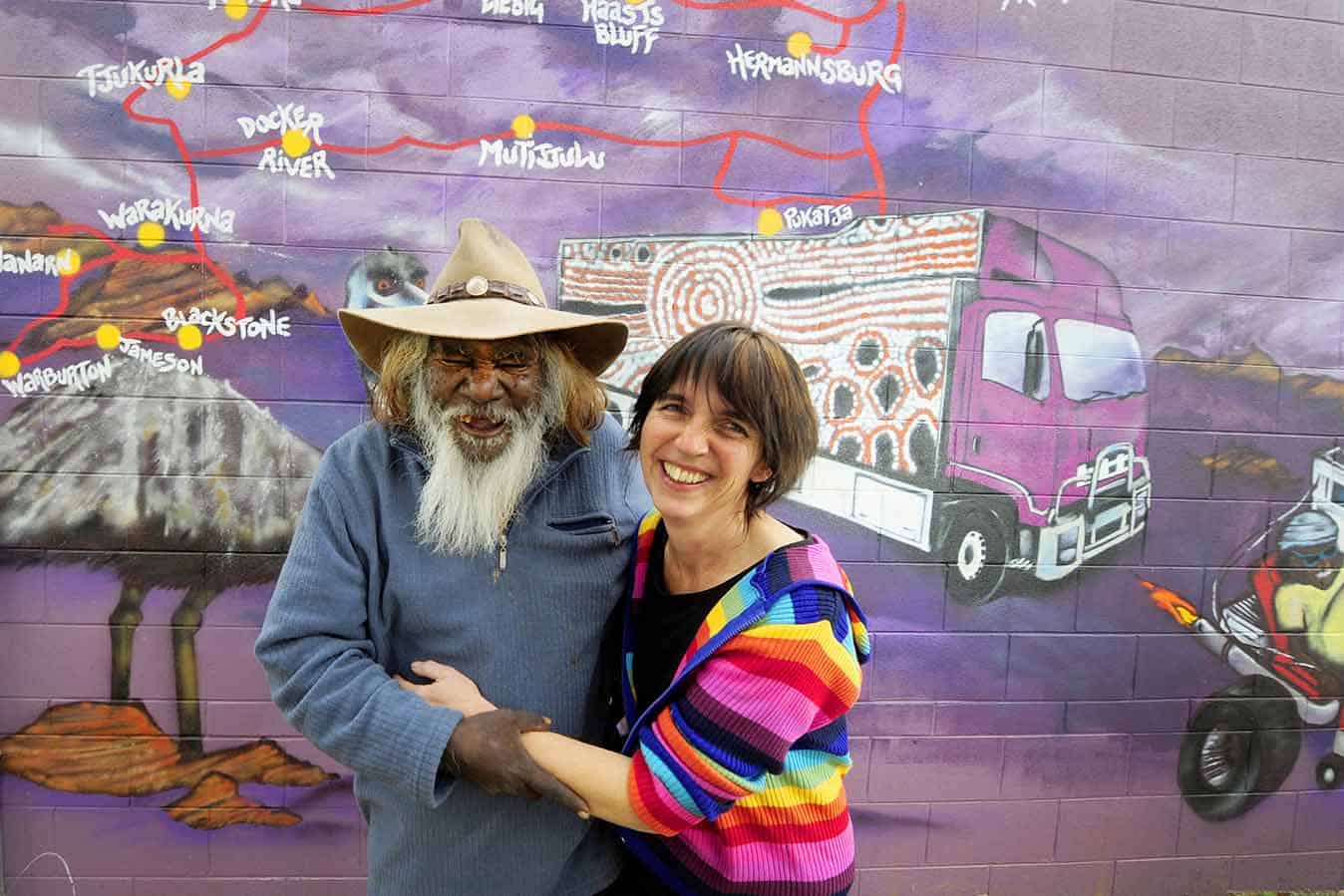 “It’s been through the dogged determination of those old fellas and some artists, the custodians of that country that wanted to see people at home,” says Ms Brown.

Since the opening of the first dialysis clinic in Kintore in 2004, Purple House now runs 15 remote dialysis clinics, three in WA and the rest in NT employing 35 nurses. By the middle of 2019, it will have expanded to SA totalling 18-19 clinics.

Data shows people who get back home to country on dialysis have less than half the hospitalisations than people who do not get home, says Ms Brown.

“People who have to leave their community and come to a regional centre with no hope of returning get sick, homesick and disengaged and are being admitted to hospital.”

A Medicare item number for nurses and Aboriginal health workers to provide dialysis in a very remote community in Australia was announced in the last federal Budget.

“Up until now we kept afloat by lots of government grants to keep the doors open.

“Staff were working minimum hours; the machine wasn’t working in the afternoons because we didn’t have the money for staff. Now as long as the patient is stable we can do dialysis out bush. What this means is that people in very remote communities can have dialysis three times a week in their homes,” says Ms Brown.

Purple House headquarters had also grown organically to meet people’s needs, she says. “It’s a crazy share house where people come in to play guitar or ring their family or have their toenails cut. There is bush making medicine where people are passing on their cultural heritage and valuing their cultural knowledge.”

“As a nurse it’s been fantastic to do all sorts of creative things to help improve healthcare.”

A NP MODEL OF CARE

A rural and remote nurse practitioner (NP) model of healthcare in a small rural public health facility in northwest Victoria has improved access to timely healthcare and reduced the number of patient transfers to the regional hospital.

The NP model of care was implemented in 2011 at Rural Northwest Health which provides the bulk of health services of the northern Wimmera and southern Mallee. The local rural health facility at Warracknabeal has a 24 hour 12-bed unit and urgent care service. The lack of emergency care especially after-hours meant the majority of patients requiring treatment for even minor health conditions were referred or transferred to the regional hospital, 60 km away.

Rural Northwest Health Campus Manager and RN Wendy James says the organisation saw the NP role as an adjunct to what was being offered and made a commitment to the role.

“We had local support from the GPs and CEO who could see the vision of the NP model had a lot to offer and didn’t get bogged down in the finances.”

Initially a locum NP was contracted to provide an ‘on-call’ service every third weekend where there was no medical practitioner cover. In 2013, a local NP candidate became endorsed and then worked fulltime in the role.

“The NP role in the rural area is a generalist role. Rural areas really need the specialist generalist role. You have to have those high level assessment skills to deal with anything that comes through the door,” says Ms James.

“It’s a collaborative model with the GPs. The NP prescribes and works within her scope of practice which means for a rural hospital we can care for people here and keep them close to home.”

The NP’s clinical expertise has contributed to a reduction in transfers to regional hospitals. Patients are seen in a timely manner,” says Ms James.

The role has extended to provide collaborative care for acute inpatients, residents in the aged care facility and in the community.

“The NP role has been highly beneficial for palliative care. We have a high rate of cardiac disease and cancer so we do get a lot of palliative care clients. The NP will visit the person and change the syringe driver or change the dose of medication. She will liaise with the family and talk to them about options such as an advanced care directive or advanced care plan if they don’t already have one. She can sit down and spend the time making sure people are able to make informed choices.”

The unique model progressed from not only filling a gap in treating unplanned urgent care presentations to providing support and mentorship to three RIPPERN nurses.

“If you have the right people, in the right place, there are endless possibilities to improve timely, appropriate, cost effective healthcare to our local rural communities.”