International Day of the Midwife: 5 May 2019

Midwives often play a pivotal role in standing up and speaking out for the rights of women across a number of important areas. Australian midwives are leading the charge at home and abroad.

Papua New Guinea (PNG) has one of the highest maternal mortality rates in the world. In 2015, a woman living in PNG was 35 times more likely to die during pregnancy than in Australia, with 215 women dying per 100,000 live births.

The alarming statistic led the Australian College of Midwives (ACM) to join the Rotary Club of Port Moresby and the PNG Midwifery Society to create a volunteer Buddy Program where Australian midwives visit Port Moresby to undertake workshops aiming to strengthen local midwifery leadership and training so all women have access to safe maternity care.

Facilitator Helen Hall, Associate Professor in the School of Nursing & Midwifery at Monash University, says midwives can make substantial impacts in the lives of women and babies.

“Too little too late captures problems in PNG where women do not have access to skilled birth attendants and there’s all sorts of contextual problems that make life difficult for them.

“In Australia, our outcomes look pretty good but we have an issue where we have too much too soon often where we intervene in what’s probably for women a healthy process. Women don’t die but we are getting a lot of women traumatised through the process and that’s not quality care.”

Ms Hall says the Buddy Program is about collaboration and building professional development and leadership capability across both countries.

“The whole thing is about mutual exchange it’s not one group going in and fixing the problems of another. 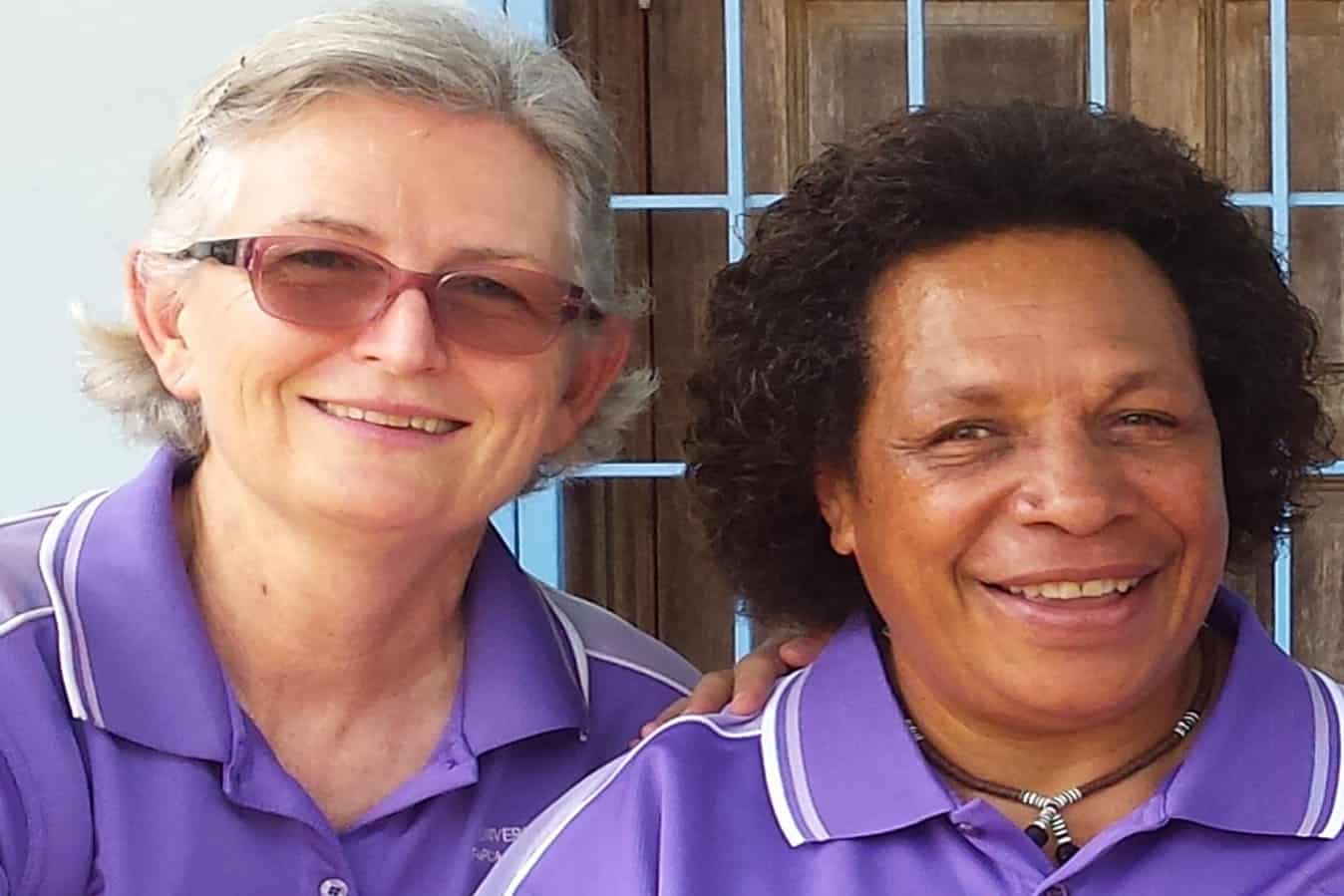 “The PNG midwives are going to teach us about resilience, innovation and commitment. They have amazing capacity to get things done under some very difficult circumstances.”

Ms Hall says challenges facing PNG are complex. “About half the women in PNG don’t have access to skilled birth attendants for a variety of reasons. Eighty per cent of people live in rural and remote communities.

“We know if midwives are well-educated, regulated and supported they can have a big impact on care and the maternal mortality rate and infant mortality rate. “We’ll spend quite a bit of time looking at advocacy and raising the profile of midwifery. We have a lot of evidence about what midwives can do but we need to share that evidence and look at innovative solutions to some of the problems that are stopping women accessing good quality respectful maternity care.”

ACM’s Buddy Program builds on the work of the Maternal and Child Health Initiative (MCHI) in PNG, an Australian-government funded project undertaken several years ago by the World Health Organization (WHO) and University of Technology Sydney (UTS) to train and educate midwives.

Experienced midwife Jane Menke, who works at an antenatal clinic at the Mater Mothers’ Hospital in Queensland specialising in caring for women from a refugee background, took part in the MCHI, spending three years living in PNG strengthening the midwifery workforce.

She signed up for the Buddy Program and is now looking forward to implementing evidence-based practice, providing support and empowering local midwives to become leaders in their profession.

“The new project to me feels like a continuation of that (MCHI), which is fantastic,” she says.

“We doubled the number of properly trained midwives so that was pretty amazing. It’s still got one of the highest mortality rates in the world so there’s still a huge amount of work to be done. We’re such a well-developed country and we have such a good health system, it seems crazy that a country right next door to us has such a poor health system and such poor outcomes for women and babies.”

Dr Kathleen Baird, Associate Professor with the School of Nursing and Midwifery at Griffi th University, ponders the theme of International Day of the Midwife 2019 – Midwives: defenders of women’s rights.

“I think midwives have always worked in partnership with women,” she says.

“We’ve never seen women as a patient. Most pregnant women are healthy women. So when I think about midwives working closely with women and working in partnership with women I see it’s navigating the maternity services with them to get the best outcome for them and their families.”

She says modern midwives, including the recent introduction of midwifery navigators, are working more and more with women from high-risk populations experiencing complex social circumstances, medical issues and with drug and alcohol problems.

“We try to ensure women get the birth choices they want and sometimes for some women they’re really clear what they want their birth experience to be like but others really aren’t sure what’s available.

“So we do a lot of education. We look after women with mental health problems and domestic and family violence. So even though we work with women who may be well and having a normal pregnancy there may be other parts of her life she needs help and support with.”

“I don’t see that midwives have the ability or the time to be engaged in really complex long term women’s lives who are experiencing domestic and family violence,” she explains.

“What I do see that role is as a gateway into the services to help women reach out and get the support and help they need. A lot of our midwives now work with community agencies to make referrals into them and work with women to give them the option of what they want to do and just let them know these services are available.”

Dr Baird’s research revealed pregnancy and the period following birth was a trigger of domestic violence, with nearly 30% of women experiencing DV for the first time during this period.

“Then of course what happens is when you bring a newborn baby home in the post-natal period we sometimes see that spike because of tiredness, a crying baby and more tension in the home. It can exacerbate.”

Four years on, she believes a shift has occurred, pointing to widespread improvements in states such as Queensland, who introduced greater tools and training, as an example of progress.

“We work with women wherever women are but really what we want is that one-to-one care. We want to work in close partnership with women and provide continuity of care. That’s how we can meet women’s needs regardless of their social or medical circumstances.”