Following his calling to care for the elderly

As a teenager in Mauritius, an island-nation famed for its palm-fringed beaches, Dayolen Kistnen lived in a multi-generational household – the norm in Mauritian society – when his auntie was diagnosed with terminal cancer.

“In Mauritius, when an elder is unwell, we look after them at home because [residential] aged care isn’t really a thing there,” says Dayolen, who was 15 at the time.

“When my dad’s sister became very ill, it came naturally to me to nurse her, to look after her.”

It was then that Dayolen realised he wanted to become a nurse.

“I told my parents I could see myself being a nurse one day and they were open to the idea, but back there, it’s not something that has great social status.”

It wasn’t until he moved to Melbourne at 22 that Dayolen had the opportunity to act on his passion for nursing.

In 2014, he landed a job with an agency as an enrolled nurse and has vivid memories of his first shift in a Melbourne hospital. Like many new nurses, he had the jitters, checking things twice and three times to ensure he didn’t make a mistake.

“Suddenly you’re in a position where people are at their most vulnerable, and they’re relying on you to care for them,” he says.

Later that year, he enrolled in a Bachelor of Nursing at ACU’s Melbourne Campus, so he could further develop his skills to become a registered nurse.

In the penultimate year of his bachelor’s degree, Dayolen loved his final placement in an emergency department but felt a calling to try other types of nursing.

“The thing that was missing in emergency was that continued contact with the patient,” he says. “Before you know it, the patient is transferred to a different ward or they’re discharged. For me, too often it felt like you didn’t know if you’d really made a difference.”

Dayolen found his true “calling” in aged care, where “the nurse’s ongoing connection with the resident is crucial”.

He graduated with a Master of Clinical Nursing at ACU in 2018, which led to several managerial roles in the aged care sector. He is now the is the facility manager of mecwacare’s O’Mara House in Traralgon, a city in the Gippsland region of Victoria.

“Even in management, I think that being good at your job comes back to having a caring nature,” he says. “It’s about being able to connect with people and having a sense of closeness and empathy towards others that really makes a huge difference.”

Since late 2021, Dayolen has been collaborating with his old ACU lecturer, Ashton Kline, in a partnership to provide placements to nursing undergraduates.

He’s also pursuing his MBA with an eye on his future goal to become a CEO in the aged care sector.

“That’s where I want to be someday,” he says. “And when I’m in that position, I want to be the best as well, so I continue to support and care for people, wherever I am.”

But although he’s come a long way, Dayolen hasn’t forgotten his roots. He maintains a strong connection with his Mauritian homeland, and Indian heritage. And he still remembers the time he spent with his auntie, caring for her when she was at her most vulnerable.

“Sometimes those memories do come back,” he says. “If she were alive, and she had a chance to see what I was doing with my life, I think she would be proud.” 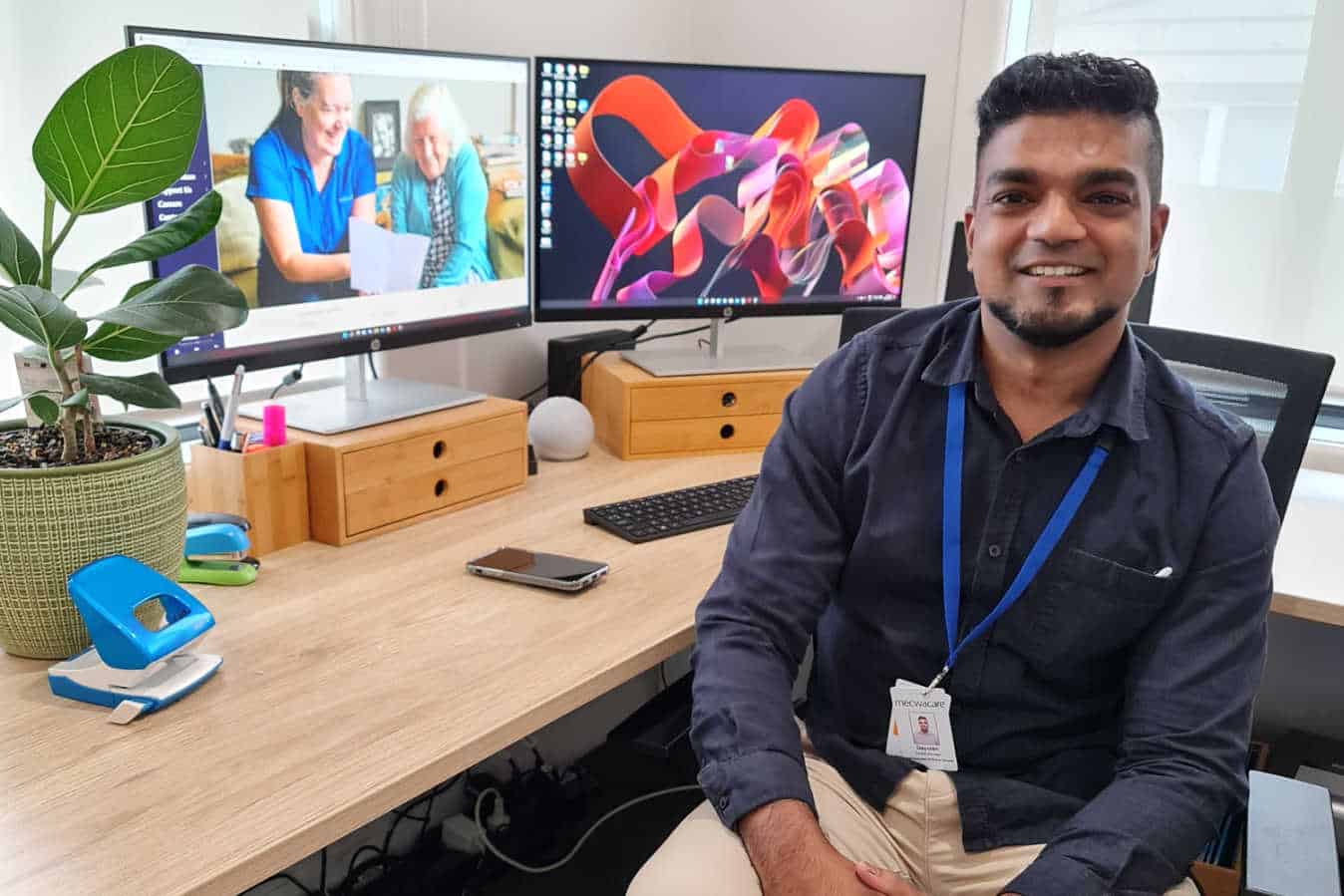 “I think that being good at your job comes back to having a caring nature. It’s about being able to connect with people and having a sense of closeness and empathy towards others that really makes a huge difference.”

ACU’s  Graduate Certificate in Clinical Nursing is ideal for registered nurses looking to upskill and develop areas of expertise.

It has been designed to expand knowledge and skills in clinical nursing and practice.

Specific knowledge in the areas of bioscience, pharmacology, and lifespan development, relevant to your chosen specialty, will also be explored and applied to your clinical nursing practice.

In the correction health specialisation, the mental health of incarcerated persons is extensively covered. Modules include the importance of physical health, healthcare management, and consequences of accelerated ageing of the prison population.

Older persons require a multi-faceted approach to care and the gerontological specialisation will support you to undertake risk assessment, clinical decision-making and to implement risk mitigation strategies to ensure the delivery of quality and safe person-centred care.

Explore your options with ACU Online. Visit ACU for information on further specialisations and Postgraduate programs for Nurses and other Health professionals