Dementia ‘seen but not yet heard’, says peak body

The Royal Commission identified dementia as a core focus of the reform of Australia’s aged care system.

Yet, people living with the condition remain in the dark over whether the Federal government has plans to act on the final report’s recommendations, according to peak body, Dementia Australia.

At a Parliamentary Friends of Dementia event held at Parliament House in Canberra yesterday, Dementia Australia CEO Maree McCabe called on politicians to prioritise dementia when addressing recommendations in the Royal Commission into Aged Care Quality and Safety’s Final Report.

“With 472,000 Australians living with dementia, 70% of them living in the community and of those in residential aged care 70% having a moderate to severe form of cognitive impairment, there needs to be a significant commitment to dementia care made by the Federal government in words and in action,” Ms McCabe said.

“The frustrations and fears felt by people living with dementia and carers are valid. They have contributed in good faith, for many years to reviews and Inquiries and now have entrusted their lived experience expertise to the Royal Commission.

“Dementia is a progressive, terminal disease. People living with dementia cannot put their symptoms on pause while waiting for change. They are devastated that to date little action has been taken.”

Dementia Australia has provided the Federal government with a plan on what it believes is needed to deliver quality dementia care, ahead of May’s Budget.

Several dementia advocates revealed their experiences within the system at yesterday’s event.

Nell Hawe, who was diagnosed with younger onset Alzheimer’s disease last year at age 52, said her diagnosis was harrowing. 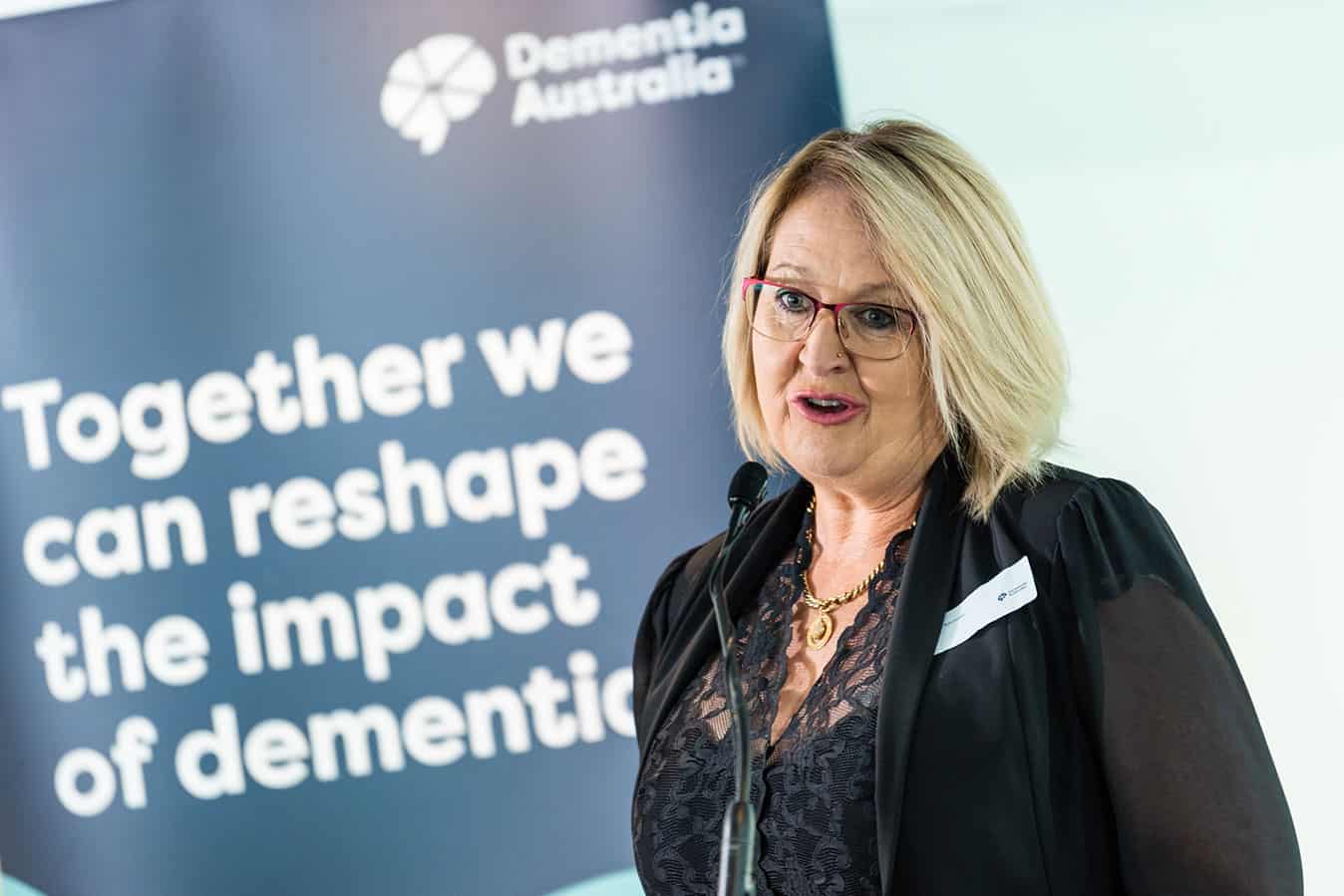 She said experts were initially complacent and brushed her concerns off as stress. Two years passed before anyone would listen.

“I could have been on medication during the two years,” she said.

“I do wonder what interventions I could have had in this time. What services and supports did I miss out on? Are symptoms worse because of the delay in my diagnosis?”

Nell said neither her doctor, nor geriatrician, connected her to services. Instead, she had to find them herself.

“Quality care for dementia means putting the person living with dementia first and at the centre of decision-making and their care. I do not want someone else to decide what is appropriate for me if they do not know me as a person.”

Fellow advocate Peter Swindell, carer for his wife, said quality dementia care would only be achieved by embedding a person-centred focus through a requirement for mandated levels of education and training including compulsory dementia components.

“Now the final report and recommendations by this Royal Commission have been released, the government have all they need to seize this once in a generation opportunity to transform dementia care and the aged care system overall,” Ms McCabe said.

“There is no more time for delay. They must act now.”